Cardinals Take Down No. 21 UNC on the Road 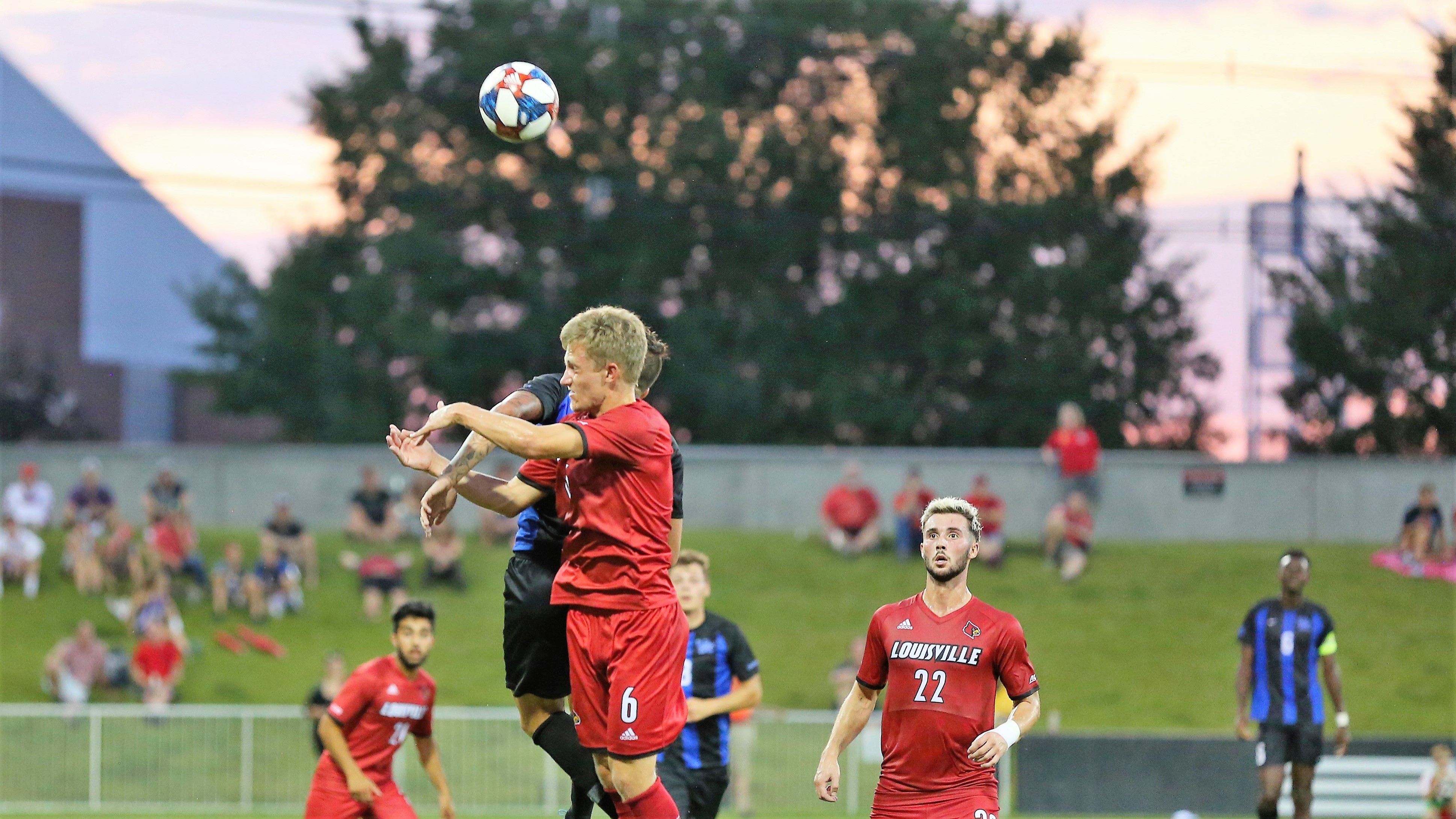 Haji Abdikadir scored the game-winner in the 35th minute

CHAPEL HILL, N.C. – Haji Abdikadir’s goal in the 35th minute and Jake Gelnovatch’s save in the final seconds propelled the University of Louisville men’s soccer team to an upset win on the road over 21st ranked North Carolina 1-0 Friday night (Oct. 25).

UofL’s first shot on goal of the game would set up Abdikadir’s goal. Kino Ryosuke got past a Tar Heel defender and had his shot bounce off the UNC goalie’s hands, and land right at Abdikadir’s left foot at the top of the box. From there, Abdikadir made a sliding shot as the ball went between a UNC defender’s legs and found the bottom right corner of the goal. The goal was Abdikadir’s first of the season.

Although North Carolina had five shots in the first half, the Cardinals’ defense keep UNC without a shot on goal.

Gelnovatch made his first save of the night in the 55th minute, punching away a shot by Jonathan Jimenez. The Cardinals were held without a shot on goal in the final 45 minutes, despite taking five shots.

Gelnovatch made his final save of the night his biggest, making a diving save to turn away a shot by Mauricio Pineda with eight seconds left in the game, preserving Louisville’s shutout victory. Gelnovatch finished with two saves to earn his seventh shutout of the season.

Louisville wraps up the regular season when the Cardinals host No. 2 Wake Forest for Senior Day, Friday, November 1 at 6:00 p.m.