Cardinals to Face Mississippi State in the Music City Bowl 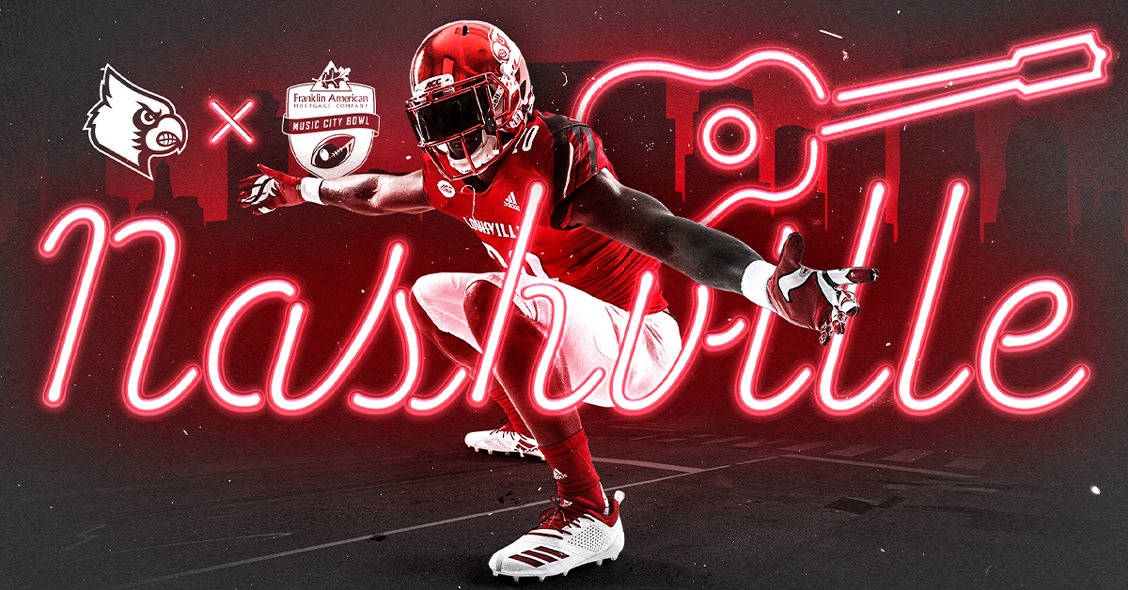 The Cardinals are 2-3 all-time against the Bulldogs.

The University of Louisville has accepted a bid to play Mississippi State in the 2019 Franklin American Mortgage Music City Bowl in Nashville, Tenn., on Dec. 30 at Nissan Stadium. Kickoff is slated for 4 p.m. (EST) and will be televised by ESPN.

This will be Louisville’s second appearance in the Music City Bowl. The Cardinals defeated Texas A&M 27-21 in the 2015 bowl behind a bowl-record 226 yards rushing from quarterback Lamar Jackson.

Tickets can be purchased at gocards.com/bowl and bowl details can be found at gocards.com/bowlcentral. Club level tickets are on sale for $108 and tickets in the lower level can be purchased for $77.  Fans are encouraged to purchase bowl tickets through Louisville Athletics to guarantee a spot in the best seats available within the UofL fan section and receive a 10% discount on each ticket.

Student ticket and travel packages are available through the UofL Student Government Association (SGA). The $20 package includes fan bus travel to and from the game, access to the official UofL pregame tailgate, and a game ticket – https://fevo.me/38dovSI. Tickets for the game only can be purchased for a discounted price of $25.

The Cardinals, who are 7-5 overall and 5-3 in Atlantic Coast Conference play, completed one of the nation’s top turnarounds among Power 5 teams. Finishing the 2018 season at 2-10, the Cardinals completed a five-game improvement, and were only the second ACC team to go from 0-8 in league play to 5-3 the following year.

The biggest improvement has come on the offensive side of the ball. For only the third time in school history, the Cardinals had a 1,000-yard rusher and 1,000-yard receiver in the same season.

Running back Javian Hawkins set a UofL single-season freshman rushing record with 1,420 yards, which is also the fourth-best mark in school history.

Wide receiver Tutu Atwell tied the school record with 12 touchdown receptions and became the first 1,000-yard receiver since 2007 when Harry Douglas totaled 1,159 yards. Atwell, who has scored a touchdown in five-straight games, has six 100-yard receiving games this year.

Defensively, the Cardinals saw improvement, yielding an average of 10.3 points per game less than 2018 and doubled their sack total from last season with 23. Linebacker C.J. Avery leads the Cardinals with 84 tackles, while outside linebacker Rodjay Burns has registered 76 tackles and a team high 9.0 tackles for loss.

Hassan Hall, a second team All-ACC performer, is one of the nation’s top kick returner, averaging 31.7 yards per return and owns a 100-yard return for a touchdown this season.

Louisville is 2-3 all-time against Mississippi State. The teams last played in the 2017 TaxSlayer Bowl, a 31-27 win for the Bulldogs.

Mississippi State finished the regular season at 6-6 and 3-5 in the Southeastern Conference. The Bulldogs have won three of their last four games, with the lone loss coming at the hands of Alabama.

Running back Kylin Hill leads the SEC in rushing with 1,347 yards and 10 touchdowns, while quarterback Garrett Shrader has rushed for 587 yards and six touchdowns.  The Bulldogs are the league’s third-leading rushing team at 226.9 yards per game.

Louisville has a rich bowl tradition. The Cardinals hold a 10-11-1 bowl record and are making their 18th postseason appearance over the last 22 seasons. Head coach Scott Satterfield, the 2019 ACC Coach of the Year, will lead a team to a bowl game for the fifth time in his career.