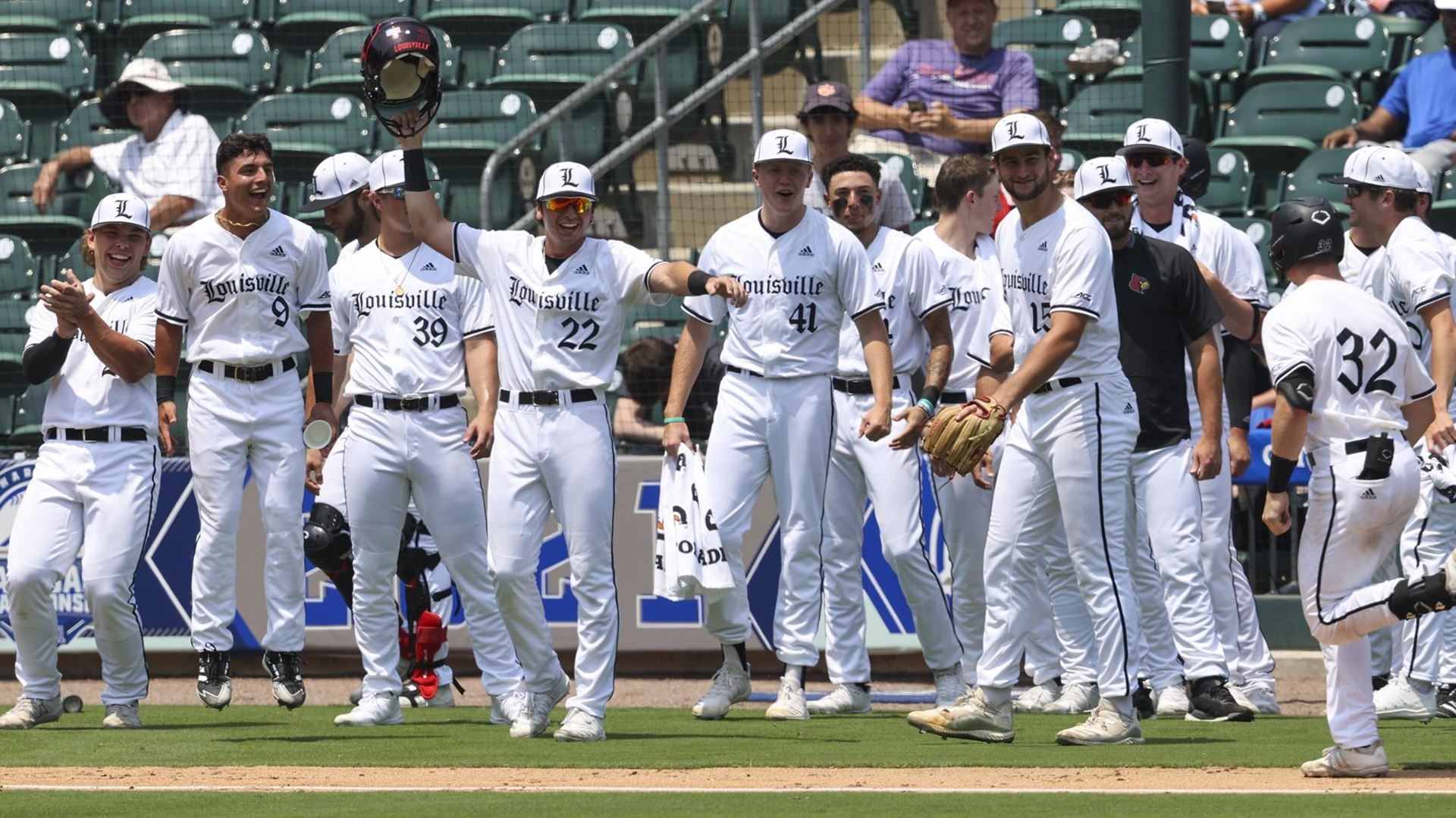 The University of Louisville baseball team opened the 2021 ACC Championship with a bang on Tuesday, pounding out seven home runs in a 15-10 victory over Clemson at Truist Field.

The seven long balls were an ACC Championship record by a single team and the most in any game for the Cardinals since hitting eight against Marshall on April 3, 2007.

Alex Binelas homered three times on the afternoon as part of a 4-for-5 day with six RBIs. He is the first UofL player to hit three in a single game since Adam Duvall did the same against Notre Dame on April 26, 2009. The three home runs also tied the ACC Championship single game record by an individual player.

Ben Metzinger and Henry Davis each homered twice on the day, the first multi-home run games of their respective careers.

Louisville (28-21) got into an offensive shootout right out of the gate on Tuesday with both teams scoring in each of the first four innings.

Following a Clemson two-run homer in the top of the first, the Cardinals answered with a sacrifice fly from Lucas Dunn and run-scoring double off the bat of Binelas to even the score at two.

The Tigers responded with three runs in the second, but Louisville again had the answer. With two away, Metzinger lined a two-run homer just over the high wall in left field to cut the deficit to 5-4 on his first home run of the season.

Clemson (24-27) added a solo home run in the third, but the Cardinals matched and topped it in the bottom half. Davis went the other way to make it a one-run game and then Binelas followed suit two batters later to tie the game at six.

The seesaw affair continued in the fourth with Clemson getting a two-run shot before Metzinger hit his second long ball of the day, another two-run shot to make it eight apiece. Davis then kept the home run parade going with a long home run off the left field scoreboard to give Louisville its first lead of the day.

The Cardinals pushed one across in the fifth on a Christian Knapczyk sacrifice fly, then Binelas stretched the margin out with a three-run shot in the sixth. Binelas later capped the day with a solo home run off the batter’s eye in centerfield in the eighth.

Kaleb Corbett made his first career start on Tuesday, but he and Evan Webster each worked just two innings. Carter Lohman entered in the fifth and struck out the side to post the first scoreless half-inning by either team to that point.

Lohman limited the Clemson offense to just two runs on three hits over four innings of work while striking out a career-high eight batters. Michael Kirian then handled the ninth and closed out the victory.

Louisville will have Wednesday off before playing its final pool play contest against Georgia Tech on Thursday. First pitch is scheduled for 3 p.m. ET.

·        Louisville’s seven home runs were an ACC Championship record for a single team.

·        Tuesday’s game was Louisville’s first with three players with multiple home runs in a single game since records are available in 2000.

·        Binelas was the first Louisville player to hit three home runs in a game since Adam Duvall against Notre Dame on April 26, 2009.