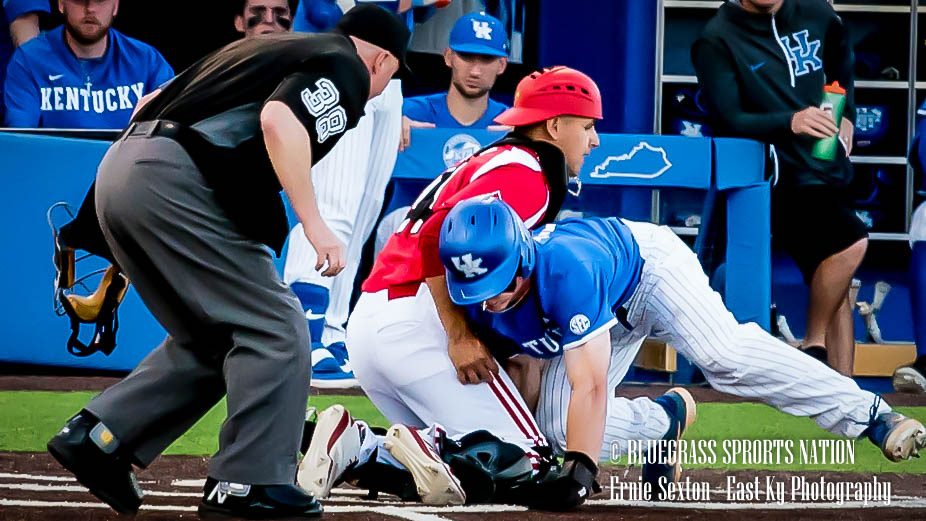 Dalton Marsh got the start for Kentucky and Smith got the start for the Louisville. Kentucky got on the board first in the bottom of the first inning, with Ryan Shinn hitting a solo homerun to left center. The Cardinals countered in the top of the second inning with Lavey hitting a double down left field, scoring Wyatt to tie the game at 1-1. In the bottom of the second inning, the Cats added four more runs, with Breydon Daniel hitting a two-run homerun to right field, Chad Kessler got walked, bringing in Ryan Johnson, and then on a wild pitch, Z. Lewis scored putting the Cats up 5-1 after two innings. Louisville got on the board twice in the top of the third inning to put the score to 5-3.

The final score was tonight was 18-6. Grant Macciocchi was given the loss and Jack Perkins was given the win for Louisville. Kentucky scored six runs, had eight hits, committed four errors, and left five runners on base. Kentucky gave up twenty-four hits tonight.  Kentucky was led at the plate by Ryan Shinn going 1-4, Dalton Reed going 1-3, Breydon Daniel going 3-4, Ryan Johnson going 2-4, and Z. Lewis going 1-4. Breydon Daniel was a single away from hitting for the cycle tonight. This loss puts Kentucky to (20-17) overall on the season. Kentucky gets back on the diamond this weekend as they host SEC opponent Tennessee in a weekend series. The games are on Thursday at 6:30 PM, Friday at 6:30 PM, and Saturday at 2 PM. After this weekend twenty-three of Kentucky’s forty games have been against top 25 opponents.