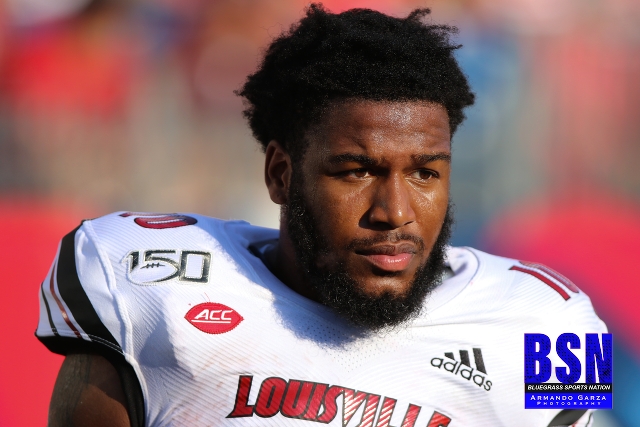 The big-play passing game of Louisville (6-4, 4-3 ACC) proved too much to handle for an N.C. State team missing its top five cornerbacks because of injury. Cunningham completed scoring passes of 43 yards to Dez Fitzpatrick, 74 yards to Tutu Atwell and 42 yards to Marshon Ford.

N.C. State (4-6, 1-5), which has five starters overall out for the season due to injury, led 10-7 at halftime after a 15-yard, second-quarter scoring pass from Devin Leary to Emeka Emezie, but gave up two touchdowns in the first 2:30 of the third quarter to fall behind by a double-digit margin.

Louisville has a reputation for big gains in the passing game as Cunningham and speedy wideouts Atwell and Fitzpatrick have stretched defenses vertically all season. The Cardinals’ 17.0 yards per completion entering Saturday’s game ranked fifth in the nation, and Louisville had 13 completions of at least 40 yards in its first nine games.

That deep-passing ability made the Cardinals an extremely challenging matchup for the banged-up N.C. State defensive backfield. Fitzpatrick got wide open behind the defense for the first touchdown of the game, and the speedy Atwell got matched up with a linebacker for the go-ahead score on the opening possession of the third quarter.

Louisville added a fifth scoring pass on a fourth-quarter fake field goal when place-kicker Ryan Chalifoux rolled right and patiently held the ball until Ford got free of the defense for a 7-yard reception. Cunningham was 13-for-20 passing for 242 yards.

Louisville: The Cardinals won after trailing at halftime for just the second time this season; they had been 1-4 when behind at the intermission. Becoming bowl eligible with two games to go is a good indicator of progress under first-year coach Scott Satterfield after a 2-10 effort in 2018.

Louisville: Plays its only November home game on Saturday against Syracuse.