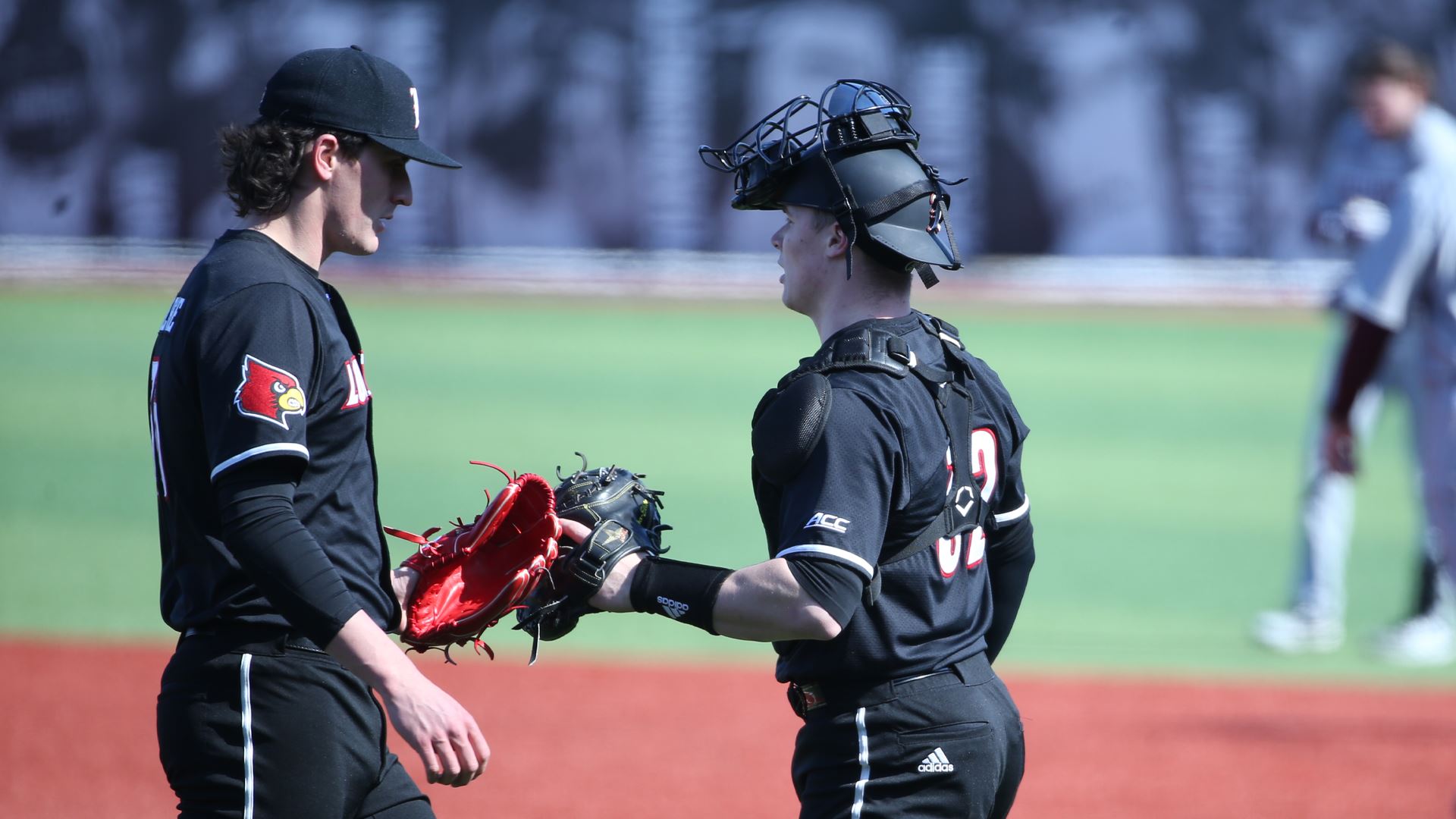 The second-ranked University of Louisville baseball team opened up the 2021 campaign with a 5-1 victory over Bellarmine on Saturday at Jim Patterson Stadium.

Glenn Albanese allowed a first inning run, but settled in and tallied four shutout frames to finish his day. The right-hander struck out a career-high seven in five innings for the victory.

Bellarmine (0-1) got on the board first, plating a run on a one-out double in the top of the first inning.

The lead didn’t last long though, as the Knights’ defense helped the Cardinals in the bottom half of the inning. With Luke Brown on third and two outs, Henry Davis rolled a groundball to third base. The throw across the infield was dropped, allowing Davis to reach and Brown to touch the plate to tie the game.

Louisville (1-0) broke out the bats in the second inning. Cameron Masterman turned on a 2-2 fastball and parked it on the berm in left field for the first long ball of the season. Dalton Rushing quickly followed with a home run of his own to put the Cardinals up 3-1.

Later in the inning, Tim Borden II singled home Trey Leonard and Lucas Dunn drove in Rushing with a sacrifice fly to give UofL all the offense it would need on the day.

Following Albanese, the Louisville bullpen was lights out with three pitchers combining to work four hitless innings. Tate Kuehner tossed a pair of scoreless frames, while Jared Poland took care of things in the eighth and Kaleb Corbett pitched a perfect ninth to seal the win.

Brown and Masterman each had multi-hit days for the Cardinals. Brown reached base four times with a pair of singles and two walks.

Louisville and Bellarmine will wrap up the three-game series with a doubleheader on Sunday beginning at noon ET.