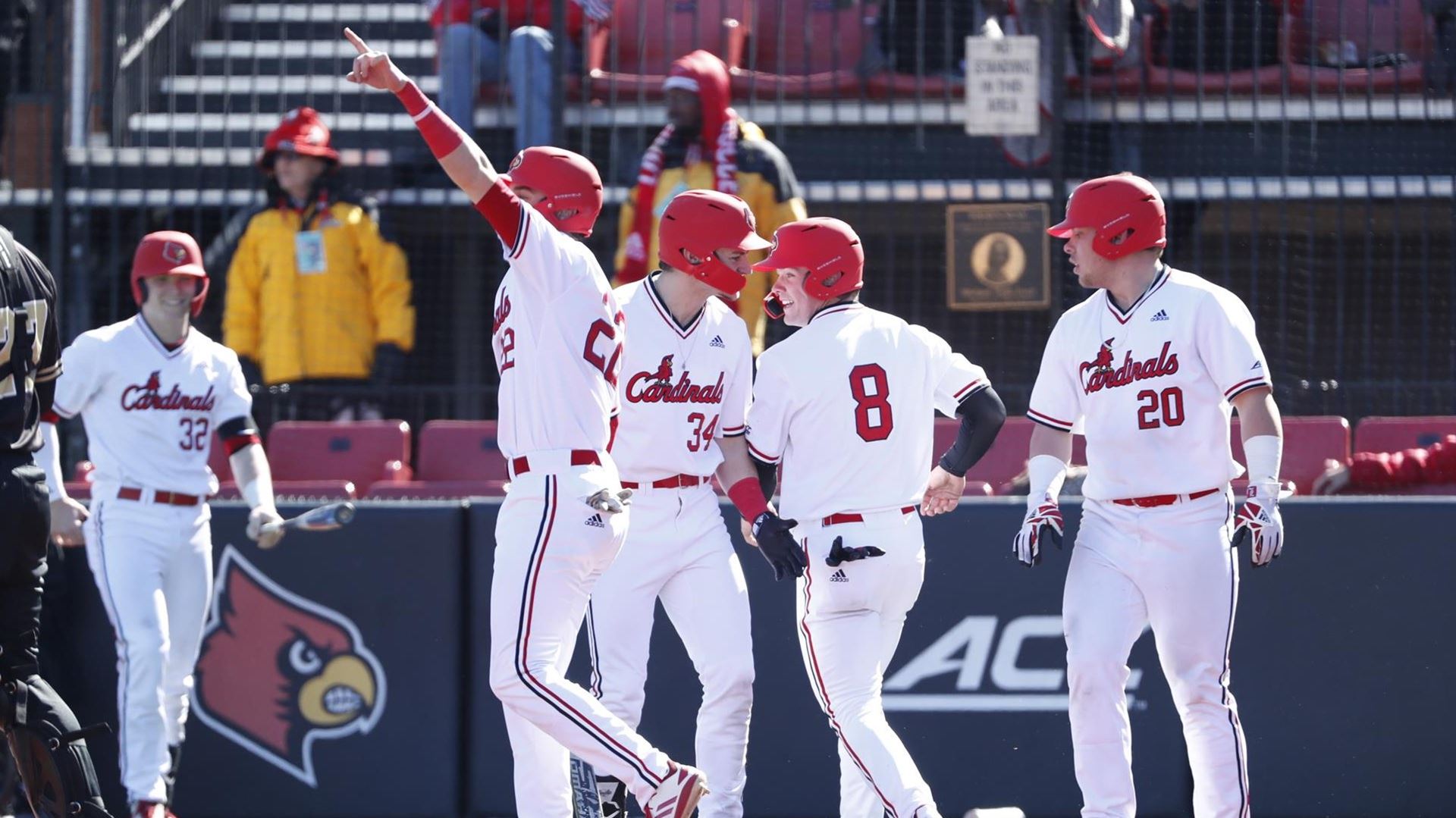 LOUISVILLE, Ky. – An offensive outburst in the middle innings and a strong pitching performance guided the second-ranked University of Louisville baseball team to a 9-1 victory over Western Michigan on Saturday at Jim Patterson Stadium.

Louisville (7-3) plated six runs in the third and three more in the fourth on its way to its sixth consecutive win.

Bobby Miller (2-0) worked 6.2 innings for the win, giving up just an unearned run on three hits with eight strikeouts. Tate Kuehner retired all four batters he faced, three via strikeout, while Ryan Hawks struck out two in a perfect ninth.

The game was scoreless heading into the bottom of the third when the Cardinals loaded the bases with two outs. Danny Oriente rolled a groundball up the middle that was mishandled by the shortstop to allow the first run to score.

Zach Britton then lofted a flyball into shallow centerfield for a double that plated two more and another pair came across as Henry Davis’ deep fly to left was dropped. Davis then forced the issue on a wild pitch trying to take two bases and the catcher could not hold onto the tag at the plate giving the Cards six runs in the frame.

One inning later, Louisville loaded the bases once again and Oriente delivered the final blow with a double to the wall in left field that scored all three runners.

Miller took care of the rest himself, retiring the first nine batters he faced before an unearned run scored in the fourth.

Seven of nine starters picked up a hit for the Cardinals, while all nine reached base.

Louisville and Western Michigan wrap up the series on Sunday with first pitch set for 1 p.m., ET.