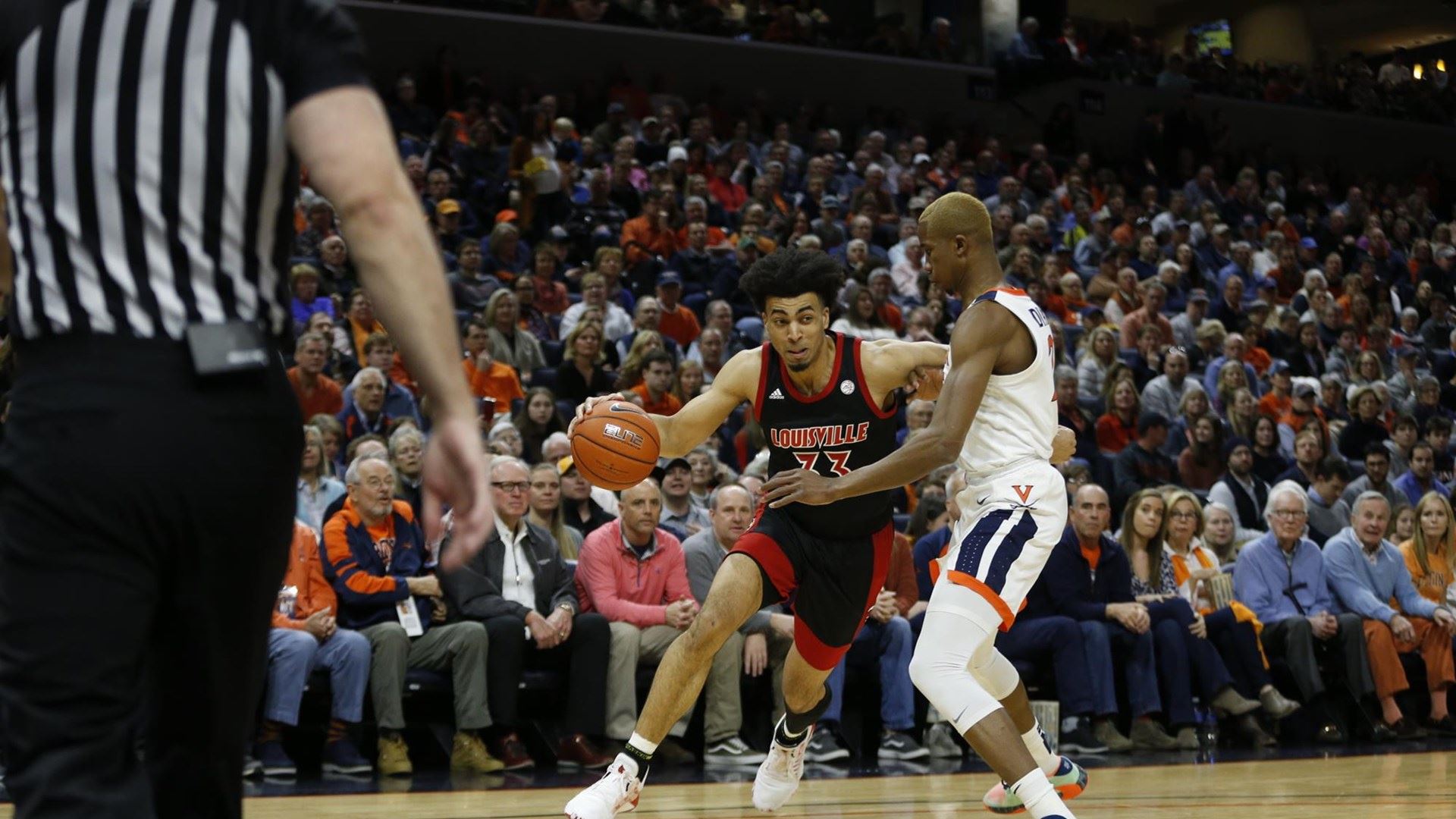 Kihei Clark scored 18 points, including a 3-pointer with 28 seconds left, and No. 22 Virginia recovered after blowing a 14-point second half lead to beat No. 10 Louisville 57-54 on Saturday.

The Cavaliers (23-7, 15-5 Atlantic Coast Conference) won for the 10th time in 11 games and moved into a tie with the Cardinals for second place in the league standings, leaving the door open for No. 7 Florida State to claim the title with a victory over Boston College.

Mamadi Diakite added 17 points and eight rebounds for Virginia in his final game at John Paul Jones Arena. Jay Huff scored 11 points and blocked a shot from in close by Steven Enoch with 51 seconds and grabbed the rebound.

The Cavaliers used a 27-8 run spanning halftime to open a 40-28 lead with just under 15 minutes to play, but then Nwora scored the first 10 points in a 16-6 burst that pulled them even at 51 with 5:11 left. Ryan McMahon and Darius Perry hit 3-pointers to end the burst, the latter Perry’s only field goal of the game.

Diakite’s free throw broke the tie, and after Louisville miss, Clark made a 3-pointer, setting off a celebration. The Cardinals only points the rest of the way came on a 3-point by Samuell Williamson with 0.03 seconds left.

Virginia: The only blemish for the Cavaliers in their final dozen regular season games came in an 80-73 loss at Louisville on Feb. 8. At the time, it represented both their highest scoring total of the season and the highest total they had allowed. … Louisville’s scoring low before Saturday was 57 points against Texas Tech, the team Virginia beat in last year’s national championship game, on Dec. 10.

Both teams will open play in the ACC Tournament in Greensboro, North Carolina, in the quarterfinals Thursday.