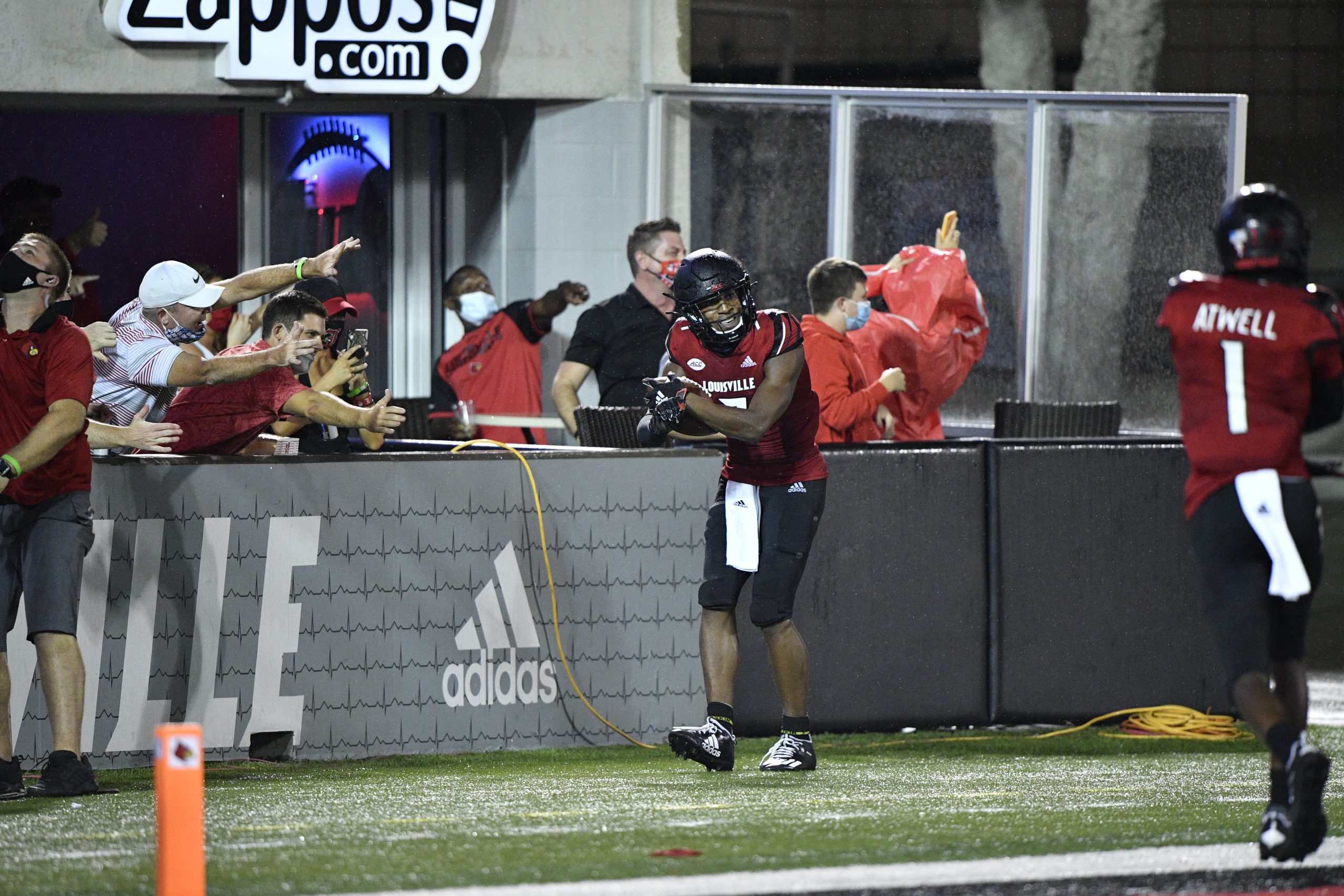 With a score almost identical to the 2019 matchup at the Titans Nissan Stadium of 38-21, The Cardinals walk away with the win over the WKU Toppers in their season opener at Louisville Cardinal Stadium. The final score of 35-21.

With both head coach Scott Satterfield and head coach Tyson Helton in their second year of their respective teams, they both come off winning bowl games in 2019. The Cardinals won the Music City Bowl and the Toppers won the First Responder Bowl. After the Toppers secured graduate transfer quarterback Tyrrell Pigrome, I wondered what the game plan would be for the Tops in this rivalry game. Pigrome was 43 percent in passing, connecting 10 out of 23 attempts for 129 yards and 1 touchdown. He carried 17 times for 68 yards. While the Tops showed some promise, two of their touchdowns came after punt turnovers deep in their zone. The Cardinals defense did a great job keeping the Tops contained to 248 yards.

The Cardinal offense, who has normally been a run first offense, was very successful through the air. Quarterback Micale Cunningham was 56 percent in the air connecting 19-34 for a career high 343 yards and three touchdowns. Cunningham was instrumental in helping the Cards offense put up 487 total yards. Cards Javian Hawkins rushed for 71 yards with 1 touchdown and Hassan Hall rushed for 66 yards. Receiving, Dez Fitzpatrick and Braden Smith had 110 yards on 4 receptions. Fitzpatrick had 1 touchdown. Chatarius “Tutu” Atwell had 78 yards on 7 receptions and Ean Pfeifer had 28 on 1 reception going in for the touchdown. Marshon Ford also scored once with 3 yards on 2 carries.

While the Toppers scored first after the Cards went three-and-out and Cards punter Logan Lupo bobbled the ball on fourth down which set up the Tops on the 1-yard line. The Tops RB Gaej Walker scored on the next play. The Cards tied the score and it stayed that way until the Cards kicked it in to gear in the second quarter scoring three more touchdowns while keeping the Tops at 7. Going into the half the Cards led 28-7.

Just like the game started, the second half was deja vu for Lupo. His first punt in the second half was blocked which set the Toppers up inside their 5-yard line. Former UofL Linebacker Malik Staples pushed through from the 1-yard line for the TD cutting the lead to two scores. The Cards, or should I say Fitzpatrick, responded in a huge way on what seemed to be an interception from a Cunningham pass. Fitzpatrick found the ball then cut in front of the defense for the completion which led to a 70-yard touchdown. After the Toppers scored on a passing touchdown, they failed to recover the onside kick. The Cards utilized their run game to run the clock down for the win!

Louisville will host Miami next week for their ACC opener and it is a College Gameday just to make it a little more exciting! Kickoff is schedule for 7:30 p.m. next “Satterday”, September 19th.