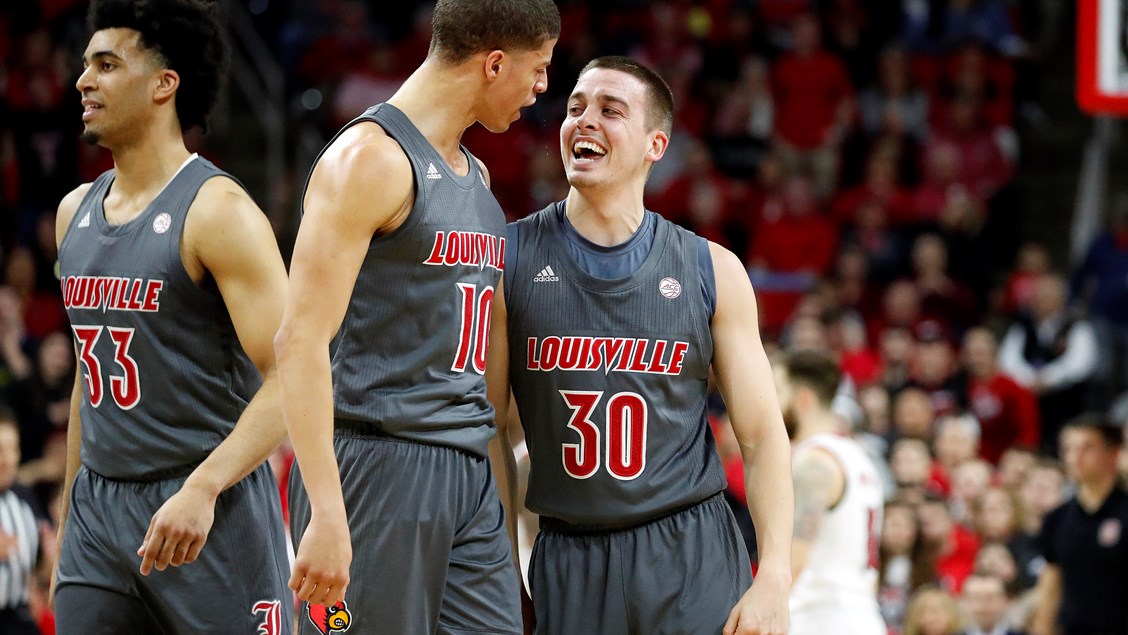 Jordan Nwora added 14 points for the Cardinals, who maintained their hold on the Atlantic Coast Conference lead with their eighth straight win. Louisville (19-3, 10-1) led by 17 points late in the first half, and then responded to an N.C. State run midway through the second half by pushing the margin right back out to 15 points.

McMahon got things going by hitting his first six shots – all 3s – in the first half. The Cardinals finally asserted control once they stopped committing fouls and turnovers after having 10 of each by roughly midway through the opening 20 minutes.

Louisville shot nearly 54% in the first half to lead 41-26 at the break, and finished at 51%. The Cardinals went 11 for 20 from long range on the day after making nearly 44% of their 3s through the previous eight games.

C.J. Bryce scored 15 points for the Wolfpack (14-8, 5-6), a welcome return to form after the team’s one-time leading scorer had gone scoreless on 0-for-12 shooting during the previous two games. Devon Daniels added 12 points, but the Wolfpack shot 33% and made 5 of 23 3-pointers to lose for the third straight game.

Louisville: The Cardinals haven’t lost since falling at home to current No. 5 Florida State on Jan. 4. That run now includes five road wins, one at Duke’s famously hostile Cameron Indoor Stadium in the only regular-season meeting between two of the league’s top teams. The Cardinals have extended what was already their longest-ever ACC winning streak since joining the league for the 2014-15 season, along with improving to 6-0 in ACC road games this season.

N.C. State: It had been a frustrating week for the Wolfpack, who followed the program’s first win at Virginia since 2005 with a loss at Georgia Tech. Then came Monday’s home loss to injury-depleted North Carolina, the Tar Heels’ seventh straight win in Raleigh. The only positives in this one was Bryce getting back into some type of rhythm and N.C. State fighting back to cut a 17-point deficit to 56-52 midway through the second half – only to see Louisville stretch that lead back out.