CATS and CARDS – Historical Summary of the Governor’s Cup 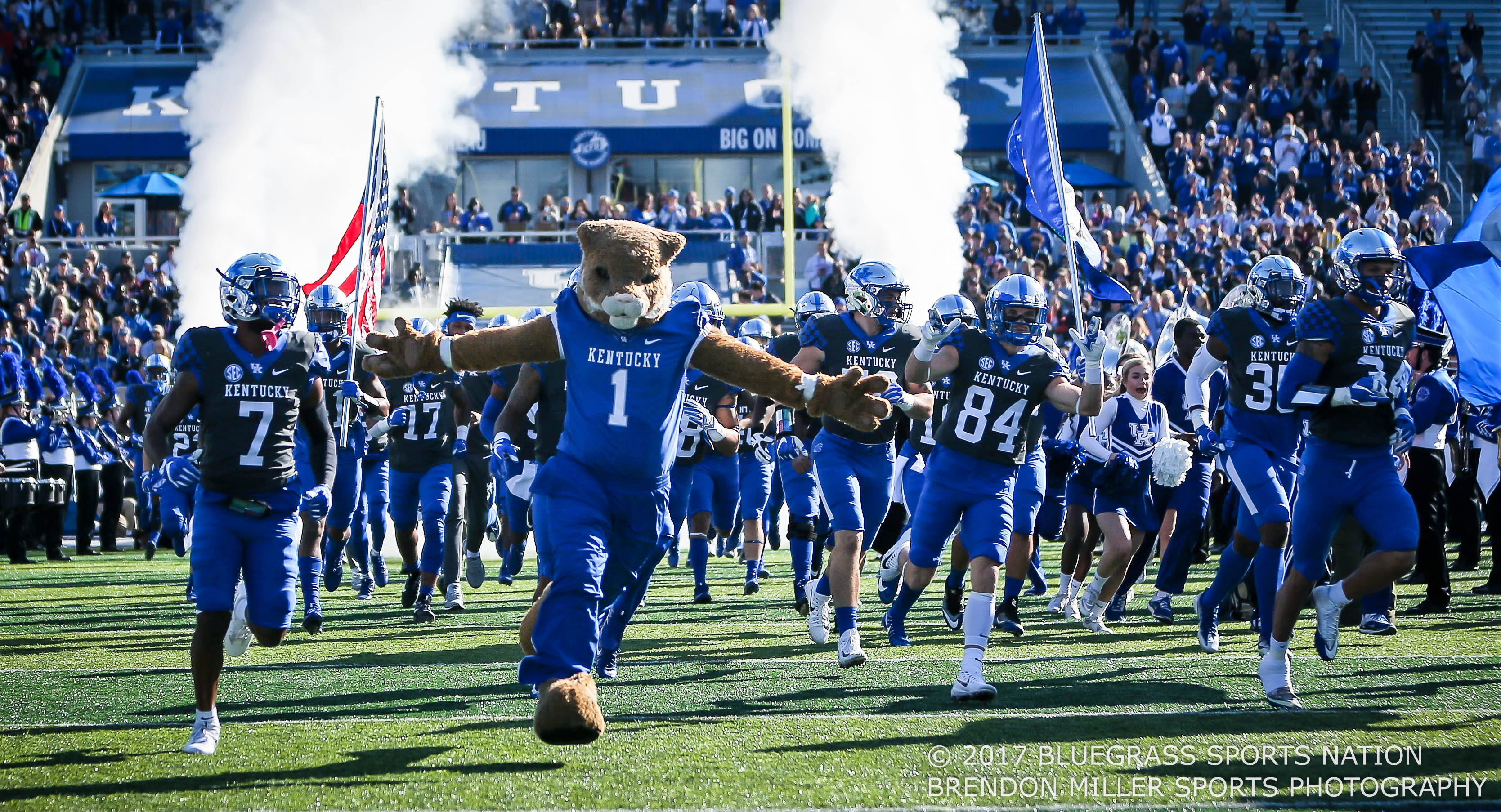 On Saturday, the Kentucky Wildcats host the Louisville Cardinals at Kroger Field. It’s no secret that these two programs don’t care much for each other. While every game is important, this game means a little bit more, to BBN especially. It will also be Senior Day at Kroger Field as the Cats will honor 11 players before the game.

Kentucky:
If the Cats defeat Louisville, they are guaranteed to finish the season with a winning record. Also, a victory over the Cards would be a big boost to UK in recruiting.

“I don’t think there is any denying when you are playing a rivalry game that it is important. I have said that since day one. I understand the importance to our fan base and our community and our state and our team. It is always important,” said Mark Stoops on Monday.

When asked about the senior class, Stoops said: “These guys have been exceptional leaders and great players for us, so we’re excited to send them off with the last game of the year being at home against Louisville, (it will) be a big opportunity.”

A Few Cool Facts about UK:

Impressively, the Cats have won eight consecutive non-conference games. Kentucky is also 16-8 in their past 24 games. UK leads all FBS schools in running plays of at least 20 yards (39).

Info on the Cards:
Louisville is coached by Scott Satterfield who is in his first season with the Cardinals. Satterfield was previously the coach for Appalachian State. In his tenure with the Mountaineers, he won 47 games in five seasons while leading the program to four consecutive seasons with at least nine wins.

Offensively, the Cards have played three quarterbacks, but have settled on Micale Cunningham. On the season, Cunningham has thrown for 1,708 yards and 19 touchdowns to just four interceptions. Cunningham is also a large part of the running game as he ranks third on the team in rushing attempts (95) and rushing yards (374).

Running back Javian Hawkins is having a tremendous season for Louisville. This season, Hawkins has rushed for 1,278 yards and seven touchdowns on 219 carries.

Tutu Atwell leads the Cardinal receiving corps as he has 57 receptions for 1,072 yards and 11 touchdowns on the season. Atwell has explosive speed which has caused problems for defenses all season long.

As for the Louisville defense, they are allowing nearly 33 points per game and 440 yards of total offense per game.

A Summary of the Governor’s Cup:
The Cats and the Cards are battling for the Governor’s Cup which was created in 1994 for the winner of the Kentucky-Louisville game. The Cup stands 33 inches tall and weighs 110 pounds. The trophy’s base and upright columns are made of hand-milled black marble. The glass components are optic-grade crystal.

Starting in 1999, Louisville won seven of the next eight meetings against the Cats. Kentucky responded with four straight Governor’s Cup victories of their own. However, the Cards answered back with five straight victories over the blue-and-white. The Cats have won two of the last three meetings, including a 56-10 beat down last season.

As for this weekend’s matchup, ESPN’s Football Power Index currently gives Kentucky over a 69% chance to win the game.

General Information:
The game is scheduled to kickoff at noon and will air on the SEC Network.