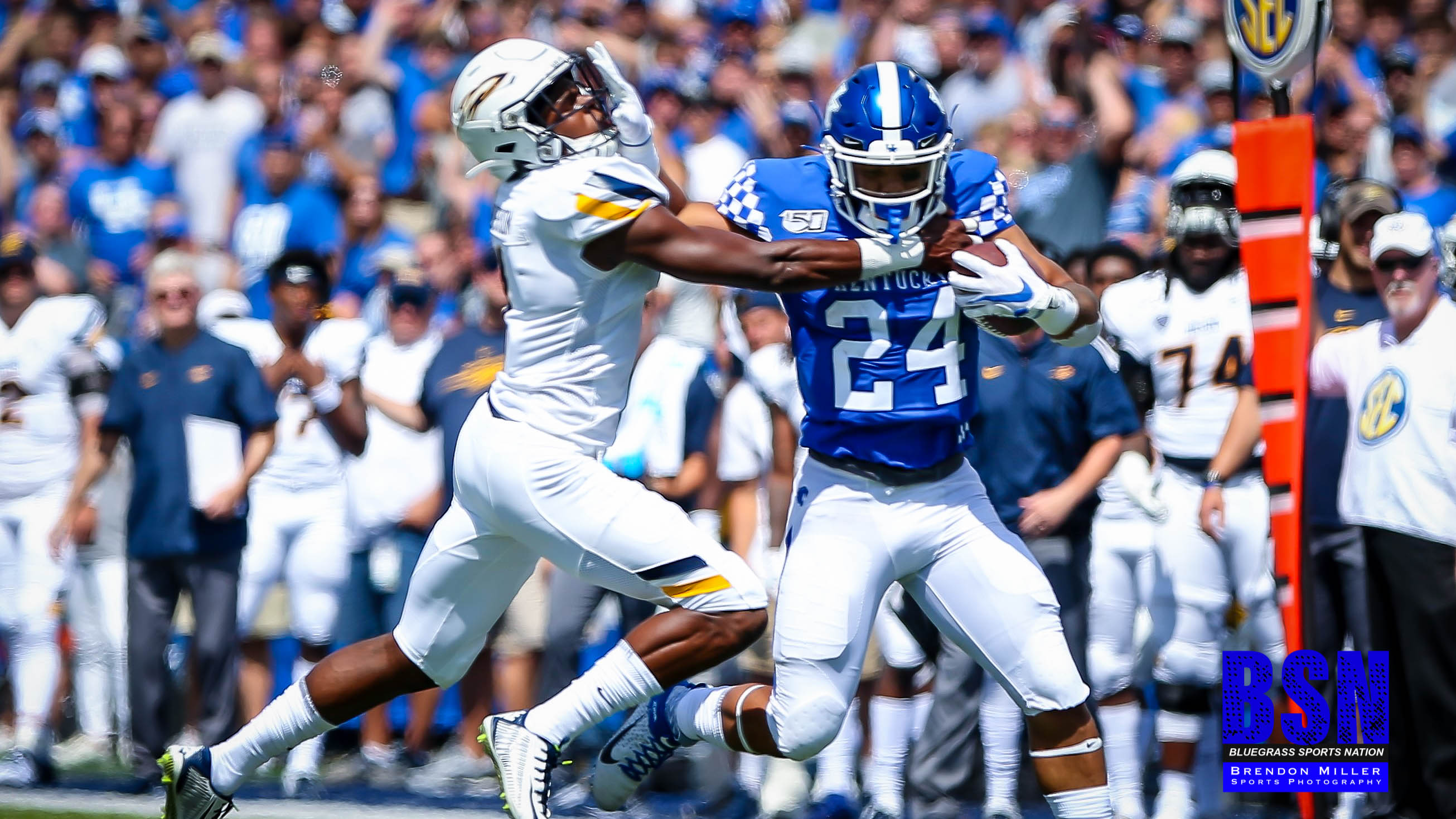 Kentucky is seeking their first SEC win of the season.

On Saturday, the Kentucky Wildcats (2-2, 0-2 SEC) travel to Williams-Brice Stadium in Columbia, South Carolina, to square off against the South Carolina Gamecocks (1-3, 0-2 SEC). ESPN’s Football Power Index currently gives the blue-and-white a 39% chance of winning the game.

South Carolina leads the all-time series 17-12-1; with an 8-5-1 record against the Cats in Columbia. Despite this, Kentucky enters Saturday’s game with a five-game winning streak over the Gamecocks. Kentucky has outrushed the Gamecocks in each of the last four games, reaching at least 184 rushing yards in each game. The Cats have surpassed 200 rushing yards in three of the last five meetings.

At Monday’s press conference, Mark Stoops had this to say about Hilinski: “He gets rid of the football. He’s a rhythm guy. He likes to throw in rhythm and get there and disperse the football. He’s got a lot of good guys to throw it to. They’ve got some talented guys at wide receiver. He likes to get rid of it. He makes good throws. He’s made some extremely tough throws, and then he just looks good when he’s comfortable out there and throwing in rhythm.”

As for Kentucky, A.J. Rose has rushed for nearly 300 yards on the season. Against Mississippi State last week, Rose rushed for 105 yards on nine carries recording his first 100-yard game of the season and the third of his career.

Lynn Bowden is Kentucky’s leading receiver. Bowden has 27 receptions on the season for 330 yards. Bowden is the first Wildcat with at least six receptions in each of the first four games of a season since James Whalen did so in 1999. Bowden is one of two players in school history, the other being Larry Seiple, to have at least 125 receiving yards in two SEC road games.

As for South Carolina, the Gamecocks are in desperate need of a victory. After Saturday’s game, the Gamecocks’ next two games are against Georgia and Florida, which makes the game with Kentucky a must-win game for the garnet-and-black.

Defensively, the Gamecocks’ sophomore linebacker Ernest Jones, Mississippi State’s Jaquarius Landrews, and Kentucky’s DeAndre Square are tied for fourth in the SEC in tackles per game with 7.8 each. Senior defensive lineman Javon Kinlaw (6’6”, 310 lbs) leads the SEC with four sacks on the season.

All things considered, this is a game that both programs desperately need to win. The game is scheduled to start at 7:30 and will air on the SEC Network.

Bluegrass Sports Nation will be at Williams-Brice Stadium to bring you all the action!