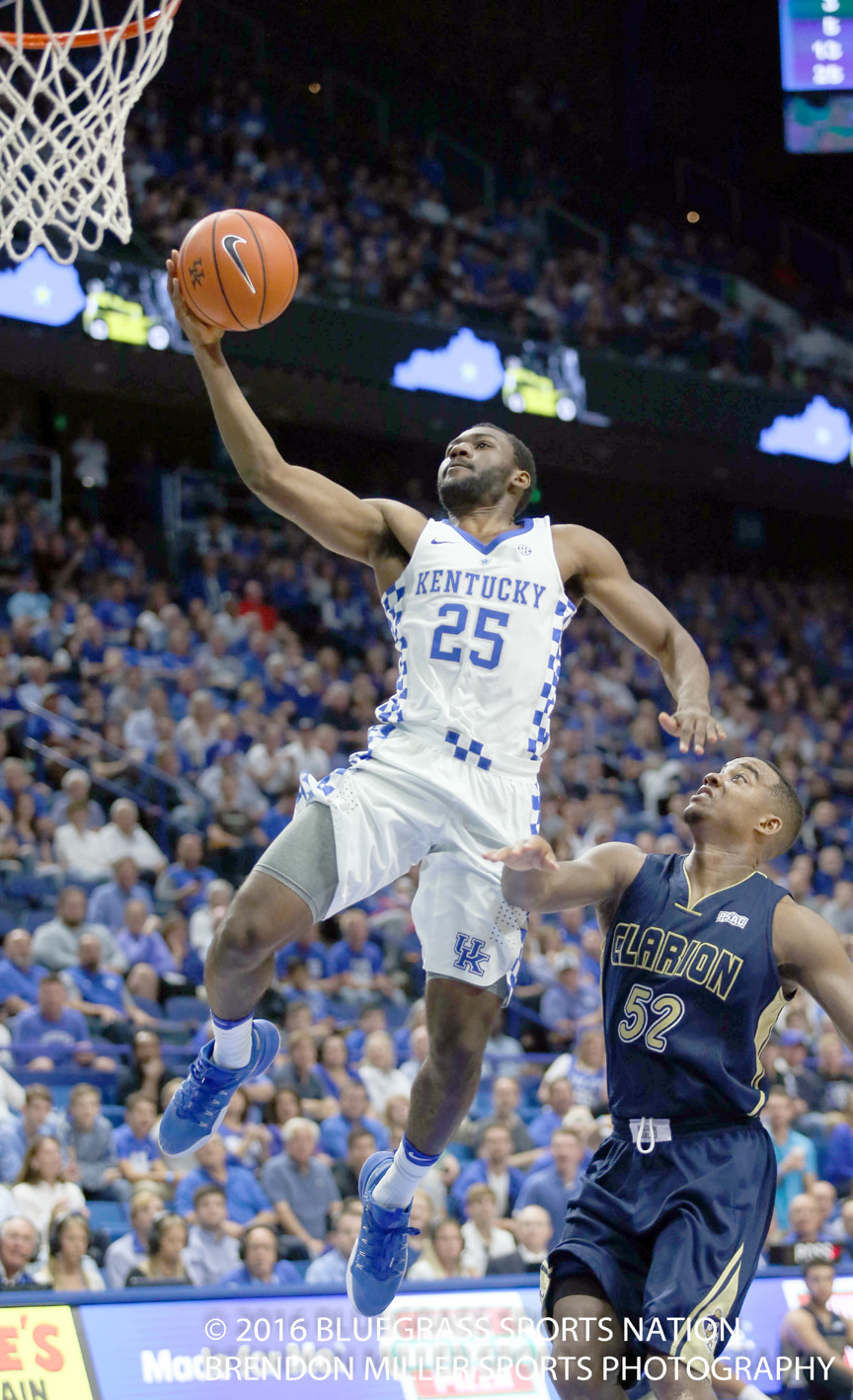 Ok, it’s an exhibition game.  Not much can be drawn from playing an over matched opponent in an organized scrimmage.

What this young group of Wildcats did get out of this game was an opportunity to line up and play someone other than them selves.  They had a chance to play in front of over 20,000 fans, which helps get out the jitters before the real season begins.  And they had the chance to learn without any pressure of losing the game.  These are all positives.

Clarion, which is the alma mater of UK coach John Calipari, has an opportunity to take home a big paycheck and get the kind of exposure that only comes from playing one of the big boys.

This was not much of a game; it was more of an exhibition.  For the fan base, it was an opportunity to see this young team up close and personal.

What we did see is a young team that is going to be quick and explosive.  Freshman Malik Monk led the team in scoring with 15 points in only 19 minutes of play, why fellow freshman DeAaron Fox chipped in 12 points and 7 assist.  The third freshman of note Bam Adebayo finished the game with a double-double, he had 13 points and a team high 14 rebounds.

The freshmen were not the only ones having a big night.  Sophomore guard Isaiah Briscoe had a team leading 11 assists and also scored 11 points, he was an impressive 4 of 5 from the free-throw line, which was a huge improvement from what we saw last year.  Senior Derek Willis was solid, with 13 points, which included a three-pointer and two lob dunks.  His outside shooting may be key to any success the Wildcats have this season.

To cap off the game, young Brad Calipari made two three-pointers, including one that he banked in while being fouled.  Brad, made his dad smile with the bank shot.  “I’m a father first” said Coach John Calipari in responding to the pleasure he took in seeing his son bank in that one shot.  Brad is a good shooter, so he may see a little playing time this year, despite being a walk-on.

By next week this game will be a distant memory, but it did give us a chance to see the young Wildcats in game action.

Next up for the Wildcats is an exhibition game against local Asbury College.