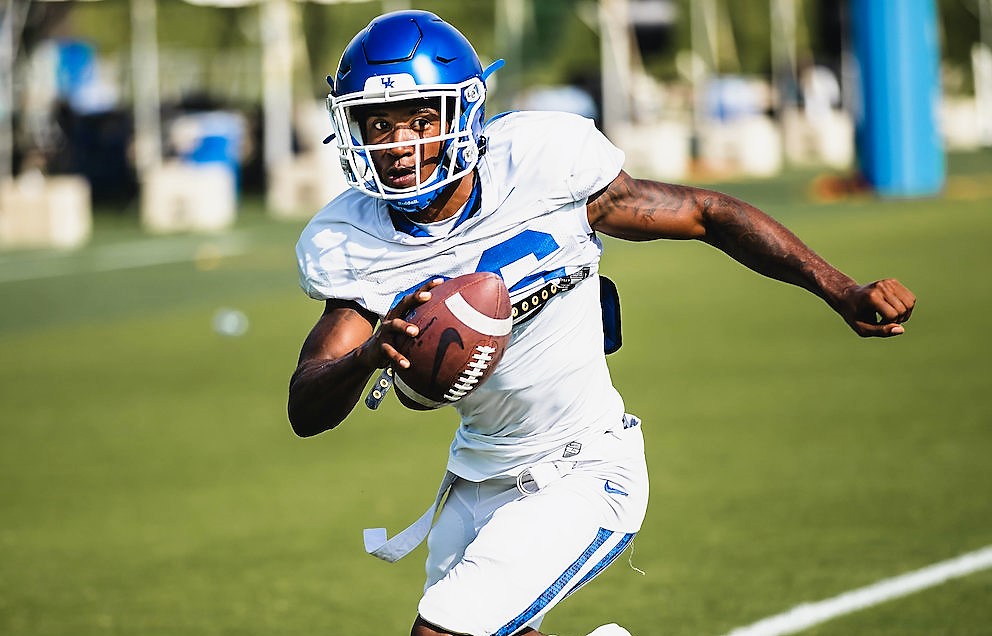 Determining the depth chart has always been a top priority for the Kentucky coaching staff during pre-season workouts, but this year, the coaching staff is looking at different ways to utilize the roster.

“You have to have contingency plans,” Kentucky defensive coordinator Brad White said. “We’re playing guys at some different spots here and there.”

White and the rest of the team’s coaching staff are formulating scenarios in case the spread of COVID-19 becomes a concern. Having a versatile roster will help fend off vacant positions, but White is hopeful the Wildcats won’t encounter those issues once the season begins in three weeks at Auburn.

“What you don’t want to do is put them in too many situations, because they really can’t get good at anything,” White said. “You do have to plan for the worst at times. We do target certain reps to give players different positions just in case that worst (case) scenario happens.

“If it does happen, it’s like coach (Mark Stoops) always has said here, the next man up mentality. We’ve got to make sure we train that depth and trust that when they get in, they’ll be able to live up to our standard.”

One of White’s standout players on defense — Brandin Echols — is already used to playing multiple positions.

In addition to a revolving roster, Echols said the team’s incoming freshman class has been impressive and could lend a helping hand if needed during the season.

“The whole freshman group to me have been the standouts,” Echols said. “They showed me something I wasn’t able to do when I first got here, which is like learn the plays faster and just get after it with confidence.”

Echols added the entire secondary is experienced from top to bottom.

“We’ve got so many talented defensive backs,” he said. “Everybody is ready and I make sure the young guys are ready in case something happens to me, so they can step up and show what they can do.”

Echols also has developed more confidence going into the season and wants to achieve bigger and better things.

Echols plans to take full advantage of his senior campaign.

“I’m glad they made the decision for us to play,” he said. “I really needed this extra year to show what I can do. Last year, I played decently but didn’t play to my full potential. This year, I can show who I really am.”