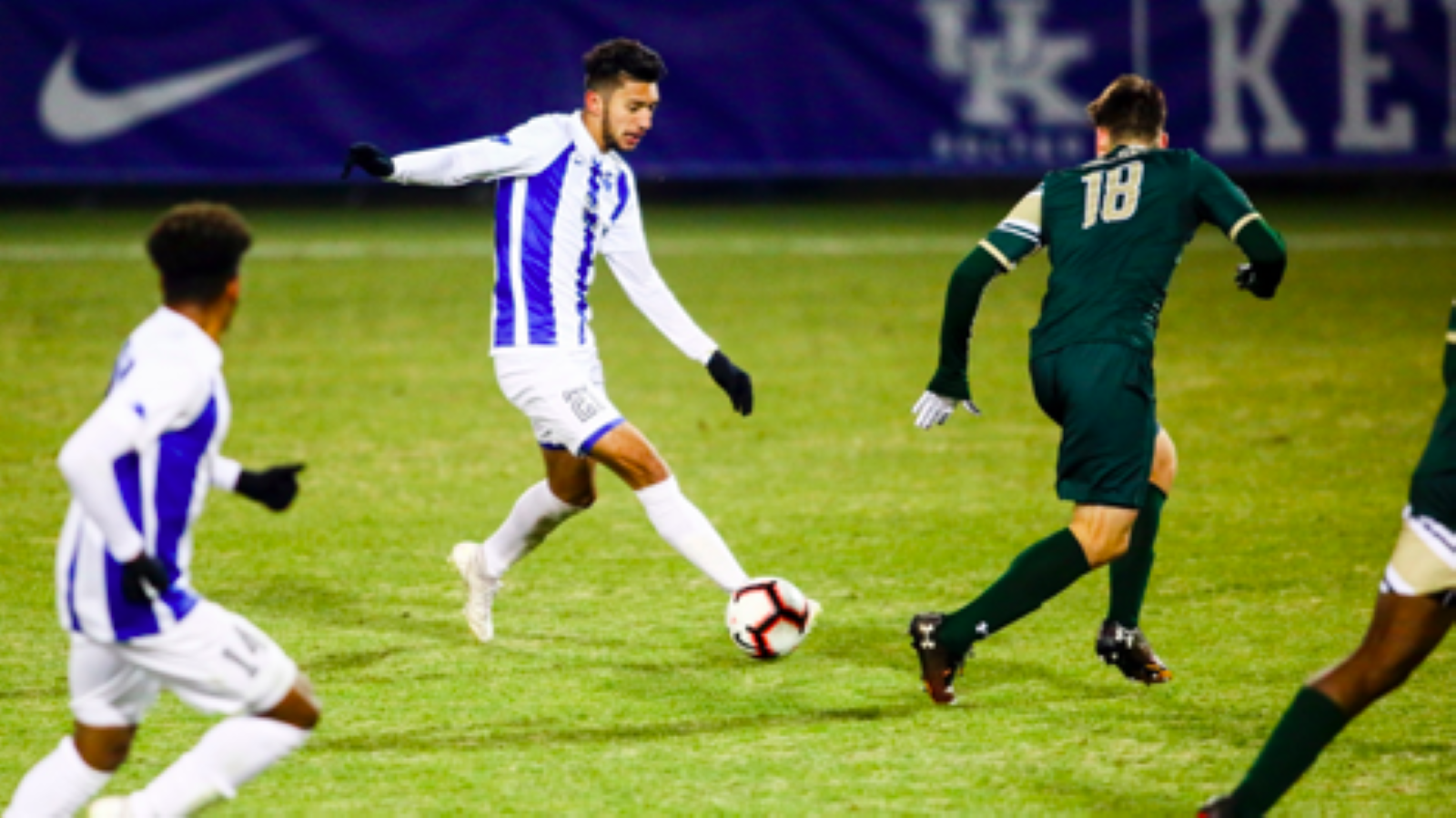 After leading the nation in shutouts last season, goalkeeper Enrique Facusse and the UK defense solidified the best mark in C-USA with the eighth clean sheet of 2019.

C-USA Preseason Co-Offensive Player of the Year Kalil ElMedkhar powered the Wildcats’ attack, picking up three points in Friday’s match with both a goal and an assist.

Freshman Jansen Wilson scored Kentucky’s game winner over the Blazers with his second goal of the season in his fifth career start. Sophomore Daniel Evans fed a cross from the right corner of the field to ElMedkhar, who serviced Wilson at the edge of the penalty box to send the ball to the bottom-left corner of the net in the 50th minute.

Making his return to the pitch after being sidelined with an injury sustained in Kentucky’s 1-0 win at ETSU on Oct. 5, fellow C-USA Preseason Co-Offensive Player of the Year Jason Reyes found ElMedkhar in space just outside the left edge of the box at the 66-minute mark. ElMedkhar made a move around two defenders back to the center of the field before connecting on the sixth goal of his junior campaign.

Kentucky’s starting back line of Aimé Mabika, John Michael Bandy, Robert Screen and Nicolas Blassou, as well as reserve defenders Keyarash Namjoupanah and Elijah Borneo, held UAB to just one shot on the night. The Cats attempted 20 overall and 14 in the second half, with ElMedkhar firing a game-high five.

Namjoupanah was honored as one of two UK graduating seniors prior to kickoff along with 6-foot-5 keeper Jackson Hawthorne, who made his second career appearance in net in the 84th minute. Would-be senior JJ Williams, who forewent his final season of eligibility as the 18th pick in the 2019 MLS SuperDraft last January, was honored by his alma mater at halftime.

Kentucky will kick off postseason play with the C-USA Championship next week, competing as the No. 4 seed. Matchups and game times will be revealed on Saturday, though the tournament is scheduled for Nov. 13-17 in Norfolk, Virginia.