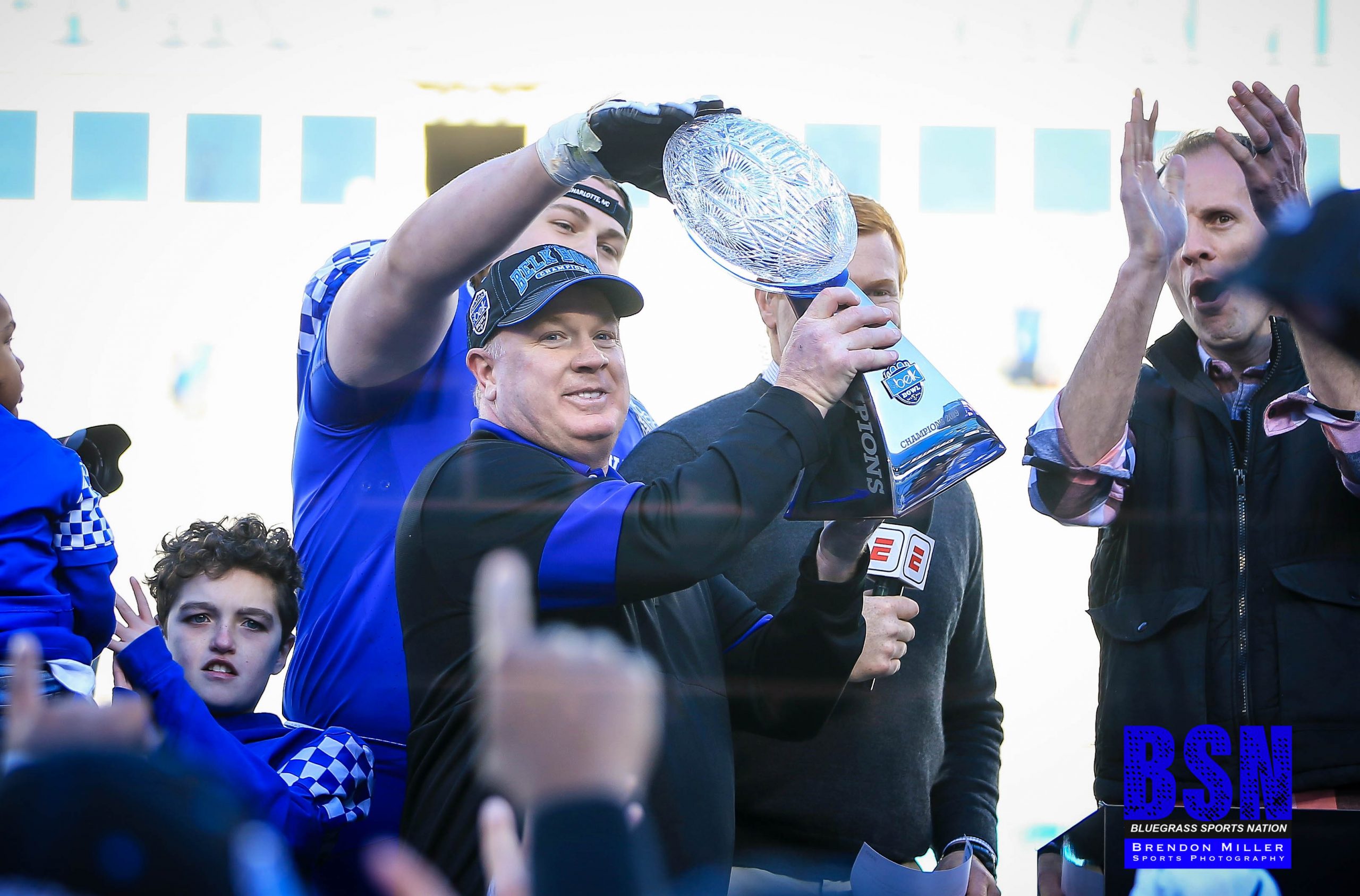 Kentucky finishes the season with eight wins following a Belk Bowl victory over the Hokies of Virginia Tech.

The Kentucky Wildcats defeated Virginia Tech in the climax to one of the most exciting seasons in the history of UK football. The game itself featured one of the most nerve-racking, exciting, down to the wire finishes that you’ll ever see.

The Cats got the game-winning touchdown on of all things a touchdown pass from Lynn Bowden to Josh Ali with 15 seconds left in the game. On the final play of the game, Virginia Tech fumbled and Kentucky’s Jordan Wright returned the ball 28 yards for a Kentucky touchdown. The final score was 37-30 in favor of the Cats. With the win, Kentucky has won a bowl game in back-to-back seasons with each victory coming over a high-quality program.

A Review of the Season:

It was a season filled with adversity and excitement, which in large part stemmed from Lynn Bowden having to play quarterback due to injuries to Terry Wilson and then Sawyer Smith.

Ultimately, the Cats went (8-5, 3-5 SEC) with essentially no threat of a passing game for the vast majority of the season. That truly is remarkable, especially considering that UK had five players who got drafted in the 2019 NFL Draft from last year’s team. Beyond that, UK had to deal with a number of serious and/or season-ending injuries: Phil Hoskins, Jordan Griffin, Isaiah Epps, Terry Wilson, Sawyer Smith, etc. Kentucky also had to deal with controversy surrounding the team’s field goal kicking and Xavier Peter’s eligibility and playing time.

Despite all of this, the Cats posted an eight-win season. It wasn’t that long ago that the best-case scenario for the UK football team was six wins or fewer, usually fewer. But now, thanks to Marks Stoops and his coaching staff, the Cats can have an eight-win season despite playing a wide receiver at quarterback. That’s how far the program has come in Stoops’ tenure. Ultimately, the Cats have established themselves as one of the top programs in the SEC.

However, what might be the most exciting thing about this year’s team is that the vast majority of the starters will return for next season. Also, the Cats will add a very talented class of players, including former LSU cornerback Kelvin Joseph. Not to mention the fact that Terry Wilson is expected to be back to 100%.

Of Kentucky’s eight wins this season, only two of those were by single digits. On the other hand, the UK losses occurred either in a close game or while Sawyer Smith was injured, with the only exception being at Georgia in game that was scoreless at halftime. The point being that the majority of Kentucky’s wins came in convincing fashion, while you could make the argument that UK should have won some of the games they lost, such as Florida and Tennessee.

Considering how the season played out, it makes you wonder what the UK season would have looked like had Terry Wilson stayed healthy. Before the season, I predicted that a 10-win regular season was a very realistic possibility and that the Cats could realistically do no worse than seven wins on the season. First off, I think it’s fair to say that the injuries to Terry Wilson and Sawyer Smith fall outside the realm of what was “realistic.” But even in spite of those injuries, the Cats still managed to produce eight wins.

With all of that said, at the end of the day the Cats finished the year with an eight-win season and a victory over an ACC opponent in the Belk Bowl. BBN, be happy. It was a great year!