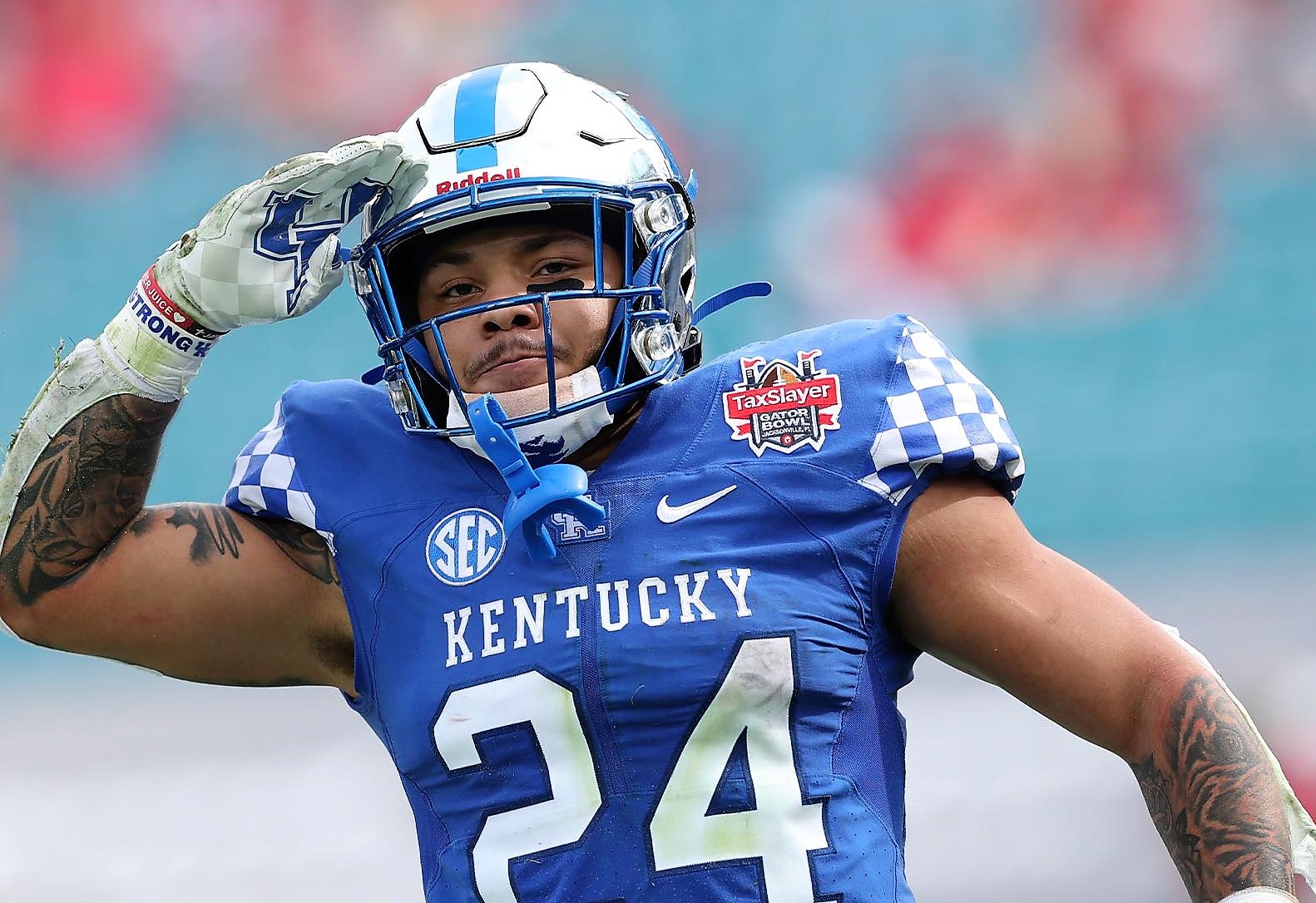 UK running back A.J. Rose tallied 148 rushing yards on 12 carries in Kentucky’s victory over the Wolfpack.

The Kentucky Wildcats concluded their season with a 23-21 victory over North Carolina State in the TaxSlayer Gator Bowl. The Cats never trailed and appeared destined for victory throughout the majority of the game.

Coach Mark Stoops has accomplished so much at UK, and Saturday’s victory marked another impressive accomplishment. Kentucky has now won three consecutive bowl games with those victories against Penn State, Virginia Tech, and NC State.

While some question the need for bowl games, the Cats have taken advantage of the opportunity to defeat prestigious programs. In each instance, they have won in relatively convincing fashion. UK’s TaxSlayer Gator Bowl victory is another step towards separating the Wildcats from their old reputation.

Kentucky scored on three of its first five possessions, while the Wildcat defense held the Wolfpack scoreless in the first half to give UK a 13-0 lead at halftime.

With just over three minutes to play in the fourth quarter, the Cats held a 16-14 lead, but NC State had the football and an opportunity to win the game. However, Kentucky linebacker Jamin Davis, who tallied 13 tackles, recorded one of UK’s three interceptions to give the Cats the possession.

On the ensuing play, Kentucky running back Chris Rodriguez scored on a 26-yard rushing touchdown to give the Cats a 23-14 lead. UK went on to win the game 23-21.

The Wildcats dominated the line of scrimmage on each side of the ball as the blue-and-white tallied 231 rushing yards more than NC State.

While the Wolfpack offense entered the matchup averaging 31.1 points per game, which ranked 10th in school history, the UK defense held NC State to just seven points through the first 55 minutes of play.