CATS Even Record with Win Over Cincinnati 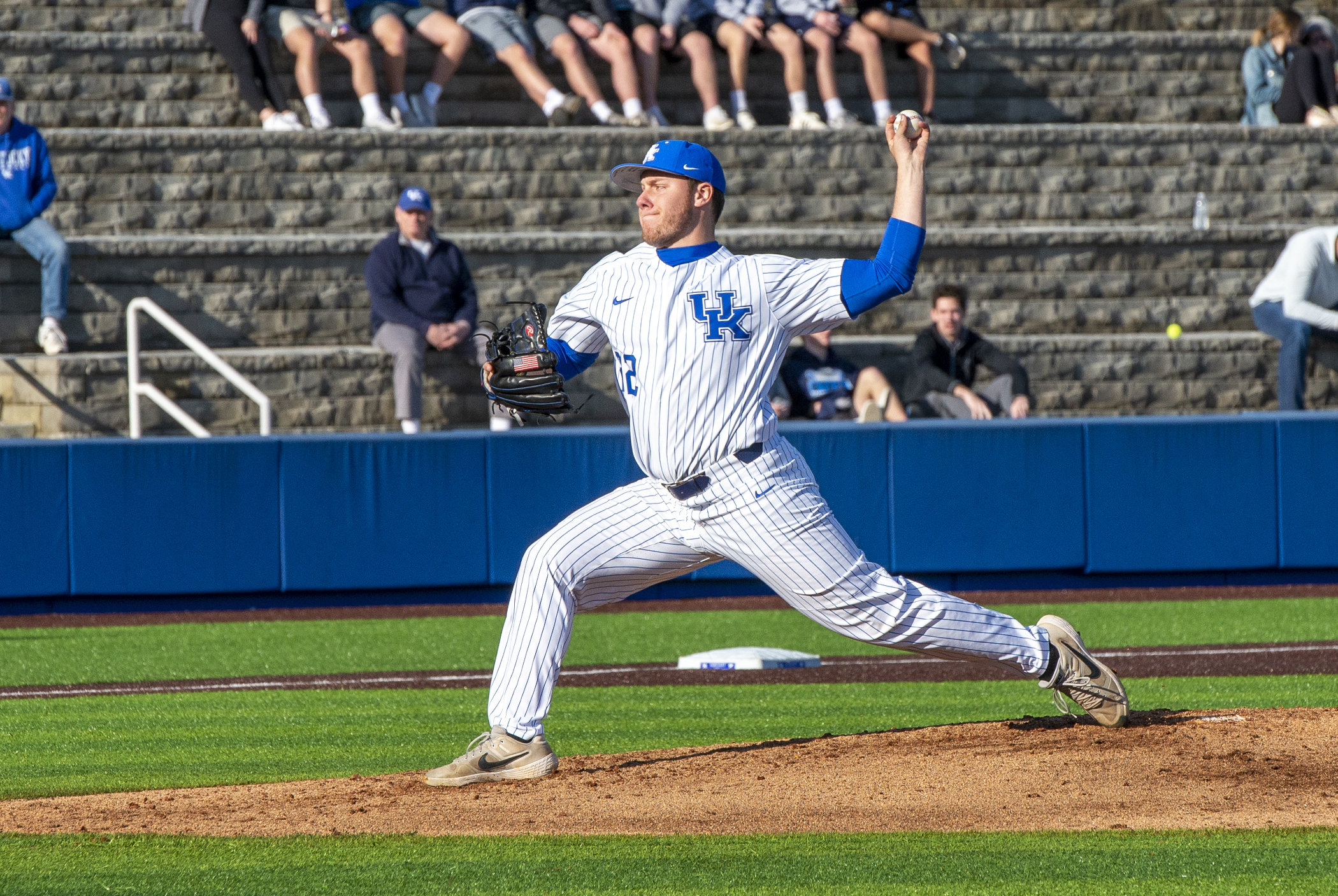 The Kentucky Wildcats got back on the diamond Tuesday afternoon, coming off a three-game sweep from UNC Wilmington this past weekend putting the Cats to (5-6) on the season. Kentucky took on the University of Cincinnati Bearcats at 4 PM at Kentucky Proud Park who came into the game with a (4-6) record on the season.

Dillon Marsh was awarded the start for the Wildcats and Vore for the Bearcats. Kentucky got on the board first in the bottom of the first inning, with Oraj Anu hitting a two-run homerun to right field, scoring Jaren Shelby to put the Cats up 2-0. The Bearcats struck back in the top of the second inning, scoring one run to cut the score to 2-1. Cincinnati added another run in the top of the third inning, tying the gam up at 2-2. In the bottom of the third inning, John Rhodes doubled down the right field line, scoring TJ Collett and Austin Shultz to put the score at 4-2.

In the top of the fourth inning, the Bearcats added another run to cut the deficit to 4-3. In the bottom of the fourth inning, Matt Golda singled to right field, scoring Zeke Lewis to put the lead to 5-3. Chase Estep then singled up the middle, scoring Matt Golda to increase the lead to 6-3. With bases loaded, John Rhodes was hit by a pitch to bring in Chase Estep to put the Cats up 7-3. Coltyn Kessler was walked with bases loaded, to score Jaren Shelby to give the Cats an 8-3 lead after four innings of play.

In the bottom of the sixth inning, TJ Collett hit a homerun to right field to put Kentucky up 9-3. In the bottom of the eighth inning, TJ Collett hit a two-run homerun to right field, scoring Austin Shultz to up the lead to 11-3. Oraj Anu hit a solo homerun to left field in the same inning to add one more to make the score 12-3. In the top of the ninth, Cincinnati was able to add one run, but wouldn’t be enough, giving Kentucky the win with a final score of 12-4.

Dillon Marsh was given the win for Kentucky to put him at (1-1) on the season and move Kentucky to (6-6) on the season. Marsh went six innings allowing three earned runs, striking out nine batters, walking zero batters, and giving up nine hits. Kentucky was led offensively from Austin Shultz going (2-4), TJ Collett going (3-5) with two homeruns and three RBI’s, Oraj Anu going (2-5) with two homeruns and three RBI’s, John Rhodes going (2-2) with three RBI’s, Zeke Lewis going (2-4), Matt Golda going (2-5) with one RBI, and Chase Estep going (1-4) with one RBI. Kentucky had seven different players who contributed with a hit. Kentucky scored twelve runs, had fourteen hits, committed one error, and left eight runners on base in Tuesdays game.