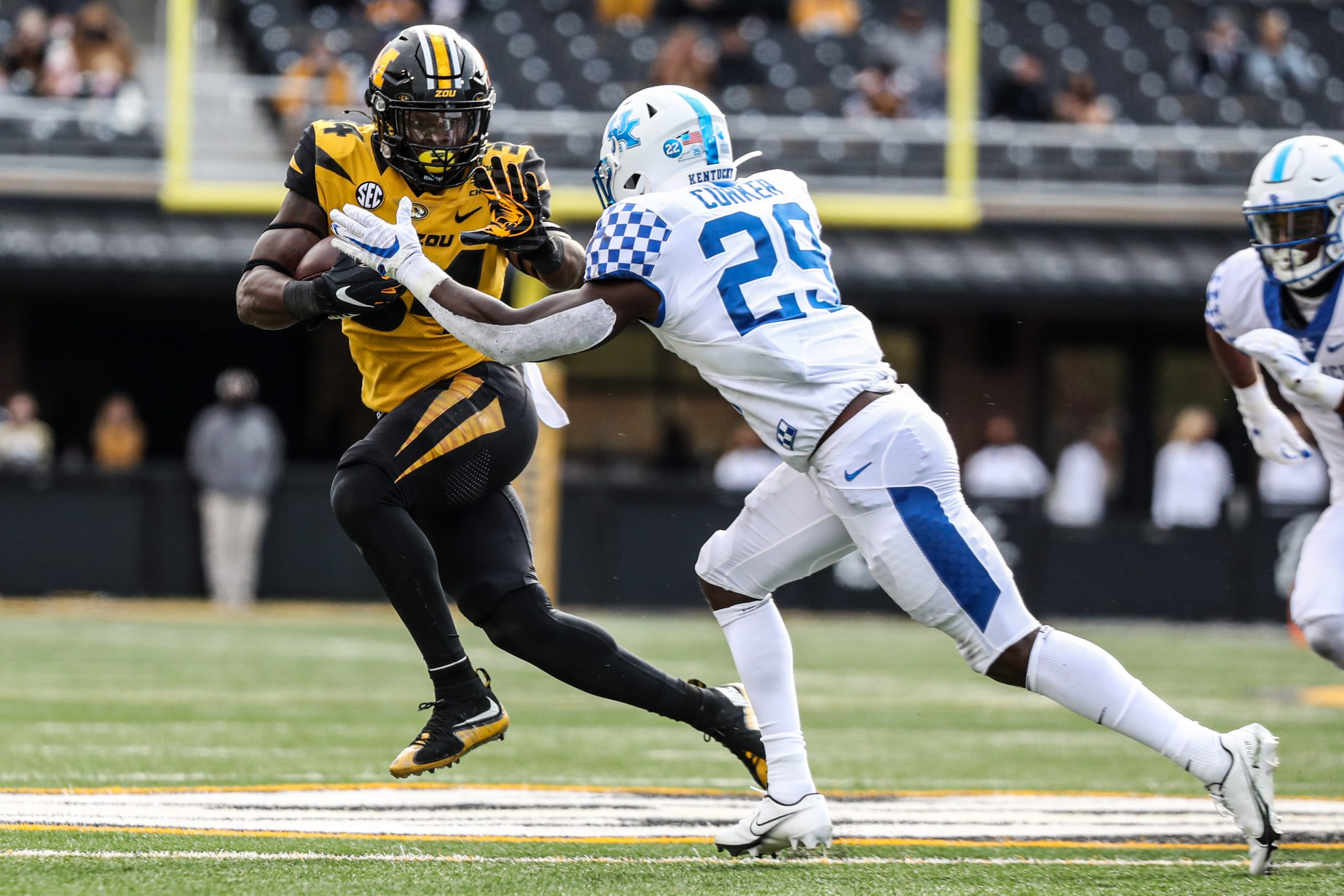 Despite the loss, Kentucky is 7-4 all-time against the Tigers.

After a historic victory against Tennessee last week, the Cats played poorly at Missouri on Saturday. The Tigers won 20-10, but it was definitely a dominant victory for Missouri.

The Tigers recorded 18 first downs more than Kentucky, ran 92 total plays to UK’s 36, and possessed the football for over 43 minutes of the game. Kentucky’s offense registered 145 yards, while Missouri tallied 421 yards.

Of Kentucky’s nine offensive drives, four were three-and-outs and only two totaled more than 20 yards. UK’s lone TD drive accounted for 75 of the Cats’ 145 yards of offense.

Following the game, Kentucky head coach Mark Stoops said, “Offensively, we had way too many three-and-outs. Thirty-six plays to 92; you don’t have a chance to win a game when it’s like that.”

The Cats’ passing attack was anything but threatening. Starting quarterback Terry Wilson was benched twice, and replaced by backup Joey Gatewood each time. Wilson and Gatewood combined to go 4-of-13 for 47 yards and one touchdown.

After the game, Stoops was asked about his plan at QB for next week’s game against Georgia. Stoops said, “Not sure.”

While the UK offense struggled, the Tigers’ rushing attack saw great success. Missouri ran the football 62 times for 220 yards and two touchdowns. Senior running back Larry Rountree powered 37 carries for 126 yards and both rushing TDs. Kentucky entered the game having surrendered 20 rushing yards or less in two of its previous six games.

“We were getting pushed around from the beginning of the game,” Stoops said. “Even though they weren’t putting up a lot of points, they were controlling the game. That’s normally what we like to do if we could physically run the ball, and get first downs, and play good defense. They did that today. They beat us at our own game, and they did it decisively.”

“I know Coach Stoops took responsibility for this one, but the way I see it, it’s our responsibility,” senior center Drake Jackson said. “We’re the guys out there playing, and we didn’t come out motivated. And that’s a shame because we do have plenty of motivation for us to play for.”

In his postgame press conference, Stoops said, “He [Missouri head coach Eli Drinkwitz] had them ready to play and that’s the bottom line. I didn’t. We didn’t respond; they did. They beat the tar out of us, and we’ve got to respond.”

What’s Next?
UK’s next game will be against Georgia on Saturday, Oct. 31 at Kroger Field. The matchup will be televised on the SEC Network.