CATS Fall Short to Gators – 5 Important Storylines from the Game 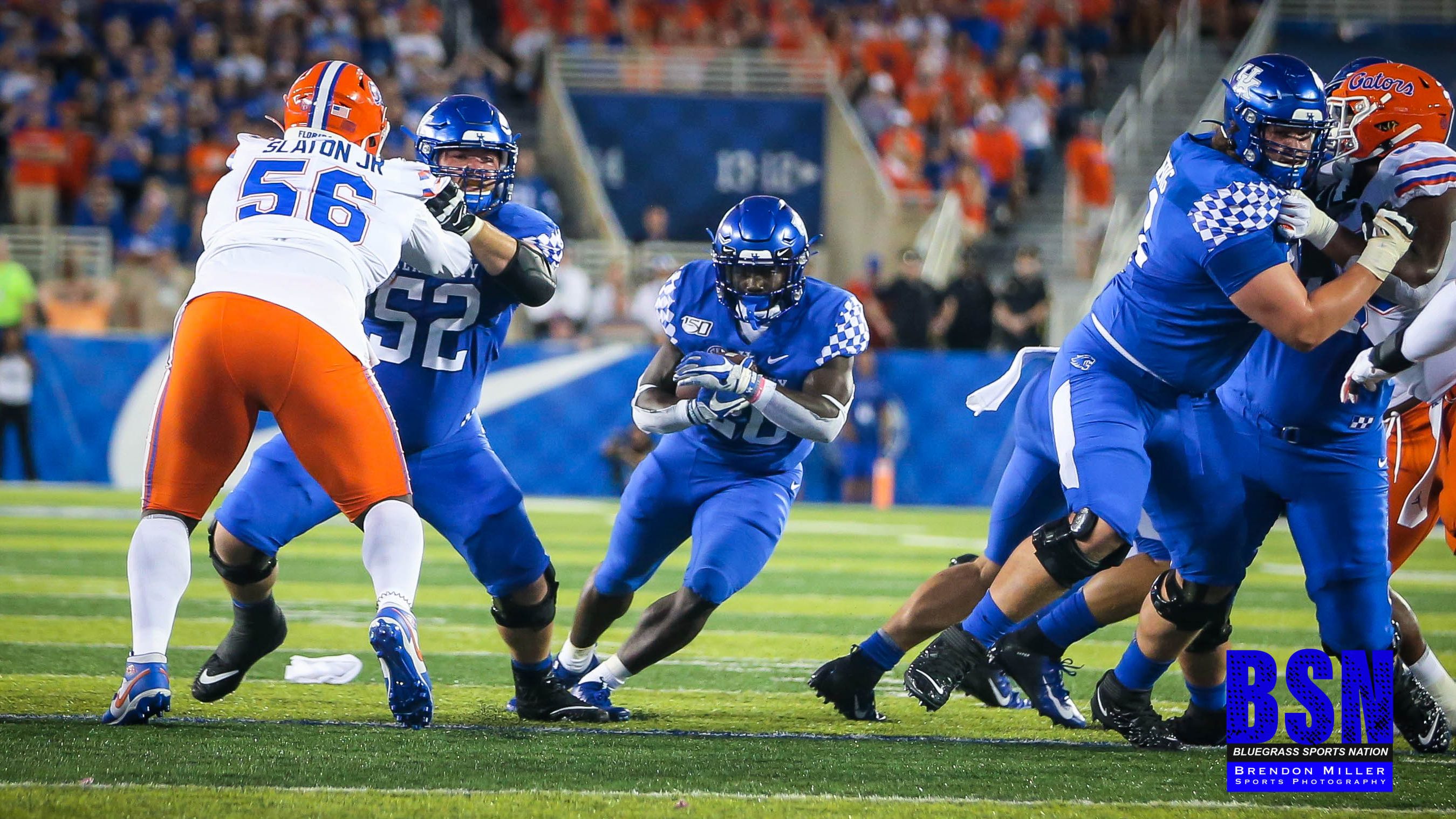 1. How disappointed should we be?

When the game ended, Kentucky fans appeared to be disappointed. To be honest, I was disappointed too for about two seconds. But, then I stepped back and thought about it: Kroger Field was sold out, the game was aired on ESPN, Kentucky started a backup quarterback, led for the majority of the game, and Kentucky looked to be every bit as good as the ninth ranked team in the country. Just because the final score wasn’t what BBN desired, doesn’t mean the night was a disappointment.

In 2008, Florida beat Kentucky 63-5 and proceeded to win the next four games over the Cats by at least 34 points. The fact that the fans left the stadium deflated, or mad, shows you how far the program has come. The expectations have changed. When you step back and look at it, being frustrated about a loss to a ninth ranked Florida team isn’t one of the worst feelings you could have.

Smith played well in his first career start as a Wildcat. Yes, he made some mistakes; however, there were more positives than negatives. Smith started the game by completing nine pass attempts for 119 yards and a touchdown. Smith even had a rushing touchdown before throwing his first incompletion of the game. Smith finished the night going 23-35 for 267 yards with three total touchdowns and four turnovers.

Kavosiey Smoke had another tremendous night. Smoke rushed for 81 yards on 16 carries with his longest run going for 16 yards. Smoke led the team in carries and even saw goal line work ahead of A.J. Rose. Smoke is averaging 7.4 yards per carry and 84 yards per game on the season.

4. Ahmad Wagner is an ABSOLUTE BEAST.

Ahmad Wagner had another tremendous night against the Gators. Wagner had three receptions for 70-yards and a touchdown on three targets. If you did not see Wagner’s touchdown catch you need to go watch it. It was a great catch. One thing is for sure, Wagner is quickly becoming a fan favorite.

5. The tight ends played a big role in the receiving game.

Kentucky fans have been wanting to see the tight ends become a larger part of the passing game for years. Last night, it finally happened. Justin Rigg had five receptions for 50 yards on five targets. Keaton Upshaw’s only reception came on a 13-yard touchdown pass from Smith. All in all, the tight ends were targeted seven times and had six catches for 63 yards and a touchdown to show for it. Definitely, a good performance by the tight end group.

I think the Kentucky football program is in a great place. Look at my list, there are a lot of positives. I even found positivity in the loss. Yes, it would have been nice to win; however, we started a backup quarterback in his first career start at Kentucky against the ninth ranked Gators and BBN feels like they had the better team. That should tell you all you need to know about this team and this program.