CATS Get a Win in Series with #5 Hogs 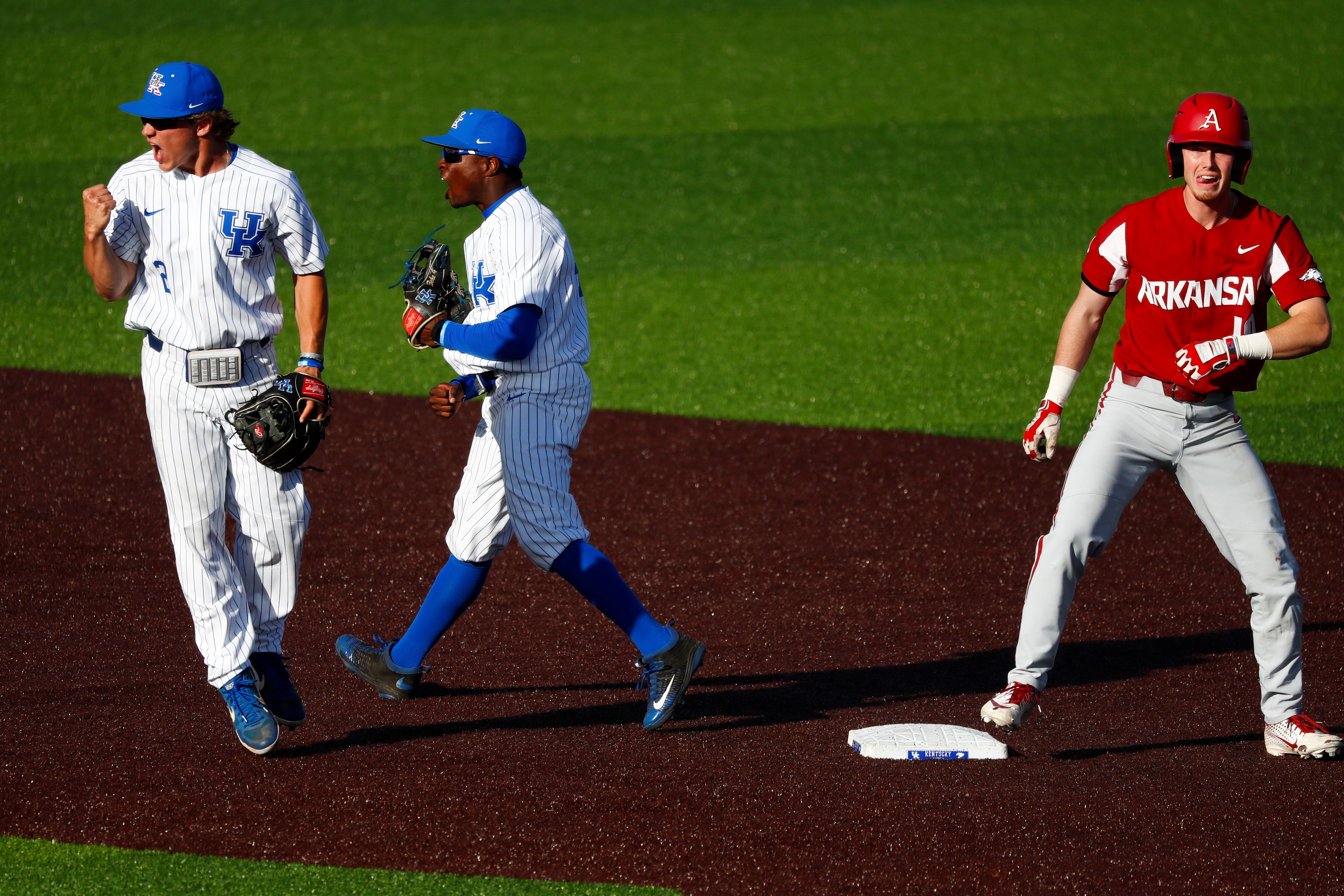 High-powered Arkansas takes two of three from CATS in Lexington.

Eastern Kentucky phenom, Braxton Cottongame, got to make another big SEC appearance getting to pitch against the #5 ranked team in the nation. Braxton pitched two complete innings, gave up one hit, had two strikeouts, walked one, and only faced seven batters in two innings. Braxton threw twenty-five total pitches, with sixteen of those being strikes. Braxton’s season ERA is 3.77.

Kentucky took the loss in the first game with the final score being 5-2. Jimmy Ramsey was given the loss to put him at (2-5) on the season. Isaiah Campbell got the win to put him at (8-1) on the season and Matt Cronin got his tenth save of the season. Kentucky was led at the plate in game one by Ryan Johnson going (2-5), Cam Hill going (2-3), and C. Kessler going (1-4). Kentucky scored two runs, had six hits, committed one error, and left eight runners on base.

In the second game, Dillion Marsh (3-1) got the start for the Cats and Patrick Wicklander (4-1) got the start for the Razorbacks. Kentucky got on the board first in the bottom of the fourth inning, with C. Kessler grounding out to second base, scoring E. Curtis to put Kentucky up 1-0 after the fourth inning. Arkansas scored six runs in the top of the sixth and three more runs in the top of the seventh to put the score to 9-1, which was the final score.

Kentucky took another loss in game two, with a final score of 9-1. Dillion Marsh was given the loss for Kentucky to put him at (3-2) on the season. Patrick Wicklander was awarded the win to put him to (5-1) on the season. Kentucky was led at the plate by E.Curtis going (1-3), A. Shultz going (1-2), Dalton Reed going (1-3), and Alex Rodriguez going (1-2). Kentucky scored one run, had four hits, committed two errors, and left four runners on base.

In the final game of the weekend, Kentucky’s ace Zack Thompson (4-1) got the start. Kentucky has five total SEC wins on the season and Zack has three of those. Connor Noland (1-3) got the start for Arkansas. Kentucky got on the board first in the bottom of the second inning, with C. Kessler hitting a home-run to right field to put the Cats up 1-0. Ryan Shinn added another home-run the bottom of the second to left center to put the Cats up 2-0. Arkansas countered, in the top of the third inning, with M. Goodheart hitting a single, scoring C. Franklin to put the score to 2-1. In the bottom of the fourth inning, E. Curtis hit a home-run to right field to increase the Wildcat lead to 3-1. TJ Collett hit a double to left center, scoring Ryan Shinn to put the Cats up 4-3. Arkansas added a run in the top of the fifth inning and the top of the seventh, but it wasn’t enough.