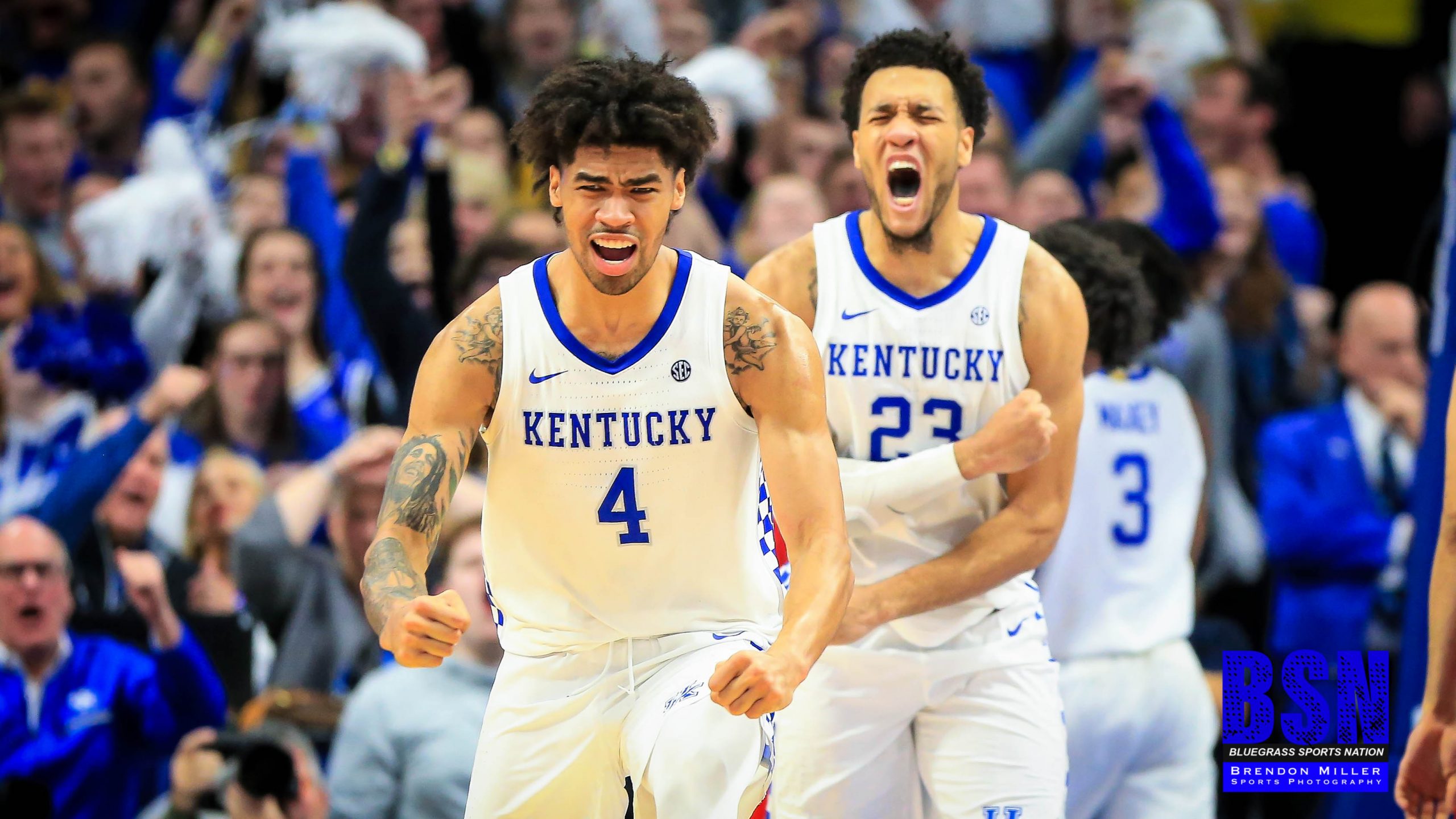 What will it take for Kentucky to make a deep run in the NCAA Tournament? It obviously takes luck, skill and a lot of talent to win it all and the Wildcats have a team that’s capable of going all the way this season.

It’s too early to make a projection simply because there are three more games left in the regular-season, not to mention the Southeastern Conference Tournament, but it’ safe to say Kentucky figures to be in the conversation because of the fact there’s no degree of separation from the best teams and the good teams scattered from top to bottom in the Top 25.

What does Kentucky have going for itself? There are a number of positives to dwell on going down stretch and the following are reasons why the Wildcats will be among the teams mentioned as national title contenders going into March.

GUARD PLAY
Kentucky doesn’t just have a point guard, it has three players capable of running the team at any given time under any set of circumstances. Although Ashton Hagans is the primary ball handler, Tyrese Maxey and Immanuel Quickley have the ability to run the point in Hagans’ absence.

All three guards can score as well. Sparked by Quickley’s career-high 30 points in a win at Texas A&M Tuesday night, the backcourt trio combined for 54 points. Hagans isn’t afraid to distribute the ball even though he has a tendency to turn the ball over at times. He leads the Southeastern Conference with 6.5 assists per game.

Regardless, the three guards have been a driving force for the Wildcats during the current seven-game winning streak and Quickley has scored double figures in 17 straight games and averaging 28 points per game during the past two contests.

POST PRESENCE
Not many teams can boast of having a solid presence in the post at both positions. The improvement of Nick Richards has given the Wildcats a reliable weapon inside and he just keeps getting better although he failed to reach double figures against Texas A&M earlier this week. EJ Montgomery is beginning to show signs of his potential and it couldn’t come at a better time for the Wildcats.

Montgomery scored eight points and grabbed 10 rebounds against the Aggies and has made some game-clinching rebounds down the stretch for Kentucky, especially on the offensive glass during some close finishes over the past two weeks.

FREE-THROW SHOOTING
When it comes to winning close games, free-throw shooting is a big must and the Wildcats have a roster stocked with players who can knock down freebies when it counts. Of course Quickley is always money at the charity stripe, but Maxey, Hagans and Richards have proven to be effective at making those free baskets.

If you are an opposing coach in a close game against the Wildcats it’s a challenge choosing who to foul and will be an even harder feat during tournament time. As a team, Kentucky is shooting 79 percent from the line, paced by Quickley (91 percent), followed by Hagans and Maxey at 81 percent and Richards at 75 percent.

BENCH RELIEF
Veteran Nate Sestina, along with freshmen Keion Brooks and Johnny Juzang have each made valuable contributions off the bench this season and that’s a good sign going into the one-and-done part of the season.

Sestina is versatile, while Brooks provides solid presence in the post and Juzang has shown he can provide a punch as well to help the Wildcats. Juzang provided at spark in a win at Tennessee and you have to figure Juzang, who isn’t afraid to shoot, will start making them at a random rate eventually.

WINNING CLOSE GAMES
The Wildcats have had about every scheme imaginable thrown at them in conference play this season and have shown the ability to overcome adversity, with the exception of a loss at Auburn and a letdown at South Carolina.

It’s not easy to win on road in the conference, but the Wildcats have compiled a 7-2 record on the road, a sign the Wildcats aren’t intimidated by road environments. During the current seven-game win streak, Kentucky has won five of those by single digits, including the past four games, including a 3-point nail-biter at LSU last week.

Kentucky is one win away from clinching at least a share of the conference title and the odds are good, considering two of the next four games are at home.