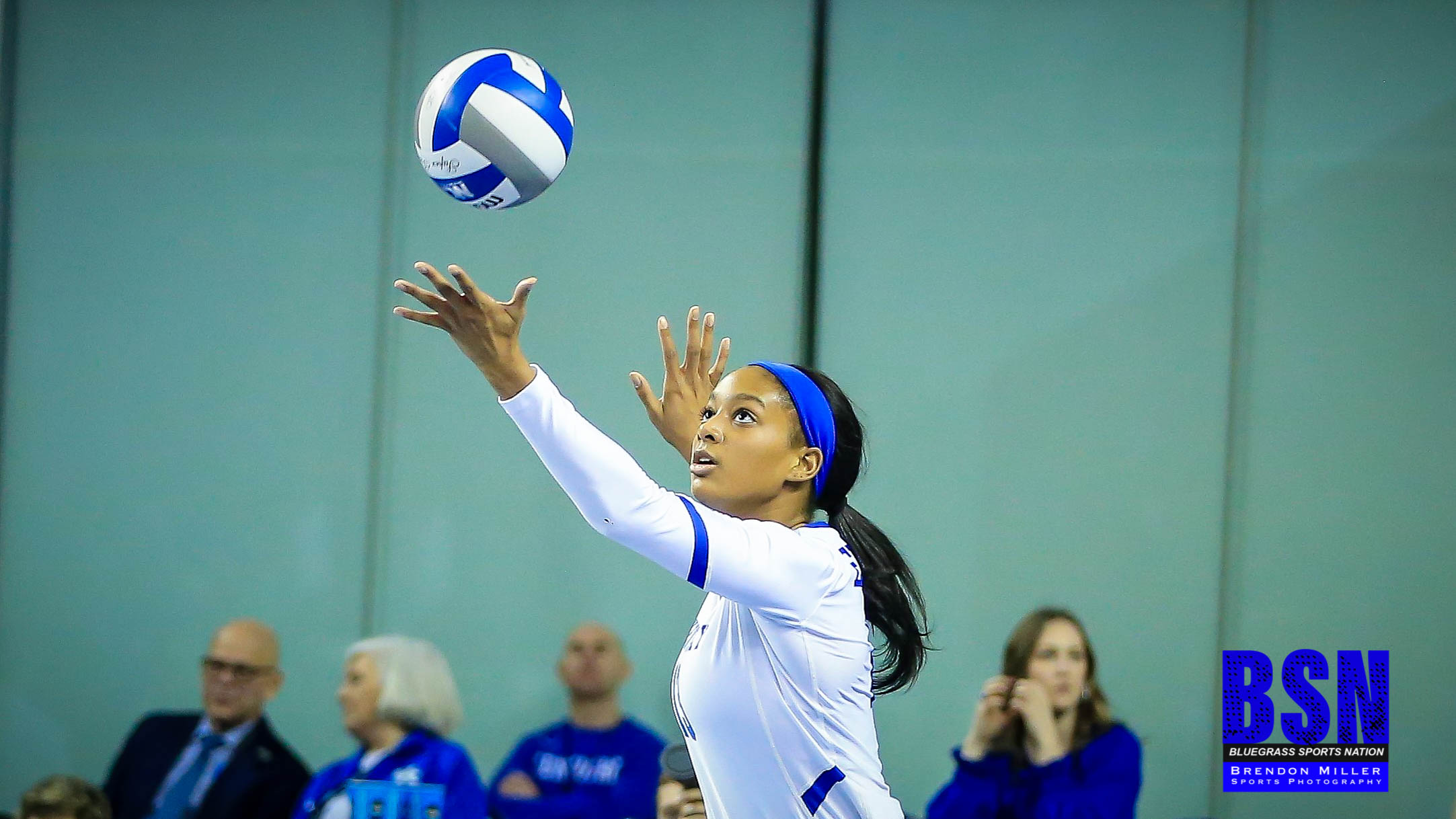 The No. 9 seeded Kentucky Volleyball team decisively advanced into the Sweet 16 of the 2019 NCAA Volleyball Championships with a 3-0 (25-19, 25-10, 25-20) sweep of the Michigan Wolverines on Saturday night inside of Memorial Coliseum.

Kentucky advances to the NCAA Sweet 16 round for the third season in a row dating back to 2017 and will face the winner of tonight’s (8) Washington vs. South Carolina match (10 p.m. ET). The highest-seeded team in Kentucky’s quadrant will earn the opportunity to host the regional round with dates and times to be announced later.

Sophomore outside hitter Alli Stumler had 11 kills on 33 swings, notching another match this season with double-digit kills. Leah Meyer had six terminations on an efficient nine total attacks.

Kentucky won the match at the net with its blocking, as the Wildcats outblocked the Wolverines, 11 to four. Senior grad transfer Leah Meyer had seven blocks, tying her season high for single-match blocks. Caitlyn Cooper had four blocks on the match, with Kendyl Paris adding in a trio.

Gabby Curry was sensational all night long on defense, charting 19 digs in the match and logging a pair of assists. Curry and Lilley combined for 33 of UK’s 35 assists on the night, with Lilley registering 31 assists. Lilley also had a pair of kills and had six digs to go along with a pair of blocks.

Set One
After exchanging the first series of points, Kentucky went on a 6-0 run that put the first bit of separation between the Wildcats and the Wolverines at 12-5. Michigan burned an early timeout trailing 9-5 after a block from Alli Stumler and Madison Lilley brought Memorial Coliseum to its feet. Michigan rallied to win five of seven points and that pushed the Wildcats into their first timeout of the set leading by just a pair at 15-13.

Set Two
Michigan hit into back-to-back errors and the Wildcats took an 11-6 lead midway through the set to put Kentucky in control. After the Wolverines gained a little for a series of points, Leah Meyer had a solo block at the net for the seventh team block of the match for UK and the Wolverines needed to use their second timeout at 20-14, down half a dozen. For the second set in a row, Leah Edmond hammered home the winning point from the left side and Kentucky took the second set, 25-19 – the same score as the opening set.

Set Three
The third set was the tightest of the three in the match, with no team garnering more than a three-point lead until Kentucky went up 15-11 to send the match into the media timeout of the frame. The Wildcats had to defend the Wolverine charge in the middle portion of the second as UM pulled to within one point at 18-17 before Kentucky used a Leah Edmond and Meyer fueled run put the Wildcats up 21-18 and Kentucky saw out the match by winning five-straight points to conclude the match.