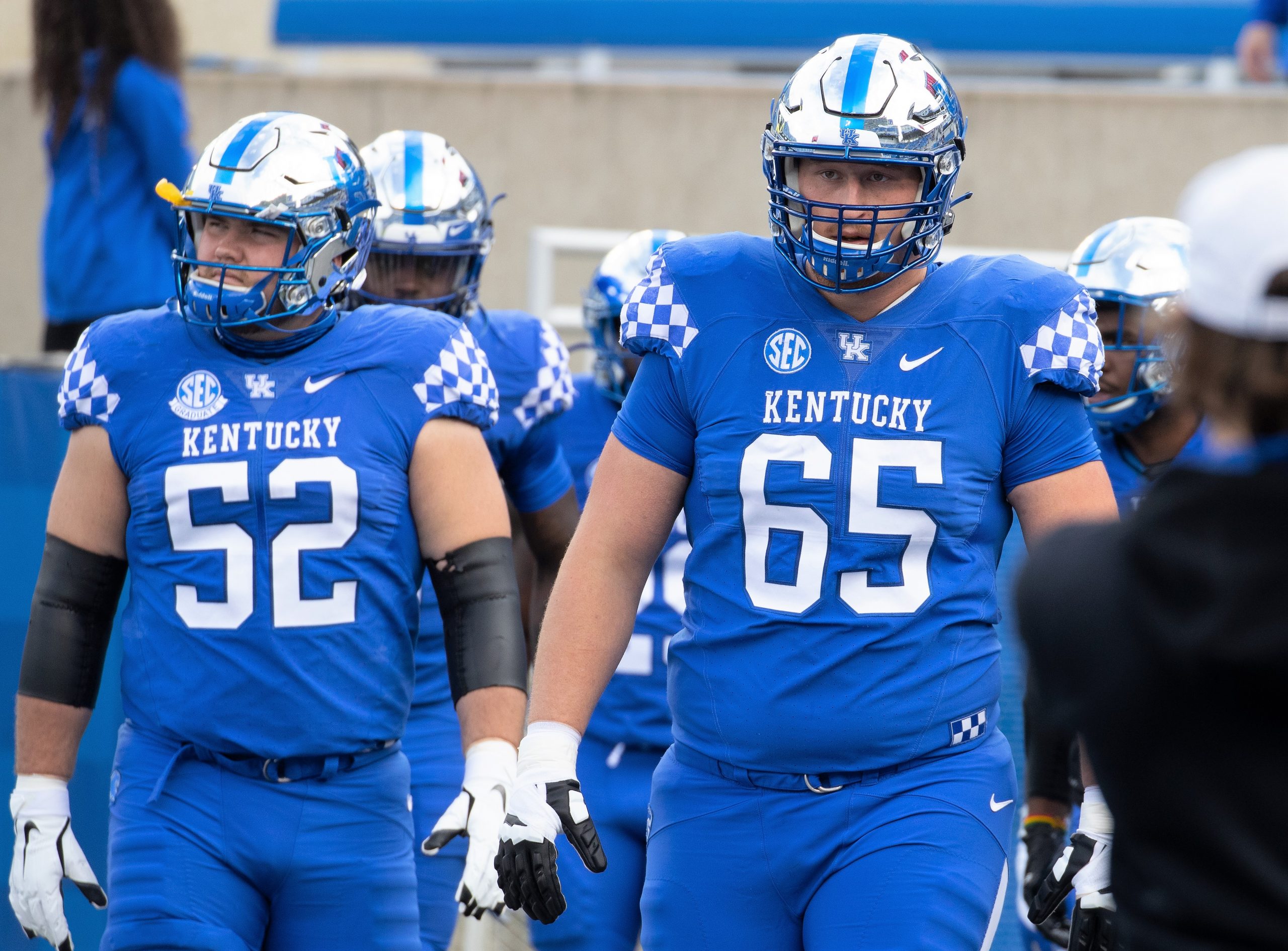 Kentucky honored John Schlarman and then took care of business with a 38-35 win over Vanderbilt Saturday.

Schlarman, a former player and the Wildcats’ offensive line coach, died at the age of 45 Thursday following a three-year battle with cancer. The Wildcats paid tribute to Schlarman before kickoff, on the first series and at the buzzer, dedicating the win in his honor.

On Kentucky’s first play from scrimmage, the Wildcats intentionally took a delay of game penalty, leaving Schlarman’s left guard slot vacant. In a show of respect, the Commodores declined the penalty as senior Landon Young, wearing Schlarman’s No. 65 jersey, rushed onto the field to take his place on the offensive line.

“We lost a member of our family,” Young said. “More than a member of our family, we lost our coach and someone that is basically a father figure to every offensive linemen that has come through this program. We’re going to try to honor him any way we can, just because of the impact and the influence that he had on all of our lives. He was one of the toughest, greatest men I’ve ever had the chance to meet in my life. We left a spot out there because we were missing one of our Wildcats today.”

Kentucky (3-4) then scored on all four of its possessions of the first half to end a two-game losing streak following losses to Missouri and Georgia, respectively. The Wildcats claimed their fifth consecutive win over Vanderbilt, which has yet to win a game on six attempts this season. The Commodores scored two touchdowns in the final nine minutes to close the gap to single digits at the buzzer.

“It was extremely important for us to come up with a victory,” said Kentucky coach Mark Stoops, who tied Fran Curci for the second-most wins in program with his 47th as coach of the Wildcats.. “It was extremely important for us to play well for Lee Ann, coach John Schlarman, his family, and his kids. I was really proud of the kids to get the victory and it wasn’t easy. It was an emotional week and it’s very different times for everybody. There was no way of getting around it and it was important for me and our team (to get the win) for them and to honor John for the man that he was and to continue his legacy.”

Terry Wilson, who sat out the Wildcats’ 14-3 loss to Georgia two weeks ago while nursing a wrist injury, was nearly flawless against the Commodores, throwing for 110 yards and two touchdowns, with a big chunk of that yardage coming in the opening half. He said the bye week last week was beneficial and gave his wrist and the team a chance to heal.

“We got better and improved,” he said. “It’s been a tough week for us all. … We knew who we were playing for and we were motivated. We had to just go out and execute.”

Wilson connected on 12-of-13 passes for 101 yards and a pair of touchdowns in the first two quarters. He added 70 yards rushing in the opening half, capped by an impressive 27-yard run on a third-and-26 play that set up Chance Poore’s 28-yard field goal to end the half, giving the hosts a 24-14 lead at the break.

Kentucky running back Chris Rodriquez finished with a career-high 149 yards on 13 carries and a pair of touchdowns. A 74-yard score by Rodriguez with 9:14 remaining put the finishing touches on Kentucky’s second-highest offensive output of the season. Rodriguez praised the team’s offensive line for the ability to overcome the obstacles during the week.

“It was hard for those guys all week,” he said. “… You could see it in their faces they were really sad (last week), but also, today, you saw it in their face that they wanted to come out, win and play hard when they had to have it to honor him.”

Kentucky freshman quarterback Beau Allen made his debut in the fourth quarter and completed his first two passes for 34 yards, including a 20-yard strike to Keaton Upshaw.

Vanderbilt quarterback Ken Seals threw for 225 yards and a pair of touchdowns as the Commodores finished with 407 yards of offense against the Wildcats. Kentucky collected 458 yards, including 308 yards on the ground.