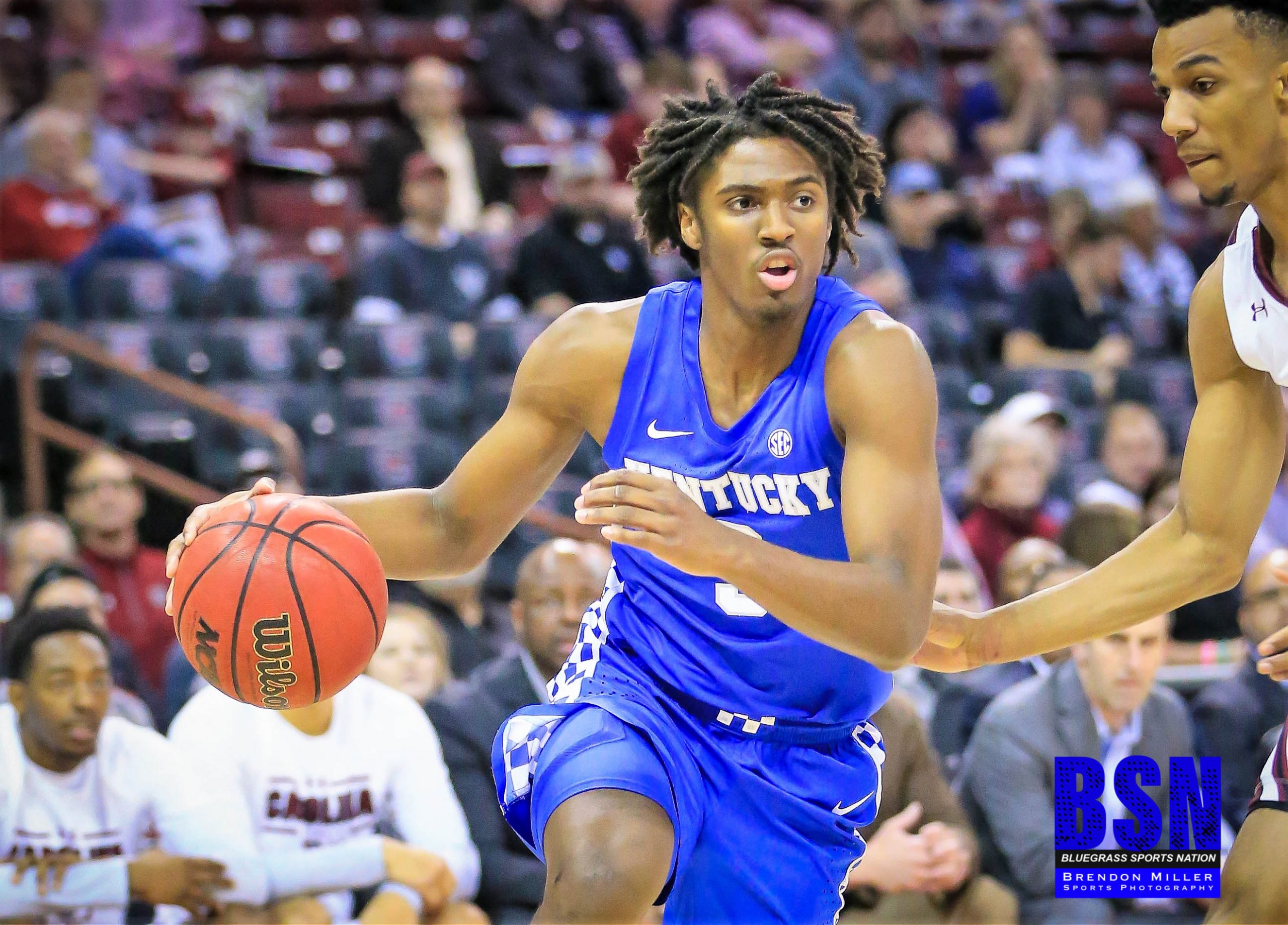 The 12th-ranked Wildcats (18-5, 8-2 Southeastern Conference) inched out a 71-62 win over the Commodores last month, so they are aware of Vanderbilt’s potential. The Commodores’ 99-90 upset of LSU last Wednesday served notice Vanderbilt isn’t giving up on the season.

Kentucky coach John Calipari received an updated scouting report on the Commodores after their upset of the Tigers and knows they are dangerous, regardless of their recent struggles.

“Tony (Barbee) had watched it and just said that you can’t fall asleep on Vandy because if they make shots, (you’re in trouble),” he said last week. “The games they lost they were 0 for 25, 3 for 26. Now all of a sudden they make 12, 13 threes, they can beat anybody in our league. We got out of the gym alive when they came here. They made eight threes in the first half. They hadn’t made eight threes in three (to) four games prior to that. But that’s how things kind of swing.”

“Since that game they played us here, they’ve been on a little roll,” Kentucky guard Ashton Hagans said. “They’re going to come out and give us their best shot. We’ve just got to be prepared, stay locked in with each other, go out there and play them like it’s any other game and just stay locked in.”

Kentucky forward Keion Brooks Jr. who scored four points and grabbed a career-high nine rebounds in the Wildcats’ 77-64 win at Tennessee last weekend, has learned how difficult it can be to win a league game in his first tour of duty against conference foes.

“We play in a very tough league and any night you can be beaten,” Brooks said. “We can’t try to look past Vandy. They’re playing really well right now, just beat LSU. We gotta come in with a focus and a mindset to attack and be aggressive and we should do fine.”

Following the win over the Tigers, the Commodores (9-14, 1-9 SEC) dropped an 80-70 decision to Mississippi State last Saturday. Despite the loss, Kentucky assistant coach Joel Justus said Vanderbilt will space the floor in an effort to make things difficult end for the Wildcats on the defensive end of the court.

“They’ve got the ability to space the floor,” Justus said. “They’ve got great guard play in Saben Lee and Scotty Pippen Jr. that can get by your initial line of defense, which they did against us here a little bit. When they get paint touches, you have to collapse, and that leaves shooters open. I think a big thing when you play a team like that is you just can’t give them early open looks.”

Prior to the team’s win over LSU, the Commodores had lost their previous 28  games against conference foes, including 26 consecutive regular-season games in the league. Kentucky’s coaching staff has been impressed with Jerry Stackhouse’s ability to guide the Commodores through treacherous waters in his first season at the helm.

“I think they’re getting a group of folks that haven’t had a tremendous amount of success to believe that if they play hard and they play together, good things will happen,” Justus said. “And when you’re focused on that, similar to the way we are, I think the results take care of themselves.

“When you’re coaching a group of young people, you don’t talk about wins and losses; you talk about your preparation, you talk about building your confidence, you talk about going into every single possession to try and get a good result. And regardless of that result, you head onto the next possession. Like I said, that’s something we do with our guys and guys come here to be coached that way, and I think you see that with, not only with Vanderbilt but you see that across the country with teams that are getting better.”

Kentucky has won the last seven games between the two foes and has won three straight at Memorial Gym. Despite the recent success in Nashville, the Wildcats aren’t taking the Commodores lightly.

“Every road game is a tough environment,” Hagans said. “They’re going to have a sold-out crowd. We’ve just got to go out there with each other, talk with each other and we’ll be good.”