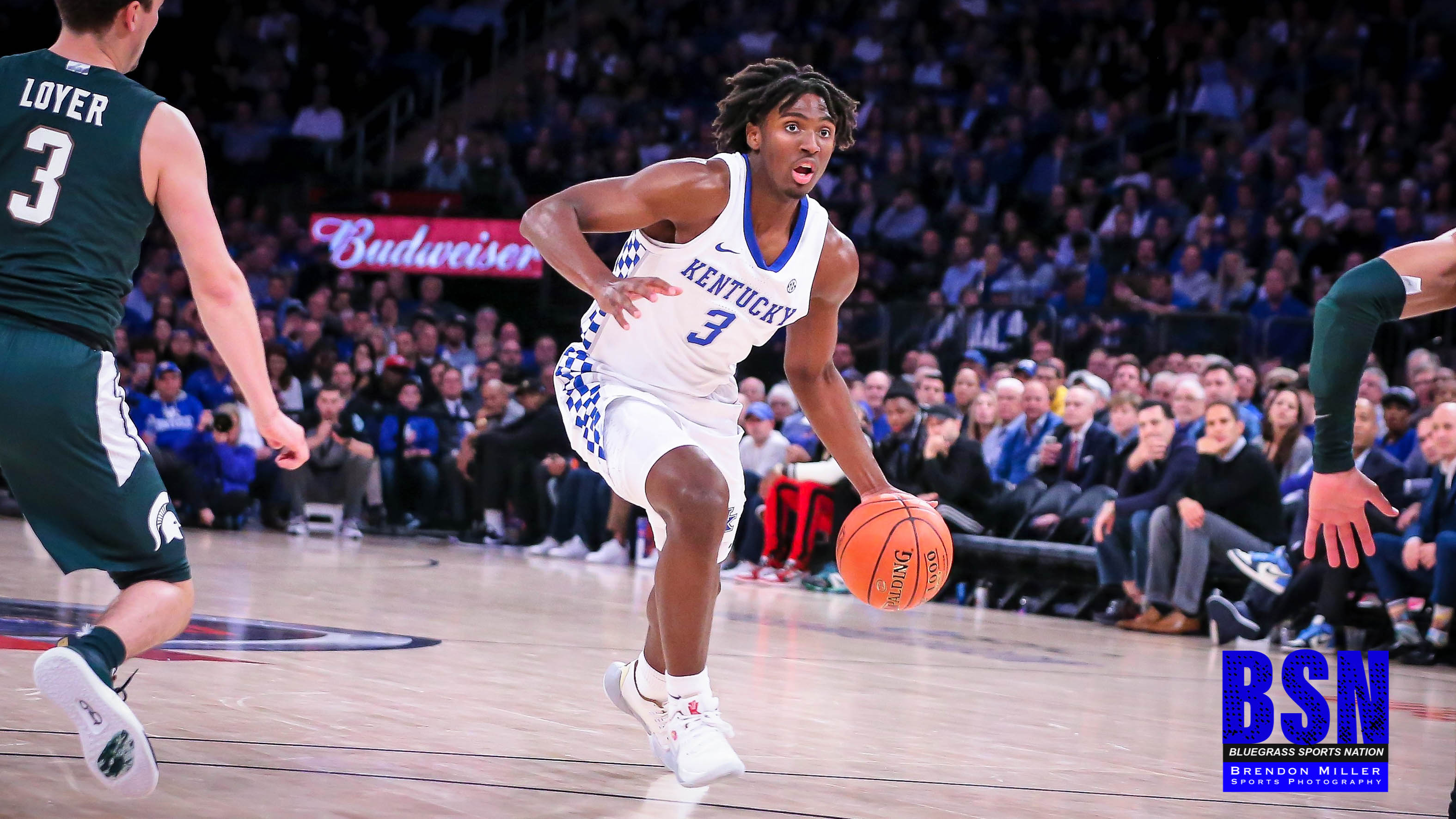 Kentucky starts their season with a victory against No. 1 Michigan State.

On Tuesday night, the State Farm Champions Classic was held at Madison Square Garden. The main event of the night featured the No. 2 Kentucky Wildcats and the No. 1 Michigan State Spartans.

Important Notes:
The combination of Brooks, Montgomery, Richards, and Sestina combined for 18 points on 7 of 20 shooting to go along with 14 rebounds. While it was good enough to pick up the victory tonight, there is obviously room for improvement.

Tyrese Maxey had a tremendous game. The freshman guard scored 26 points on 7 of 13 shooting; 3 of 8 on 3-pointers; while going 9 of 10 from the free throw line. Maxey also recorded five rebounds.

Kentucky spent nearly 37 minutes of the game with a lead.

Overall Analysis:
With this victory, Kentucky is almost assured to be ranked as the No. 1 team in the country when next week’s AP Poll gets released. While it is still early in the season, Kentucky looked very good against Michigan State and BBN should be both ecstatic and impressed by the Cats’ performance.

What’s Next?
Kentucky’s next game will take place on Friday night, against Eastern Kentucky, inside Rupp Arena. The game is scheduled to begin at 7:00 p.m. and will air on the SEC Network.