CATS Nearly Unstoppable When Richards is at Top of His Game 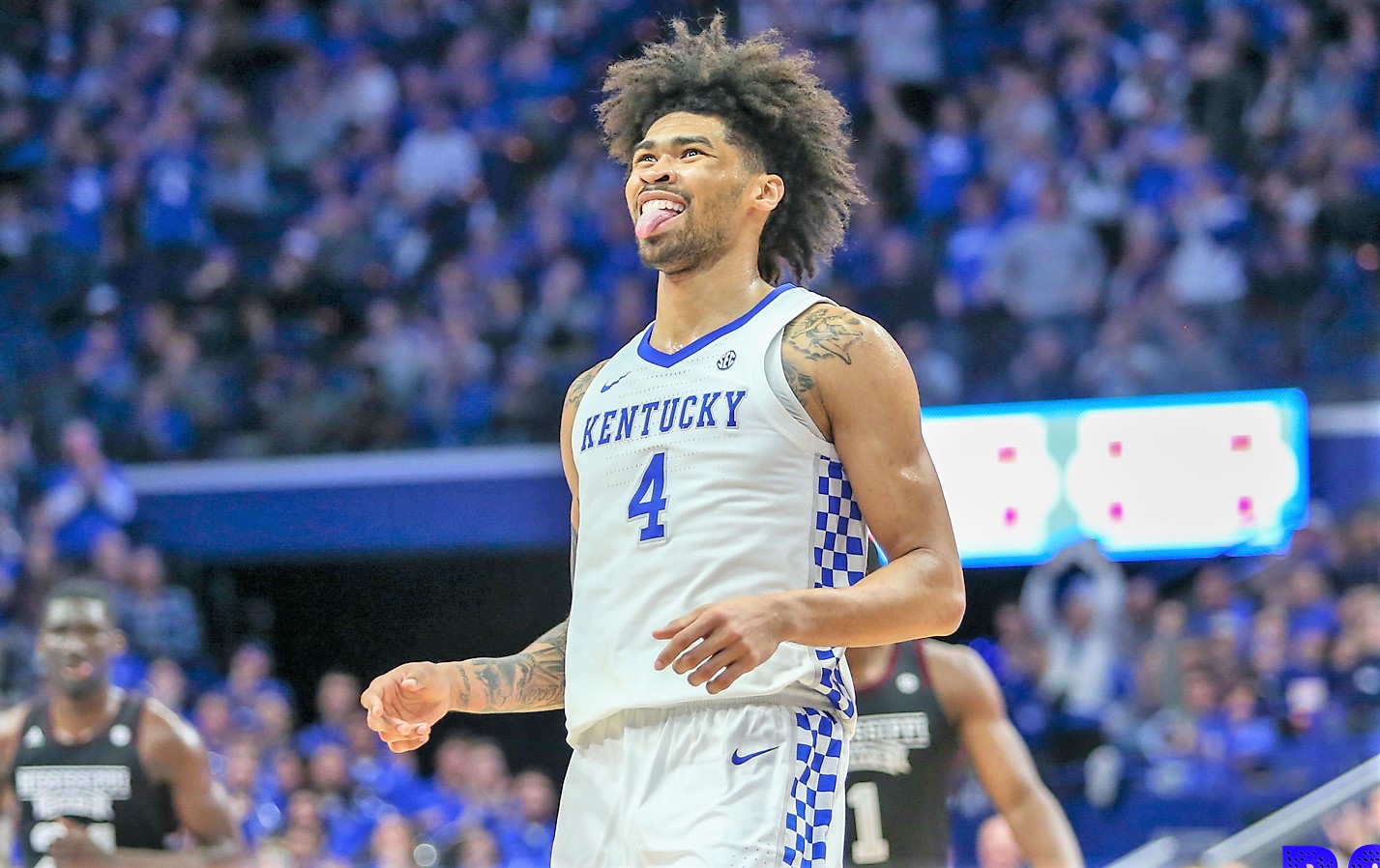 Kentucky has been nearly flawless this season when Nick Richards is at his best and the junior forward was nearly unstoppable against Mississippi State.

Coming off his poorest outing in the Southeastern Conference with seven points in a loss at Auburn last Saturday, Richards reversed course and scored a career-high 27 points and grabbed 11 rebounds — his 10th double-double of the year — in an 80-72 win over the Bulldogs.

The Wildcats (17-5, 7-2 Southeastern Conference) improved to 16-1 when Richards scores in double figures this year and more impressively, Kentucky is undefeated (10-0) when he records a double-double.

“I say it all the time, that dude is unreal,” said Kentucky senior Nate Sestina. “He is in great shape. He can grab rebounds, block shots, he does big things for us. He gets hands in passing lanes and all that stuff. It’s just all starting to pay off for him and it’s awesome to see because he deserves it.

Although Kentucky has a higher success rate when Richards is playing at a high level, Kentucky associate coach Kenny Payne said he’s “not in a position to where he can come in this environment day after day – after having success – come here and feel good about anything.

“The time for Nick to feel good is when he leaves this program and he’s a success story,” Payne said earlier this week. “Until that time, every single day that he’s here, we’re pushing him for greatness. You played great? Great. Next day. So, I don’t personally see arrogance.”

Richards, who scored 25 in the second half against Mississippi State, said rebounding from a loss to Auburn last weekend was a “personal challenge” for the entire squad.

“I don’t know who it was, but one guard had like 12 points in the first half,” Richards said. “We just came into halftime, and we just focused on what we talked about during practice, and we changed up our strategy a little bit, and we just came out with a W.”

The emergence and improvement of Richards have provided inspiration for Montgomery who scored 12 points against Mississippi State, the most this season against league foes as the Wildcats improved to 3-0 when he finishes in double figures. Montgomery added eight rebounds and came away with a career-high three steals.

“It’s a lot of motivation,” Montgomery said. “Nick is playing really good right now and I’m just trying to keep up with him.”

Mississippi State guard Robert Woodard said Richards and Montgomery give the Wildcats a powerful 1-2 punch in the post.

Although Kentucky is successful when Richards and Montgomery are playing well, Payne added that point guard Ashton Hagans also must also be clicking on all cylinders.

“Our success rides with them,” the Kentucky coach said. “The responsibility for them, Ashton in particular, is to be disciplined. We know you have great hands but there are times in the game where you have to show your hands to the referees because, if your hands are down and you reach, they could blow their whistle. We teach play without fouling. “