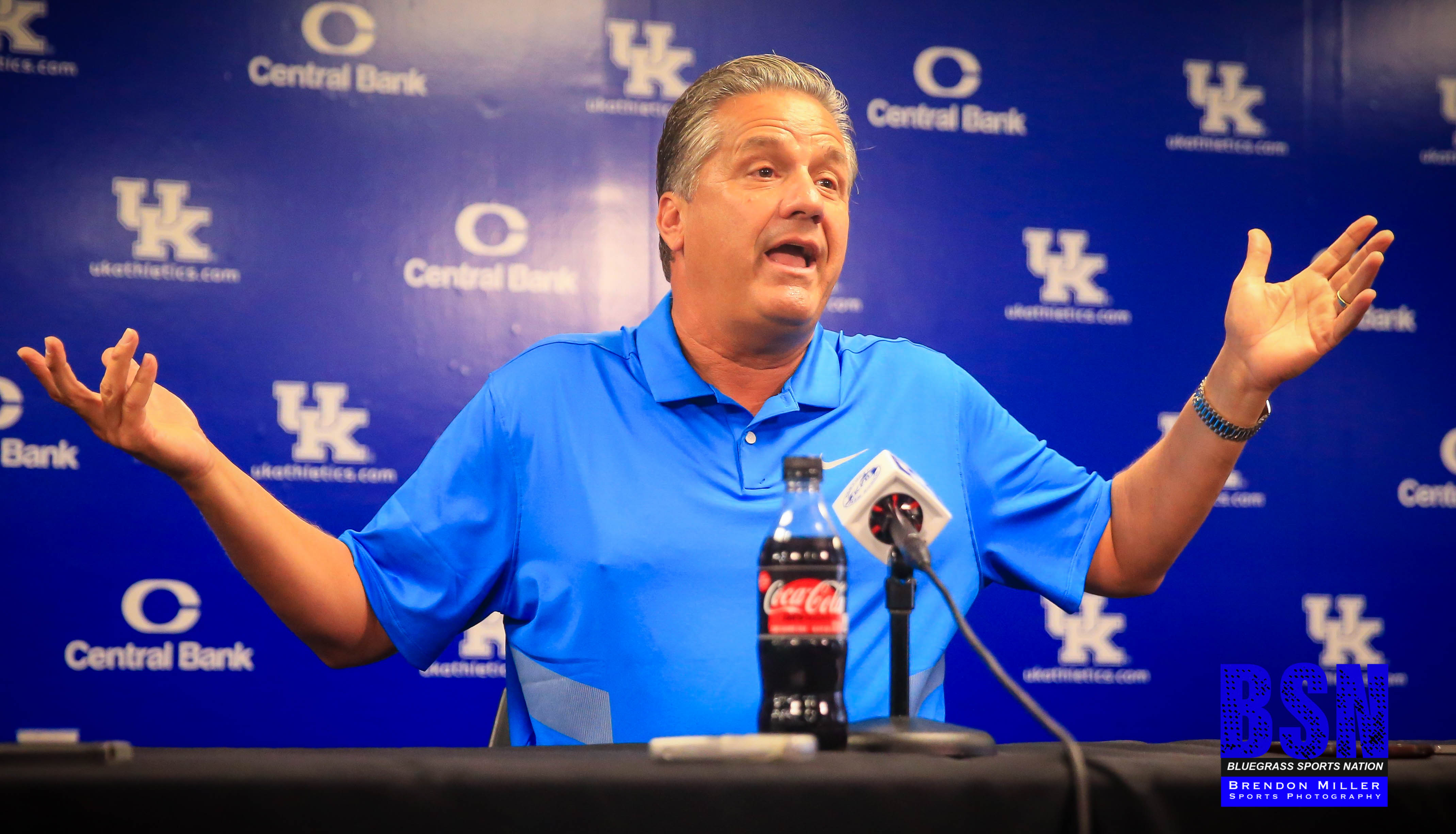 LEXINGTON, Ky. – With a mix of talented newcomers and experienced veterans, the Kentucky men’s basketball team will begin the season among the preseason top five in the Associated Press Top 25. The Wildcats, the preseason Southeastern Conference favorites, will open play as the No. 2 team in the land and face preseason No. 1 Michigan State on Nov. 5 in Madison Square Garden in New York.

The Spartans begin the season at the top, with Kansas coming in at No. 3 to open the season. Duke was voted fourth and Louisville rounds out the top five. UK picked up two of the possible 65-first place votes. Michigan State tallied 60, while Kansas received three.

The full preseason rankings are available via collegebasketball.ap.org.

It’s the 10th time in 11 seasons the Wildcats will begin the season ranked among the nation’s top five to begin the season. Calipari’s squad has been ranked in the top two to open play seven times, including in six of the last seven seasons. Calipari has had a team ranked among the top 11 in the preseason poll in all 11 seasons at the helm as voted on by a panel comprised of media members throughout the country.

The AP poll isn’t the only preseason ranking that’s showing confidence in the Wildcats. The Blue Ribbon College Basketball Yearbook and Andy Katz of NCAA.com tabbed UK No. 3 in their preseason rankings.

The USA Today Coaches Poll is expected to be released soon.

With Michigan State and Kentucky entering the season ranked No. 1 and No. 2, respectively, it will mark the 42nd time since the inception of the AP Top 25 that the top two teams will meet during the season. It’ll mark the ninth time UK has been involved in the matchup. Kentucky is 4-4 all-time in those matchups.

Coincidentally, the last time Kentucky was involved in a No. 1 vs. No. 2 matchup was also against Michigan State in the State Farm Champions Classic. The Spartans won 78-74 in Chicago on Nov. 12, 2013.