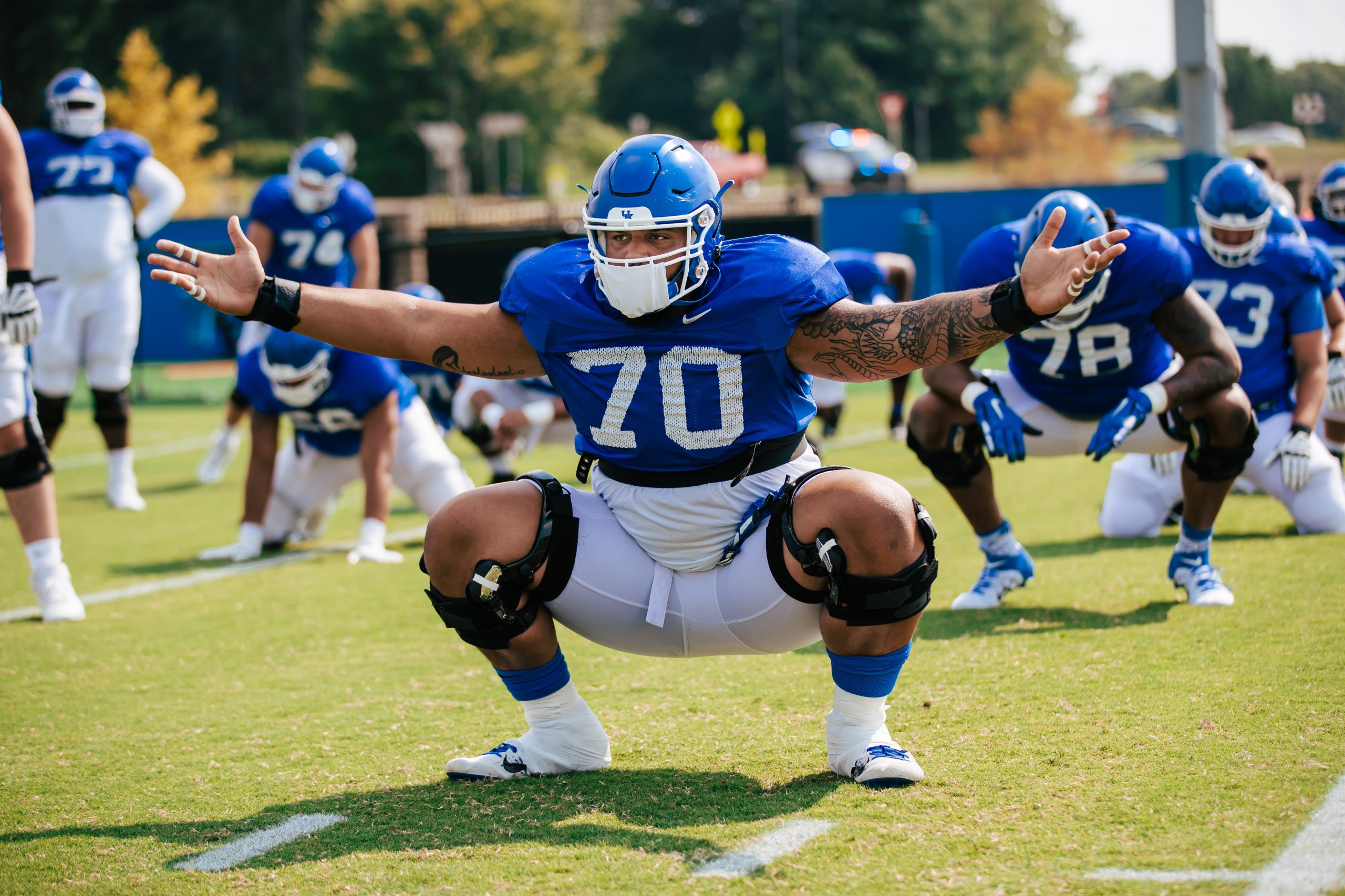 Kentucky is wasting no time preparing for the upcoming season.

“Since I’ve been here, this is the fastest we’ve installed (our offense),” Kentucky offensive coordinator Eddie Gran said Tuesday. “We just finished five practices and we didn’t slow down. We’ve went through all five installs (of our offense). That’s never happened here.”

Although the Wildcats got off to a late start because of the COVID-19 pandemic, Gran has been pleased with the team’s ability to pick up the offensive schemes at a quicker pace than normal this time of the year. Gran said “Everything is going to be on the table by the time we get to our first scrimmage.”

“They (the players) have been unbelievable and they’ve picked it up,” Gran said. “It’s not perfect, I sure do like where they’re going and the direction of them being accountable for what we’re doing. We’ve thrown a lot at them and if we can keep going this way and then as we get closer to game time, we put what we think is going to be the best thing for our quarterback, our receivers and the people that we have personnel-wise and once we figure that out and then we can shorten this thing.”

Kentucky tight end Justin Rigg agreed with Gran and said the players have bought into a quicker pace under the circumstances.

“Everyone is flying around out there and everyone is competing,” Rigg said. “The talent level on this team right now is unbelievable and everybody is pushing each other to be better.”

A year ago, Rigg and the rest of the offensive players were mostly in blocking mode for former wide receiver Lynn Bowden, who filled in for Terry Wilson and helped lead the Wildcats to an 8-5 record and a win over Virginia Tech in the Belk Bowl. In one game last year, the rushed the ball 55 times and made just to pass attempts.

“That’s not balance,” he said. “We’re going to be able to (throw the ball more) because our passing game is getting better and mix around a little bit more and keep people off balance, Just in a different manner than we did last year.”

A top priority for Gran is to develop a running and passing game, similar to the offense the Wildcats produced in Grans’s first three seasons as the team’s offensive coordinator.

“We went to develop a passing game,” Gran said. “I think early on (last year) when Terry (Wilson) got hurt and you look at those first two games, we seemed to be pretty balanced. We had eight different receivers catch balls and that’s what we’re looking for.”

“We’re just getting our timing down right now and (Tuesday’s) practice was really good,” Ali said. “He threw a lot of balls at me and I can’t wait until everything starts back) up.”

In addition to getting a grasp on the offense earlier than usual, Gran also has been pleased with the competition level on the offensive side of the ball.

“We competed and that’s what I’m most happy about right now,” Gran said. “We’re competing and straining on every play. We’re not perfect and we have a long way to go. But, if we can do that and play fast, we’re going to have a chance to be a good football team.”