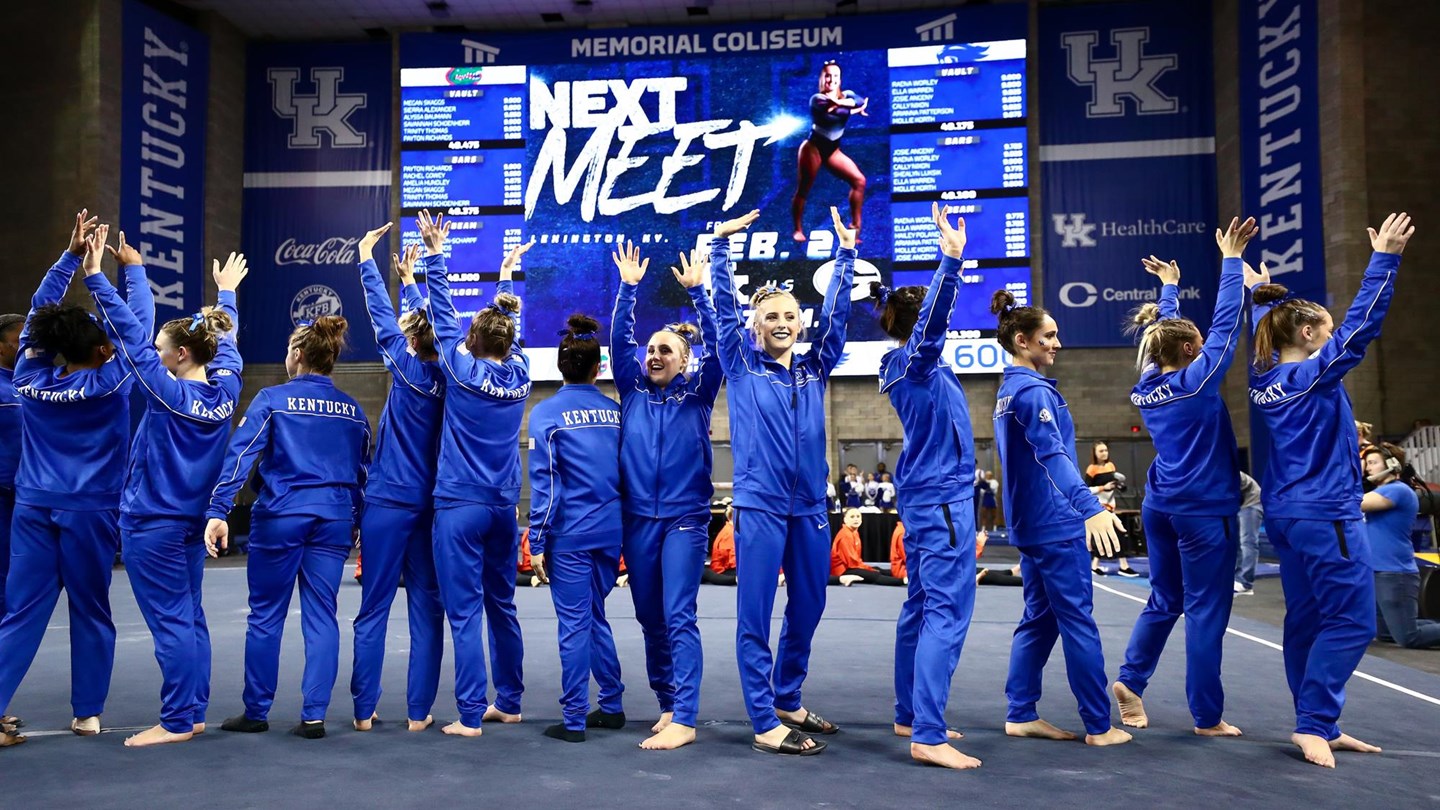 LEXINGTON, Ky. – No. 12 Kentucky recorded its fourth straight 196-point performance in its first Southeastern Conference loss of the season, falling 197.800-196.600 to No. 2 Florida on Friday at Memorial Coliseum.

The Wildcats move to 5-2 overall with a 2-1 mark in league play. The Gators improve to 4-0, having earned each win over an SEC opponent.

“First, I want to thank the Big Blue Nation for showing up and creating a great atmosphere,” said UK head coach Tim Garrison. “I’m proud of the team, but I know we are capable of so much more. It’s great that we got a 196.600 and I feel like we struggled. We’re not comfortable with just being good. We want to break through and be a top-tier team.”

Despite finishing with their second-best team score of the season behind only last week’s 196.750-196.650 win at then-No. 19 Arkansas, no Wildcats captured an individual event win for the first time on Friday. The closest efforts came from two second-place showings, including Mollie Korth’s team-best 9.925 floor routine. A solid night from the eight-time All-American produced a 9.875 on vault and a 9.800 on bars, but a rare fall on beam helped to prevent her from being crowned outright all-around champion in the first such instance of her senior campaign.

Sophomore Cally Nixon garnered Kentucky’s other individual second-place finish with a career-high-tying 9.900 bars routine, complemented by a career-high 9.850 on vault.