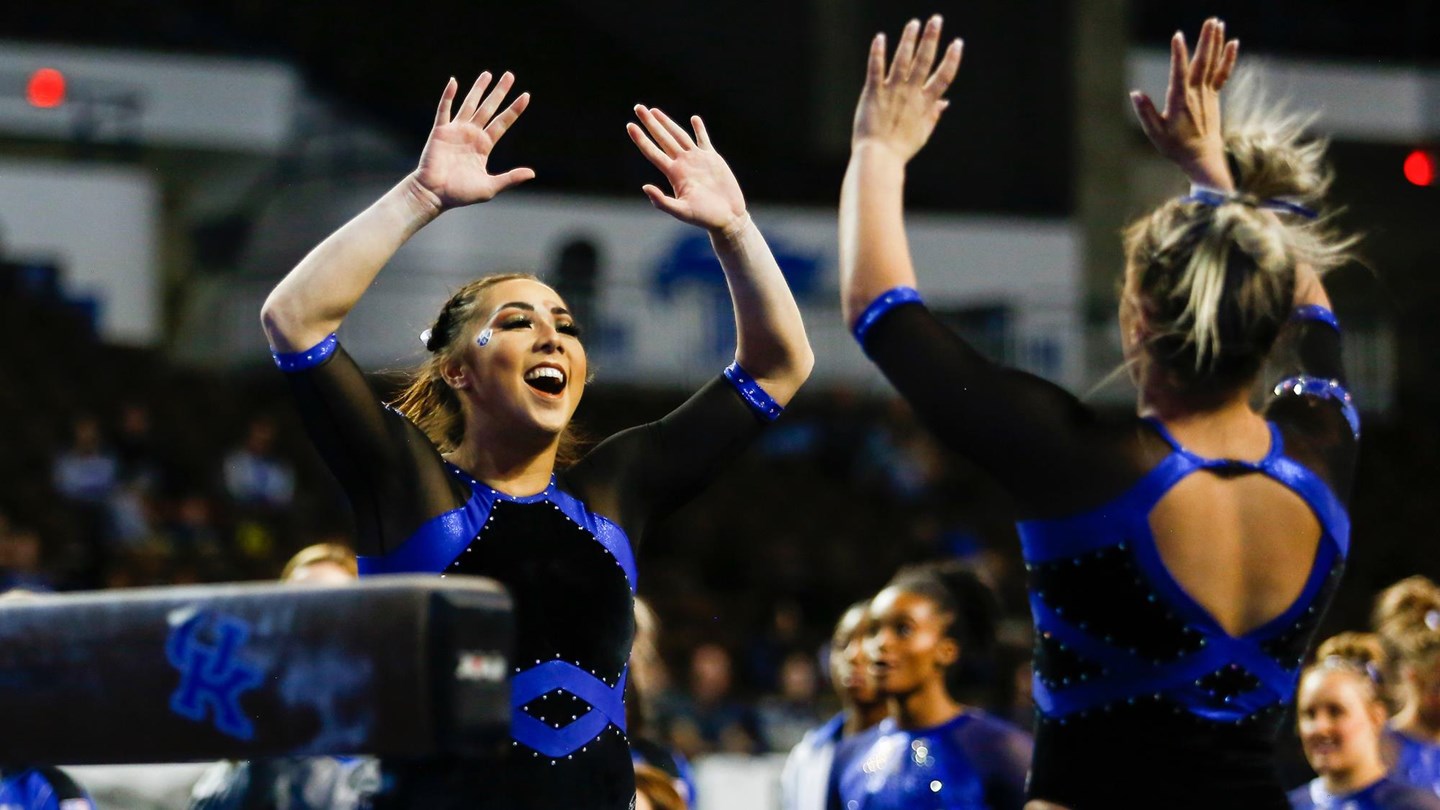 “Every SEC win is special, and road wins are that much sweeter,” said head coach Tim Garrison. “I was very pleased with our strong start on bars, but vault was flat, considering how we’re capable of performing. Floor had some solid routines and others that were not executed well throughout the entire set. Beam closed the meet and sealed the win in a tight meet under tremendous pressure.”

The Cats were led on bars by a 9.900 routine from senior anchor Mollie Korth, who tied for the overall victory on the event. Freshman Shealyn Luksik made her collegiate debut with a 9.875 for a third-place finish, while Cally Nixon set a new season high (9.850) and Josie Angeny tied a career high (9.800) for a 49.275 total.

Kentucky’s lowest event score of the night came on vault, despite surpassing the 49-point threshold as a team (49.075) and seeing Korth, the event’s outright champion, tie a career-high 9.950. Angeny reset a career high, as well out of her second consecutive lead-off position with a 9.850, good for third place overall.

After a 49.200 showing on floor, Korth and Angeny led the way once again with a 9.875 apiece on beam. The performance earned each athlete a share of the event crown and propelled the Cats to a second straight 49.200 rotation. The beam victory was Angeny’s second of her sophomore career, following last week’s 9.925 performance in Kentucky’s first-place finish at its quad meet with North Carolina, NC State and Lindenwood.

“Another outstanding performance from Mollie Korth,” Garrison said. “She has been a rock for this team and has had an amazing start to her senior season.”

Back-to-back reigning SEC Freshman of the Week Raena Worley posted the meet’s third-best all-around score with a 39.275, highlighted by a season-best 9.850 beam routine.

“This group is growing and improving every week,” said Garrison. “They are showing a great deal of toughness and competitiveness as we work our way toward being a complete team.”