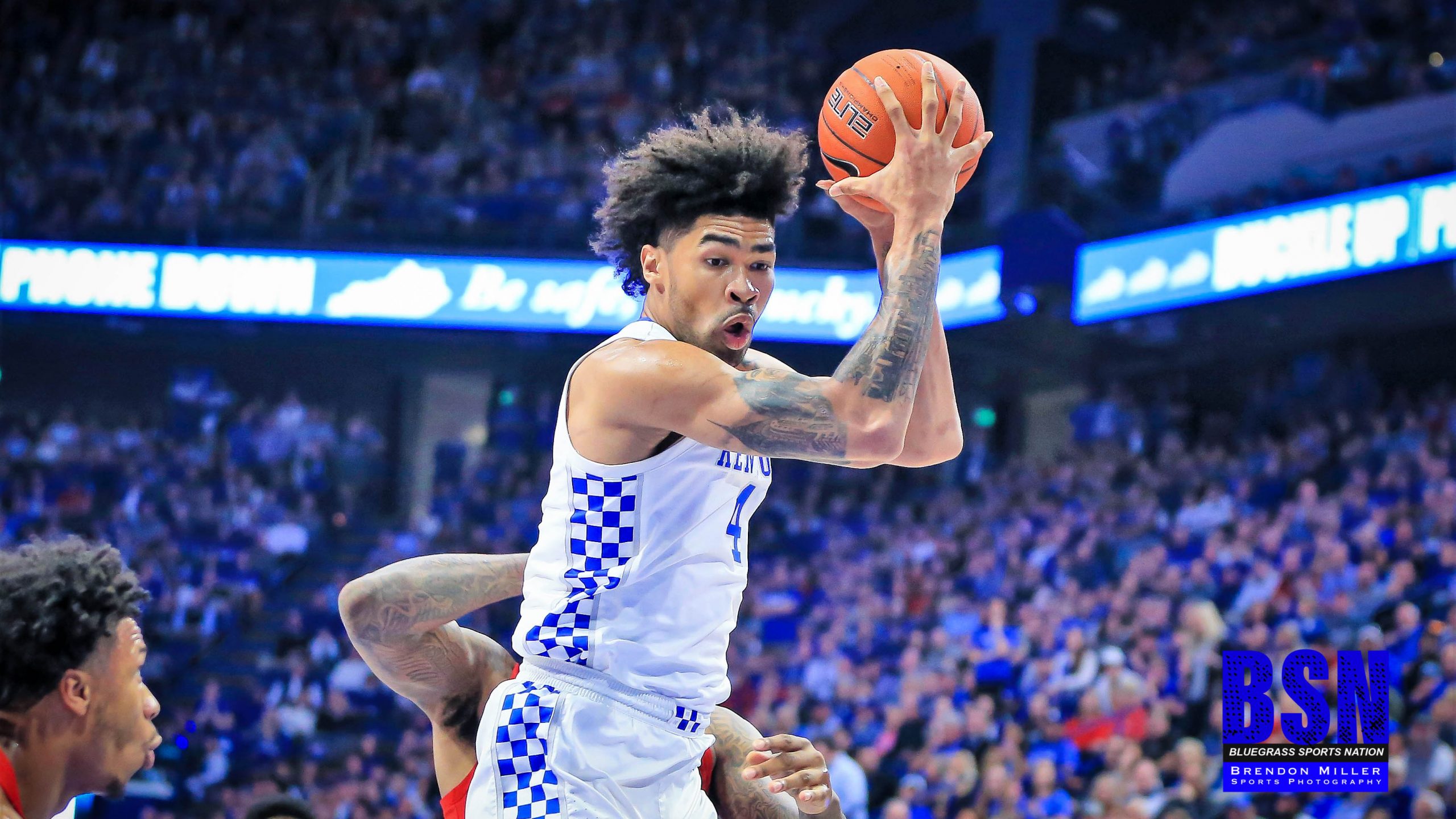 The Cats are now 37-16 all-time against Louisville, including an 11-2 record under Calipari.

After a relatively disastrous trip to Las Vegas, the Cats returned to Rupp Arena on Saturday to square off against their in-state rival. The Cats and the Cards put forth an action packed, back and forth game which resulted in a 78-70 overtime victory for the blue-and-white.

It was a low-scoring game early on, as Louisville held a 12-11 lead with 9:01 remaining in the first half. From there, it was back and forth for the rest of the half until the Cats posted a 7-2 run late in the half to take a 32-24 lead into halftime. The Cats were 4-of-9 from 3-point range in the first half, while Louisville was just 1-of-11.

Kentucky led by as many as 12 points in the second half, but the Cards battled back and were able to force overtime. Keion Brooks Jr. had a last-second tip-in as time expired that somehow managed to rattle out, forcing overtime. The score was tied, 61-61.

In overtime, the Cats managed to out-score the Cards 17-9, which included a stretch where Nick Richards scored seven straight points for the Cats. Down the stretch, the Cats were able to put the game away at the free-throw line.

Big-Picture Analysis:
If history tells us anything, it tells us to not panic when John Calipari led teams don’t “play to the UK standard” early in the season. Ultimately, March Madness is what matters the most and sometimes it takes time to get a young, inexperienced team to play at such a high level.

Coach Calipari referenced this after the game, “We go through this every year. There’s probably many people here that thought we were going to lose, and they wanted to be at this press conference hearing what I had to say when they could say it’s over, they’re not going to be in the NCAA tournament. They’re a NIT team. Look, I don’t buy any of the stuff when they say we’re great or (when) they say we’re bad. I don’t. I coach my team. What I’m looking at is where can this team go?”

Player Notes:
Tyrese Maxey led all scorers with 27 points while shooting 9-of-14 from the floor, 4-of-5 from 3-point range, and 5-of-6 from the free-throw line. With the performance, Maxey set his career high for points scored and field goals made in a single game while tying his career high for made 3-pointers. He also recorded seven rebounds.

Nick Richards recorded his fifth double-double of the season, which leads the team. Richards managed to tally 11 points and 10 rebounds in 34 minutes of play despite picking up his fourth foul at the 14:31 mark of the second half. Richards managed not to draw a fifth foul.

Immanuel Quickley tallied a career-high 18 points, which included two 3-pointers. Quickley went an impressive 8-of-8 from the free-throw, which included a pair free throws with 17 seconds left in overtime to give the Cats a 74-70 lead.

Ashton Hagans entered the battle against the Cards with a four-game streak of scoring in double-figures, but only managed to score scored 8 points against Louisville. However, he did record 8 assists on the night. He now has nine straight games with at least five assists, which is the best run since Tyler Ulis dished out five or more in 24 straight games from Dec. 26, 2016, to March 5, 2016.

Team Notes:
The Cats managed to out-score the Cards 20-4 in fast-break points and shoot 21-of-25 from the free-throw line compared to Louisville’s 9-of-20 display.

Under Calipari, UK is now 52-13 in bounce-back games after losses.

The Cats led by as many as 12 points in the second half, which improves their record to 269-6 under Calipari when leading by at least 10 points at any time in the contest.

What’s Next?
Kentucky’s next game is on Jan. 4, 2020, in Rupp Arena against the Missouri Tigers. The game is scheduled to begin at 2:00 p.m. and will air on the SEC Network.