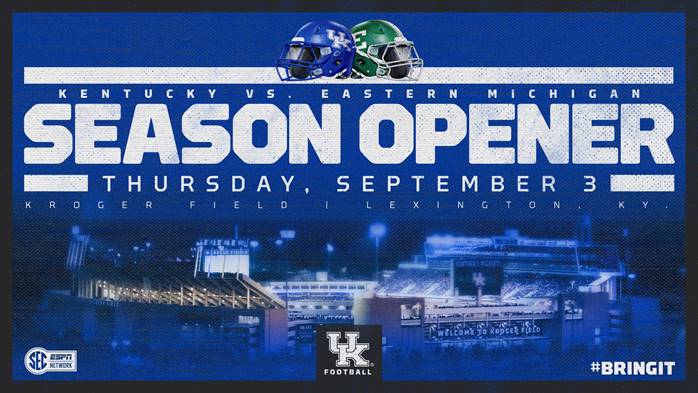 Kentucky football will return a bit earlier than expected this fall, breaking out of the starting gate first on a holiday weekend that also includes the 146th running of the Kentucky Derby. UK’s season opener vs. Eastern Michigan, originally scheduled for Saturday, Sept. 5, has now been moved to Thursday, Sept. 3 at Kroger Field, it was announced today by athletics director Mitch Barnhart. The game will be broadcast on the SEC Network and a kickoff time will be announced at a later date.

This will be the third all-time meeting with Eastern Michigan of the Mid-American Conference. UK is 2-0 all-time vs. Eagles, winning at Kroger Field in 2017 and 2019.