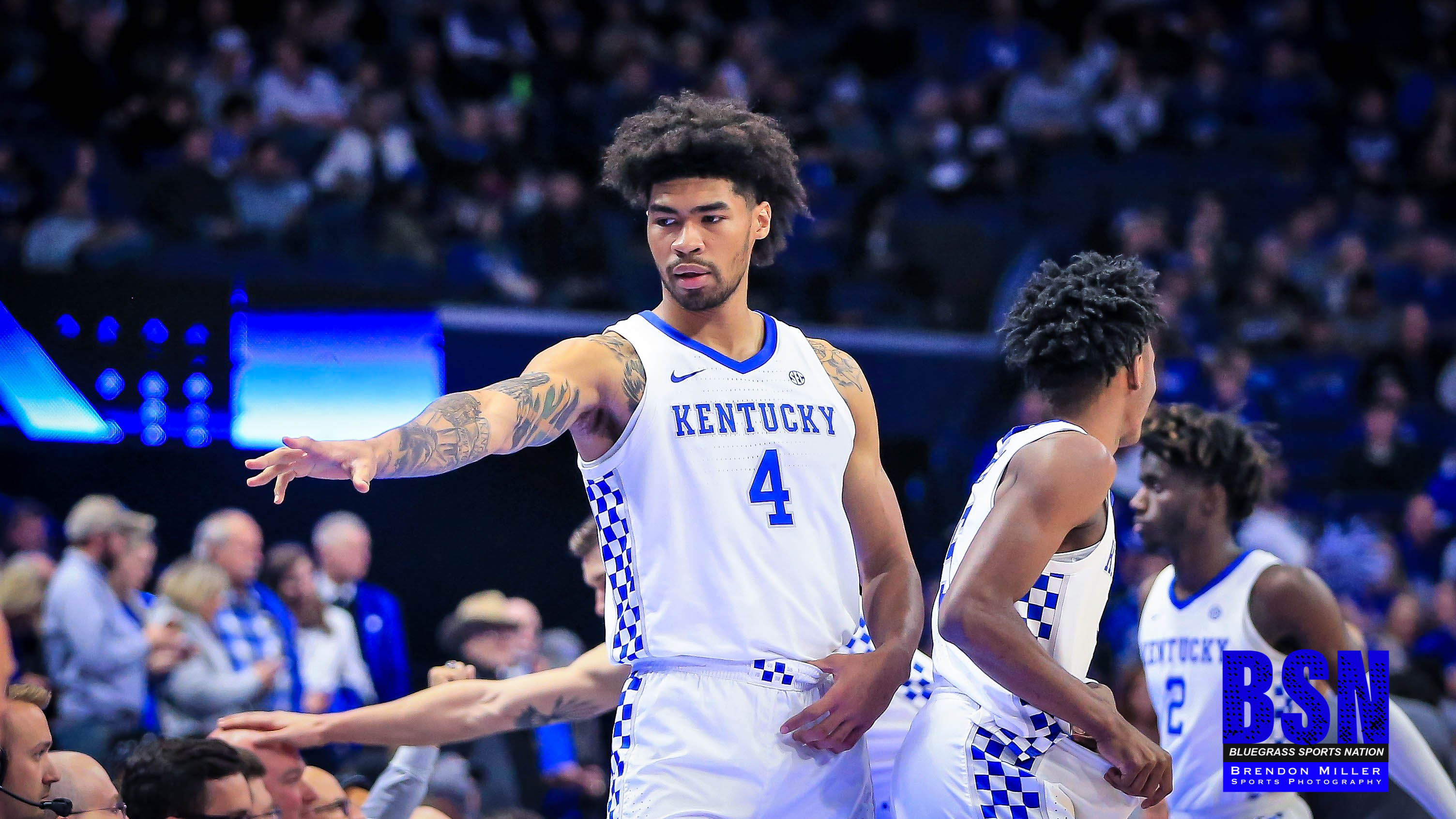 Kentucky had six players score in double figures as they defeated EKU in UK’s first home game of the regular season.

On Friday night, the Kentucky Wildcats hosted the Eastern Kentucky Colonels. It was Kentucky’s home opener and as expected BBN did not disappoint; 20,163 people filed into Rupp Arena to watch the action.

First Half
Kentucky got out to a quick start, scoring the game’s first 14 points; the first five EKU possessions resulted in a turnover. The Cats were able to extend their lead to 35-12, but the Colonels responded with an 11-2 run to make the score 37-23 with 2:38 to go in the first half. Kentucky answered back with a 9-0 run; the score at halftime was 46-25 in favor of the blue-and-white.

Player Notes
Nick Richards notched the second double-double of his career with 21 points and 10 rebounds while also recording four blocks. It is only the second time that Richards has recorded a 20-point game at UK. His career high came against Fort Wayne on Nov. 22, 2017 when he tallied 25 points. The game against Fort Wayne also happens to be the only other game where Richards recorded a double-double.

Immanuel Quickley earned career highs with 16 points and five assists. In his career, UK is 7-0 when he scores in double figures and 3-0 when he has at least four assists.

UK improved to 262-6 under Calipari in games where they had a lead of 10 or more points.

Kentucky has won 52 games in a row at home vs. unranked competition.

Kentucky had 54 points in the paint compared to 12 for EKU; UK also won the rebounding battle 54-25.

UK is 18-2 against in-state foes under Calipari.

Historical Facts:
With the victory, Kentucky leads the all-time series with EKU 13-0.

Kentucky leads the NCAA in all-time wins and picked up the program’s 2,295th all-time victory against EKU.

Kentucky is 103-14 all-time in home openers, undefeated under Calipari.

Overall Analysis:
For BBN, it was nice to see the Cats pick up right where they left off against Michigan State on Tuesday night. Kentucky showed great energy from start to finish, which Calipari was “really happy about.”

Despite a relatively great performance, Kentucky went 2 of 14 on 3-pointers and had 18 turnovers. However, UK did still manage to win 91-49 against a solid mid-major program in EKU which is a testament to how good this Kentucky team is.

What’s Next?
Kentucky’s next game is against Evansville on Tuesday night at Rupp Arena. The game is scheduled to start at 7:00 p.m. and will air on the SEC Network.