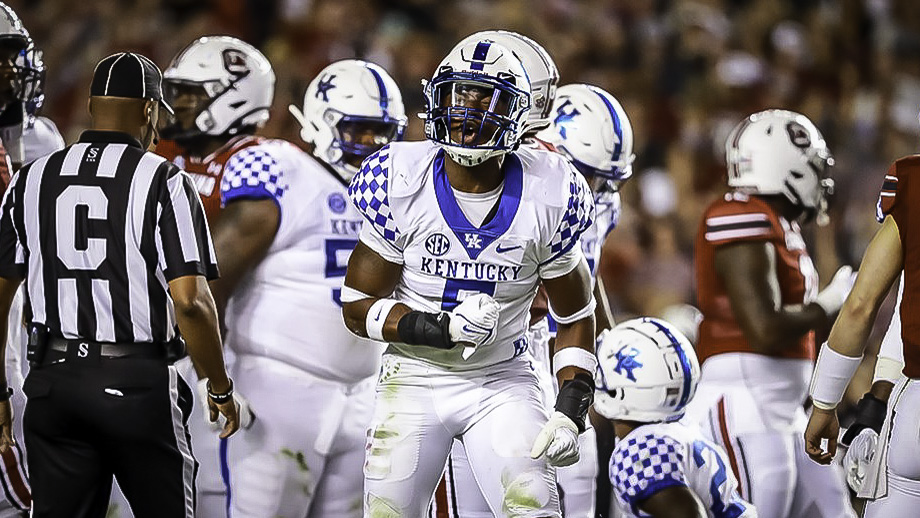 Mark Stoops will take a win any way he can get them. Even the close ones.

For the third time this season and the first time since 1933, the Wildcats won their third straight game by seven points or less with a 16-10 win at South Carolina Saturday night. As with the previous three games, it wasn’t an easy victory for Kentucky.

“(It was a) very good victory (especially) any time you win a game on the road,” Stoops said. “It’s a great credit to our coaches and our team. And once again, we did not make it easy. I would certainly like that one time. …  it was tough sledding.”

The Wildcats (4-0, 2-0 Southeastern Conference) overcame three turnovers — two lost fumbles and an interception — but fended off the Gamecocks with three field goals by veteran kicker Matt Ruffalo, including two in the second half. Overall, the Wildcats lost four fumbles and recovered two of them, while South Carolina failed to capitalize on the three miscues by the Kentucky offense.

Kentucky’s defense stopped the Gamecocks on fourth down three times, with three of those stops coming in the fourth quarter. The Wildcats held South Carolina to just 58 rush yards and an average of less than three yards per play.

“They were really excited to make those stops,” Stoops said. “They didn’t put their head down when they got put in that position. … We really were striving to set the bar at 3.7 (yards) or less per rush, and we certainly met that. (Defensive coordinator) Brad (White) was really challenging the guys all week and they really buckled down.”

Despite the turnovers, the Wildcats had success moving the football, especially on the ground. The Wildcats piled up 230 yards rushing to wear down the Gamecocks, with a big chunk of that yardage coming in the fourth quarter. Chris Rodriguez paced Kentucky with 144 yards on 26 carries, while backup Kovisey Smoke and quarterback Will Levis combined for 80 yards rushing, with Smoke scoring Kentucky’s lone touchdown with a 15-yard score on the opening drive of the contest.

Levis was 15-for-22 with 102 yards and an interception, Wan’Dale Robinson hauled in seven passes for 65 yards and was instrumental in making big plays during the stretch, including Kentucky’s final scoring drive in the fourth frame.

Despite the inconsistencies on offense, Levis praised his team’s ability to overcome the Gamecocks in the first true road game in two years.

‘I don’t know how we have to wrap it up,’ he said. “I mean, we probably have the most turnovers in the country … (and)it’s obviously something we have to get fixed, but it goes to show that we can still go and win games like that. It goes to show just how much potential we have left with this team.  … when we get (the turnovers) fixed, we’re going to be stuck playing a lot better ball games.”