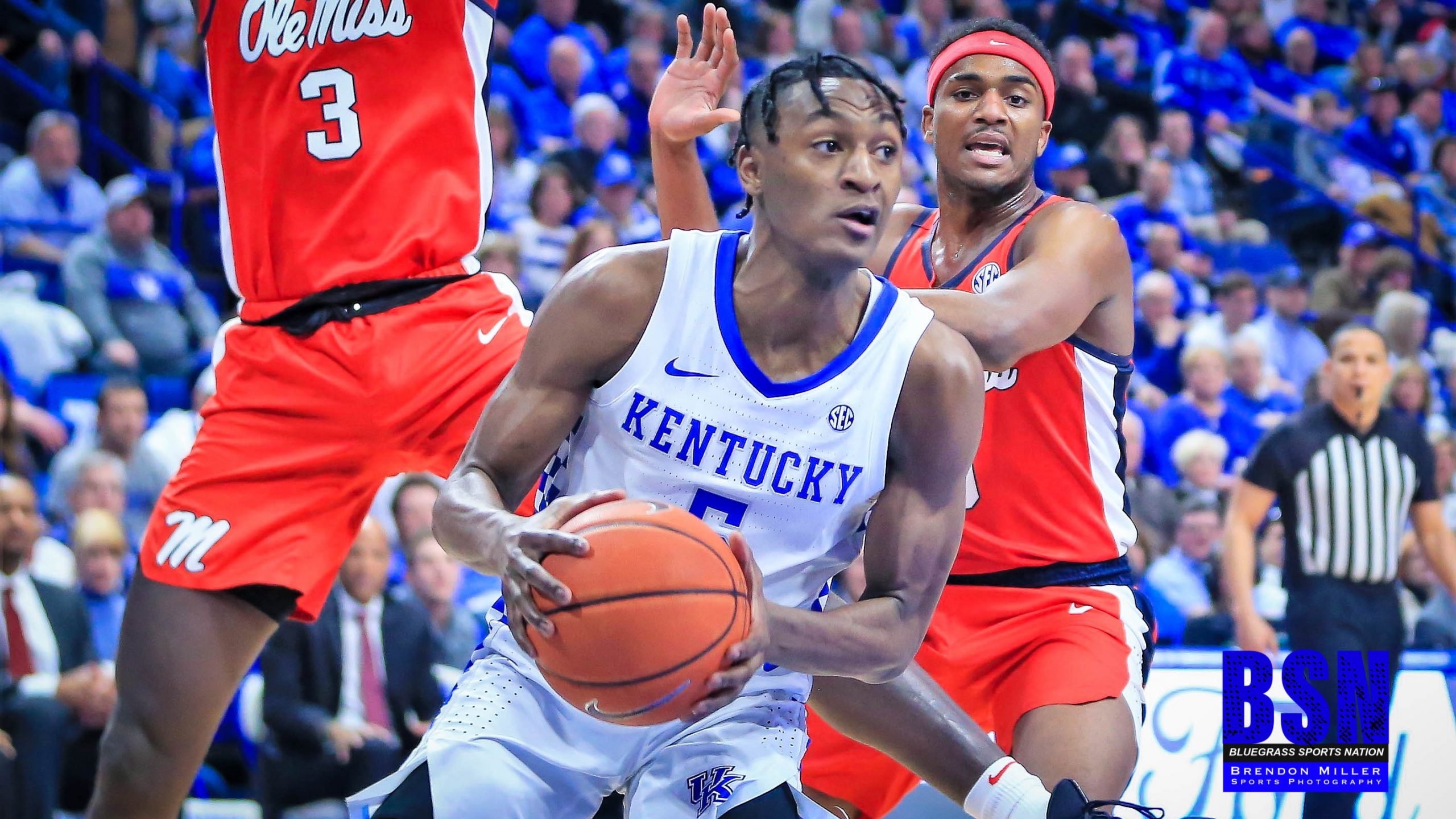 UK is now 108-13 all-time against the Rebels of Ole Miss which includes a 55-2 record in Lexington.

Upon entering today’s contest between Kentucky and Ole Miss, it felt like it was going to be another routine day in Lexington. Kentucky entered Rupp Arena as a heavy favorite against a fairly mediocre team who entered the game playing their best basketball of the season. In this case, the Rebels were on a three-game winning streak and had outscored their opponents by an average of nearly 19 points per game during that stretch.

Entering the contest, ESPN’s Basketball Power Index gave the Cats an 86.7% chance to pick up the victory. One would have expected the Cats to run away with the game. However, that’s not exactly how it played out.

In the First Half…
The offenses struggled for both teams in the opening half as they combined to shoot 20-of-60 from the floor. With nine minutes remaining, UK held an 11-9 lead; however, the points began to trickle in from that point forward.

In the Second Half…
The Rebels twice led by as many as seven points in the first ten minutes of the second half. With 10:46 to play, a 3-pointer from Immanuel Quickley sparked a 7-0 UK run. From there, it was a back-and-forth game as neither team led by more than three points until the final seconds.

With a minute to play, UK held a 63-62 lead. Just like most of the second half, the final minute was intense, wild, and crazy. But in the end, the Cats emerged with the victory, 67-62.

Nick Richards continued to shine as he tallied 16 points on 6-of-10 shooting from the floor to go along with seven rebounds.

Tyrese Maxey scored 14 points on 7-of-13 shooting from the floor to go along with five rebounds and three assists.

E.J. Montgomery led all players in rebounds with eight.

The Cats entered the game with the second-best 3-point percentage in the SEC, but shot just 2-of-22 in today’s battle with the Rebels.

Kentucky’s stellar free-throw shooting proved to be incredibly beneficial. The Cats were 19-of-24 from the line, and they needed every one of them. While it may get overlooked, UK’s ability to shoot 79% from the line played a major role in the game.

Down the stretch, UK was forced to play without Ashton Hagans and E.J. Montgomery who each fouled out of the game. Despite this, the Cats were able to emerge victorious.

With the Victory:
John Calipari now has 26 consecutive seasons where he has obtained 20 or more on-court victories which is the longest such active streak in the country.

Kentucky is 263-43 under Calipari against unranked foes.