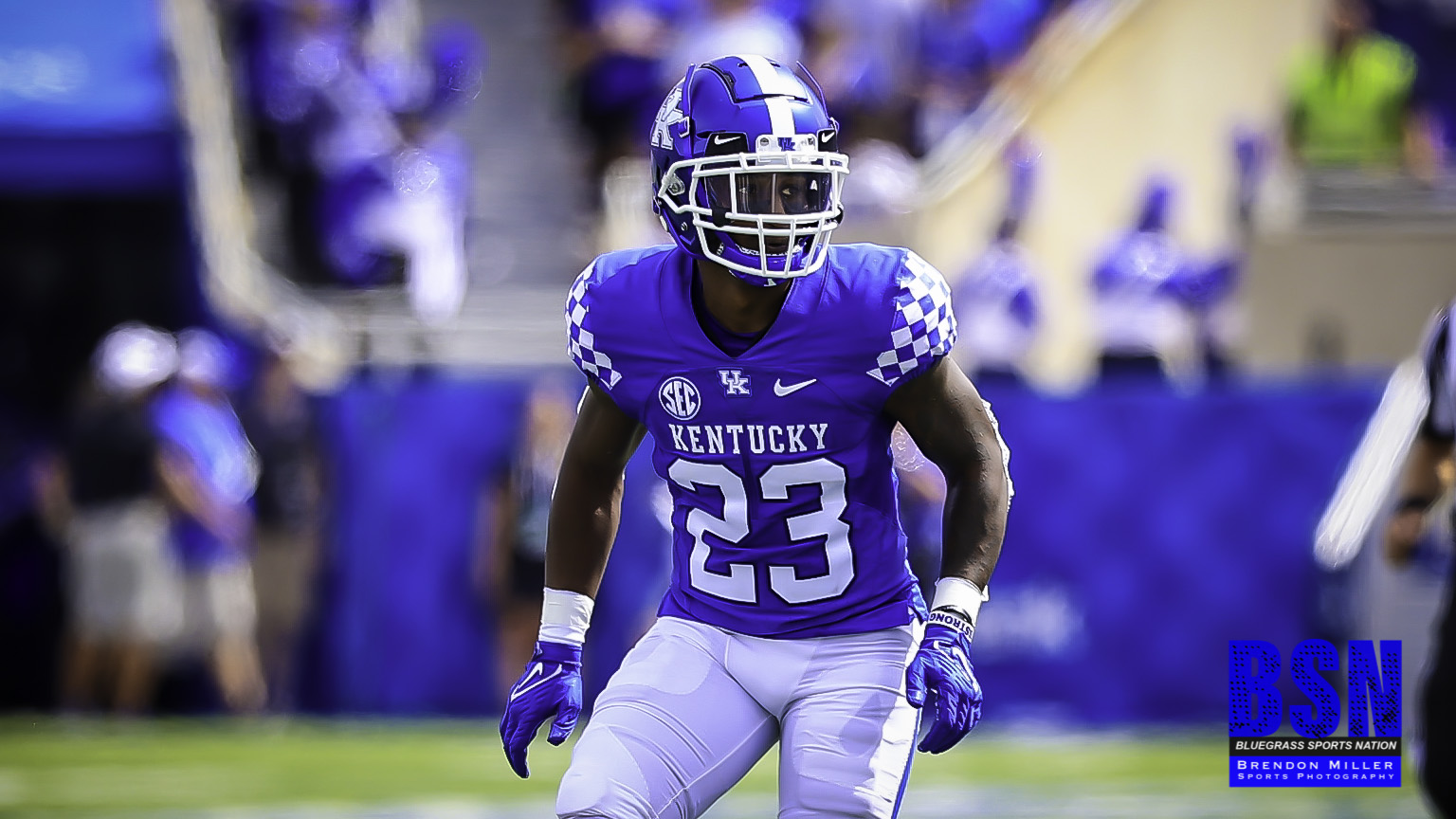 Kentucky had to earn its third victory of the season the hard way against  surprising Tennessee Chattanooga Saturday.

Although the Wildcats were heavily favored, it took two fourth-quarter touchdowns, including a 95-yard interception return for a score by Tyrell Ajian that sealed the deal in a 28-23 triumph over the FBS Mocs, a preseason pick to win the Southern Conference title.

Kentucky coach Mark Stoops said the best thing about the contest was his team remains undefeated before Southeastern Conference play kicks into high gear beginning Satirdau at South Carolina. The other aspects, Stoops said, were disappointing.

“(I was not) very pleased,” Stoops said afterward. “We’ve got to do better in all areas, starting with myself, the staff and the players.”

In the first meeting between the two teams, Chattanooga grounded Kentucky’s offense, which amassed more than 500 yards in wins over ULM and Missouri during the first two weeks to open the season.

The Wildcats managed just a season-low 356 yards, while Southeastern Conference Co-Offensive Player of the Week, Chris Rodriguez, collected  just 46 yards rushing on 13 carries. Overall, the Wildcats collected only 115 yards on the ground and an average of 3.8 yards per carry.

“I knew earlier in the week — that’s a very good football team, very well-coached that wasn’t going to beat themselves,” Stoops said. “They certainly didn’t.”

In addition to an inability to run the ball effectively against the Mocs, the Kentucky quarterback Will Levis threw two interceptions, which led to a pair of field goals for Chattanooga, including an 30-yard kick in the fourth quarter that gave the guests a 16-14 advantage with 13:27 remaining.

Prior to the interception by Ajian, Levis threw a 31-yard touchdown strike to Izayah Cummings that pushed the margin to 21-16, which eventually stretched to 28-16 following the score by Ajian.

Despite the two miscues, Levis and receiver Wan’Dale Robinson provided most of the offense for the Wildcats. Levis threw for 254 yards and two touchdowns, while Robinson hauled in eight passes for 27 yards. Isiah Epps and Cummings each had a touchdown reception and Josh Ali rushed into the end zone for a touchdown on Kentucky’s opening drive of the contest.

“He’ll do better,” Stoops said of Levis. “We felt like he missed some shots in the first half. He settled in and did some good things at times, but I think he was pressing a little bit and trying to do too much and he’s just needs to take care of himself, be him and be confident. He’ll be all right.”

In retrospect, Stoops took the blame for his team’s performance against the Mocs.

“I’ve got to do a better job,” Stoops said. “It’s nobody but me. You’ve got to be good enough to win when you’re not at your best. You have to respect the game and I talk about it daily, respecting the game. …

“This game we love is about preparation and you can live with it when you do your absolute best in preparation. I’m not happy with myself in that and I’ve got to find a better way to motivate them.”