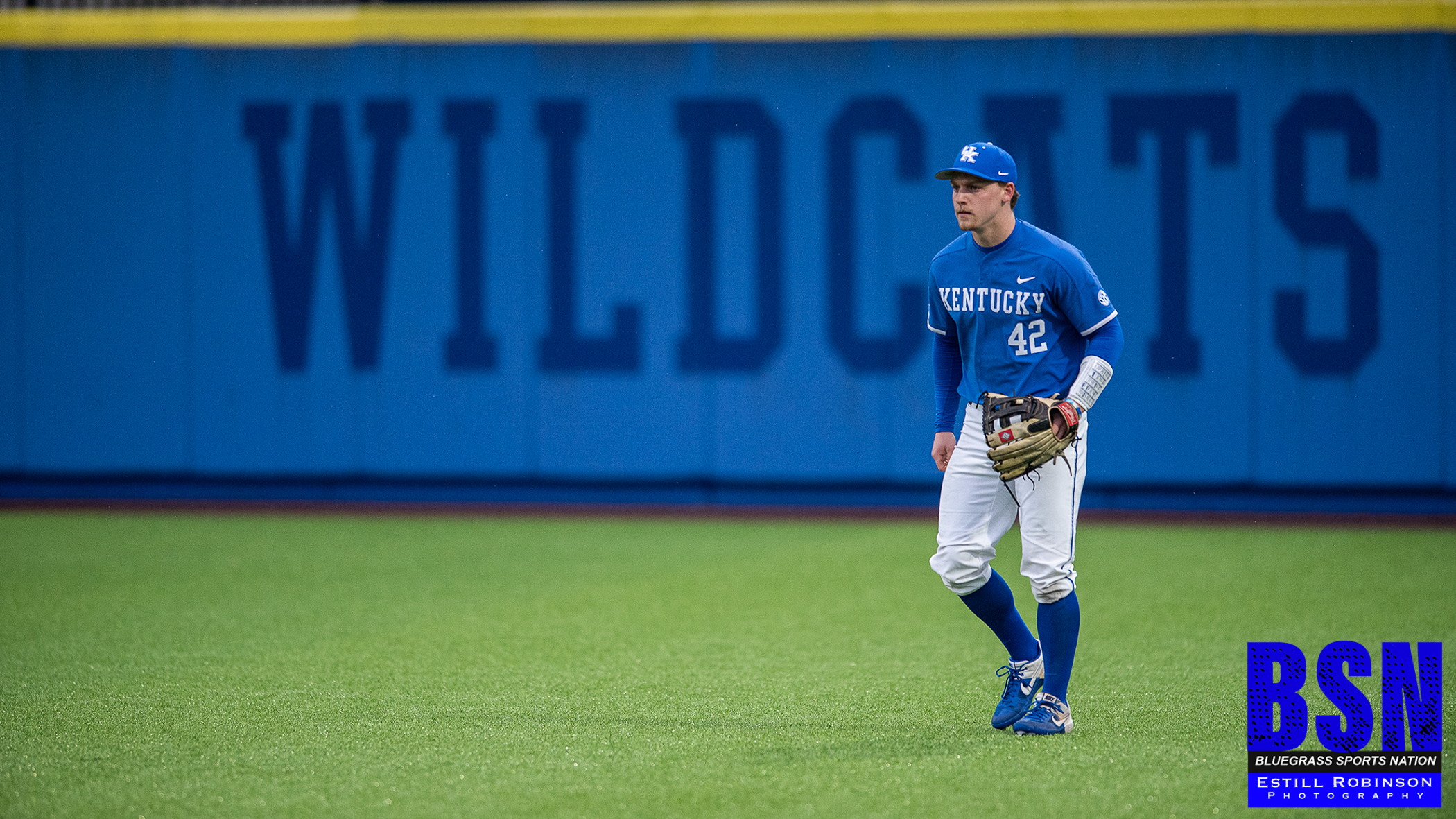 The Kentucky Wildcats got back on the diamond Friday afternoon at 4 PM for the first game of the weekend series against Appalachian State University, coming off a 9-4 win against Southeast Missouri State University Tuesday. Kentucky came into the three-game home series sitting at (1-3) on the season and (1-0) at home, looking to add a few more to the win column.

In the first game, Jimmy Ramsey was awarded the start for the Cats and Tuthill for the Mountaineers. Both teams were scoreless the first three innings. In the bottom of the fourth inning, Trae Harmon got things going for the Cats, with a homerun to left field to give them a 1-0 lead. Austin Shultz then doubled down the right field line, to bring in TJ Collet for a 2-0 lead. Kentucky added three more in the bottom of the fifth. The Mountaineers fought back in the top of the sixth inning scoring three runs, with a big double from Idol scoring two runs to cut the lead to 5-3. Kentucky added one more run in the bottom of the sixth inning to put the score to 6-3. In the bottom of the seventh inning, TJ Collett went yard to center field to extend the Kentucky lead to 7-3. Sophomore, Hunter Rigsby from Rockcastle County came in the top of the ninth inning to close it out for the Cats throwing eleven pitches at 93,93,94,93,93,79,93,93,92,92,and 94 striking out the side to seal the game for Kentucky.

Jimmy Ramsey was given the win for Kentucky to put him at (1-1) on the season and moving Kentucky to (2-3) on the season. Kentucky was led at the plate by Austin Shultz going (2-4) with three RBI’s, TJ Collett going (2-3) with a homerun and two RBI’s, Trae Harmon going (1-4) with a homerun and one RBI, and Elliot Curtis going (1-4). Kentucky scored seven runs, had six hits, committed one error, and left four runners on base in game one of the weekend.

In the second game of the series with a first pitch starting time at 1 PM on Saturday, Mason Hazelwood was given the ball for Kentucky and Roberts for Appalachian State. Appalachian State got on the board first in the top of the second inning, scoring one run to give them a 1-0 lead. In the bottom of the second, the Cats responded with Jaren Shelby hitting a two-run homerun to left field, scoring Trae Harmon to put the Cats up 2-1.

In the top of the third inning, the Mountaineers added three more runs to the board, including a two-run homerun by McGowan to give them a 4-2 lead. In the bottom of the third inning, Oraj Anu singled to second base, scoring Matt Golda to bring the Cats withing one. TJ Collett grounded out to second base, scoring Elliot Curtis. With bases loaded, Coltyn Kessler walked, scoring Oraj Anu to put the score to 5-4. With bases loaded once again, Jaren Shelby walked, scoring Austin Shultz to put the score to 6-4. Trae Harmon was brought in off a balk on the pitcher to increase the lead to 7-4.  John Rhodes contributed a double down the left field line, scoring Jaren Shelby and Coltyn Kessler. Elliot Curtis hit a three-run homerun down the right field line, bringing in Matt Golda and John Rhodes to give the Cats a 12-4 lead with ten runs scored in the bottom of the third.

The Cats added one more in the bottom of the fourth inning with a double from Coltyn Kessler do left field, scoring Trae Harmon to put the Cats up 13-4. In the bottom of the fifth inning, the Cats added four more runs, including a three-run homerun from Trae Harmon to increase the lead to 17-4 after five innings. In the bottom of the seventh inning, the Cats tagged four more runs to up the lead to 21-4, including a single from Corbin’s Chase Estep, being his first collegiate hit and RBI. Appalachian State was unable to score after the third inning, with a final score of 21-4 to improve Kentucky to (3-3) on the season.

Mason Hazelwood got the win for Kentucky to put him at (1-0) and improved Kentucky to (3-3) on the season to get them back to .500 baseball. Kentucky was led offensively by Elliot Curtis going (3-5) with a homerun and three RBI’s, Trae Harmon going (2-2) with a homerun and three RBI’s, and Oraj Anu going (2-5) with an RBI. Kentucky had nine different players that contributed a hit.  Kentucky scored twenty-one runs, had thirteen hits, committed two errors, and left three runners on base in game two of the three-game series.

In game three of the series, with a 1 PM starting pitch game time, Dillon Marsh was the starting pitch for Kentucky and Martinez for Appalachian State. Appalachian State got things going first, getting three runs across the plate in the top of the third inning to take a 3-0 lead on Kentucky. The Mountaineers added two more in the top of the fourth to increase their lead to 5-0. Kentucky responded with one run in the bottom of the fourth with a solo homerun from Austin Shultz to cut the deficit to 5-1. In the bottom of the fifth inning, John Rhodes doubled down the left line, scoring Breydon Daniel. Matt Golda singled through the left side, scoring John Rhodes. Trae Harmon hit a two-run homerun to left field, scoring Matt Golda to tie things up 5-5 after five innings.

In the bottom of the seventh inning, Matt Golda hit a solo homerun to left field to put Kentucky up 6-5. Appalachian State responded in the top of the eighth inning, scoring one run to tie the game 6-6. In the bottom of the eighth inning, Zeke Lewis flied out to center field, scoring Austin Shultz to give Kentucky a 7-6 lead going into the ninth inning. However, the Mountaineers were able to get a run across the board to tie things up at 7-7. Both teams remained scoreless until the bottom of the fifteenth inning, Oraj Anu drew a walk with bases loaded to score Matt Golda to give Kentucky a walk-off walk for the win with a final score of 8-7.

Kentucky improves to (4-3) on the season and (4-0) at home, looking to keep things rolling this upcoming week with five home games as they take on Tennessee Tech University Tuesday at 4 PM, Eastern Kentucky University Wednesday at 4 PM, and then another three-game weekend home series against the University of North Carolina Wilmington with start times at 4 PM Friday, 1 PM Saturday, and 1 PM Sunday. Everyone get out to Kentucky Proud Park and cheer on the Wildcats.