CATS Take One on the Chin, Falter Down Stretch in Loss to Auburn 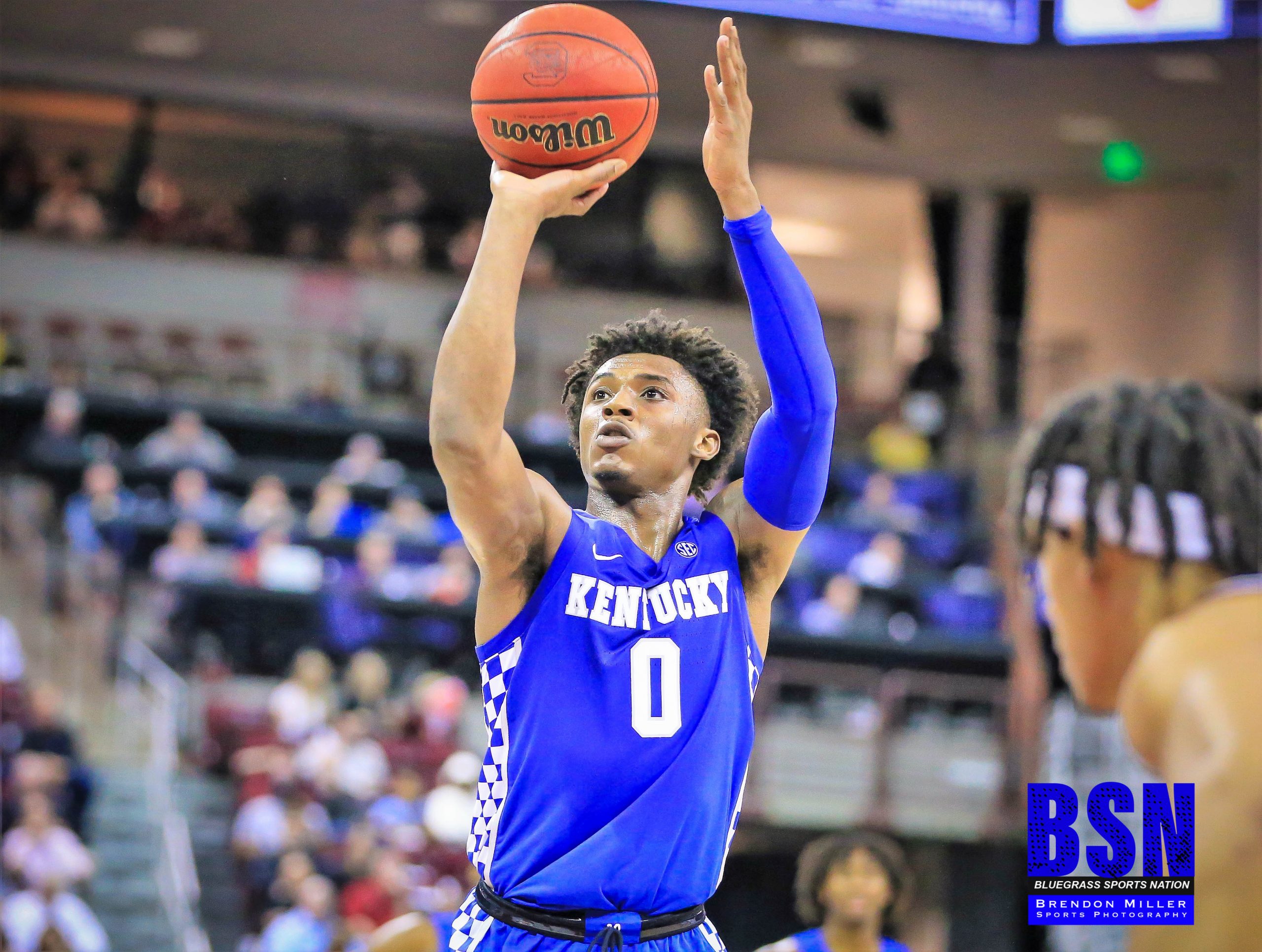 Kentucky could have pointed fingers at the officiating following a 75-66 loss at Auburn Saturday night, but the Wildcats know the loss goes much deeper than blaming the referees, especially in a hostile environment.

Although both teams were whistled for 49 fouls and host Auburn made 33 on 44 attempts, the most against any John Calipari-coached team at Kentucky. Calipari said the Tigers’ style of play contributed to the foul fest.

The loss ended Kentucky’s four-game losing streak and dropped the Wildcat to 16-5 overall and 6-2 in the Southeastern Conference. The Tigers improved to 19-2 and 6-2 in league play.

“It (was) a tough game,” said Kentucky guard Immanuel Quickley, who led the Wildcats with 23 points. “Just like last year, we had beaten them in the regular season and they got us when it mattered. We’ve just got to move on and keep building toward March.”

Fouls hampered both teams, but Calipari said his team a broke down in all phases. Auburn owned the rebounding battle (42-28), fouled out Kentucky point guard Ashton Hagans and limited Nick Richards to just seven points, his lowest offensive output in the league this season.

“Rebounding is just toughness and they out-toughed us today,” said Quickley.

Calipari said the difference was his team’s lack of rebounding on the offensive end of the floor. Overall, the Wildcats scooped up just six offensive rebounds and managed just five second-chance points.

“That came down to toughness,” he said. “(Austin) Wiley just had a field day on Nick and not many people have done that to Nick (this year), but he did. There were six of seven offensive rebounds where we didn’t leave our feet. We didn’t jump, I’m like, ‘what is going on’?”

Quickley said Wiley was tough to handle in the post. Wiley finished with 12 points and grabbed 10 rebounds.

“You have to give credit to Austin Wiley, he’s really a physical presence,” Quickley said. “He’s really and he’s been around college basketball for a while now and so he knows what it takes and he played really good today. We know how good Nick is and I’m sure he will bounce back. We’re not really worried about Nick.”

In addition to lack of rebounding missed shots on offense, Calipari said the end of the first half led to his team’s second-half downfall. The Wildcats led by as many as seven points, but could hold a lead and it took a buzzer-beating 3-pointer by Tyrese Maxey to keep the Wildcats in the lead n at 35-34 at the break.

“We didn’t play good, but give them credit because, they did what they had to (to win the game),” Calipari said. “The end of the (first half) really, really hurt us. We’ve got the game in hand and we just come down against the press and what in the world? We don’t play that way. … We all had a bad day, me included. We all had a bad day.

“There’s not one guy in our (locker) room that played well, but give Auburn the credit, They were more physical, they created more fouls than us and the crazy thing is, we had our chance — 62-60 with the ball and we’re OK, let’s go and we don’t do what we need to (to win).”

Kentucky’s players agreed, even Quickley who spent most of his time keeping the Wildcats together in Hagans’ absence..

Even when he was in the game, Hagans, was ineffective and scored just five points and committed six turnovers, compared to just three assists, the least the sophomore guard has dished out since he recorded three in a 67-64 setback to Evansville on Nov. 12.

“He struggled,” Calipari said. “It’s hard because Tyrese (Maxey) is not ready to run a team yet. Possessions matter, they really do and when you’re not in that mindset, you’re just playing and exchanging baskets.”

The Wildcats have a quick turnaround going into Tuesday’s showdown against Mississippi State, which carries a two-game winning streak into the contest. The Bulldogs defeated Tennessee 86-73 Saturday and have won five of their past six games.

“They’re beating everybody by 20 (points),” Calipari said. “And you know what they are, they’re physical. They push us around like we got pushed around today, it’s going to be a hard one for us.”