CATS Take Over First Place in SEC; Poised to Jump Back into Top 10 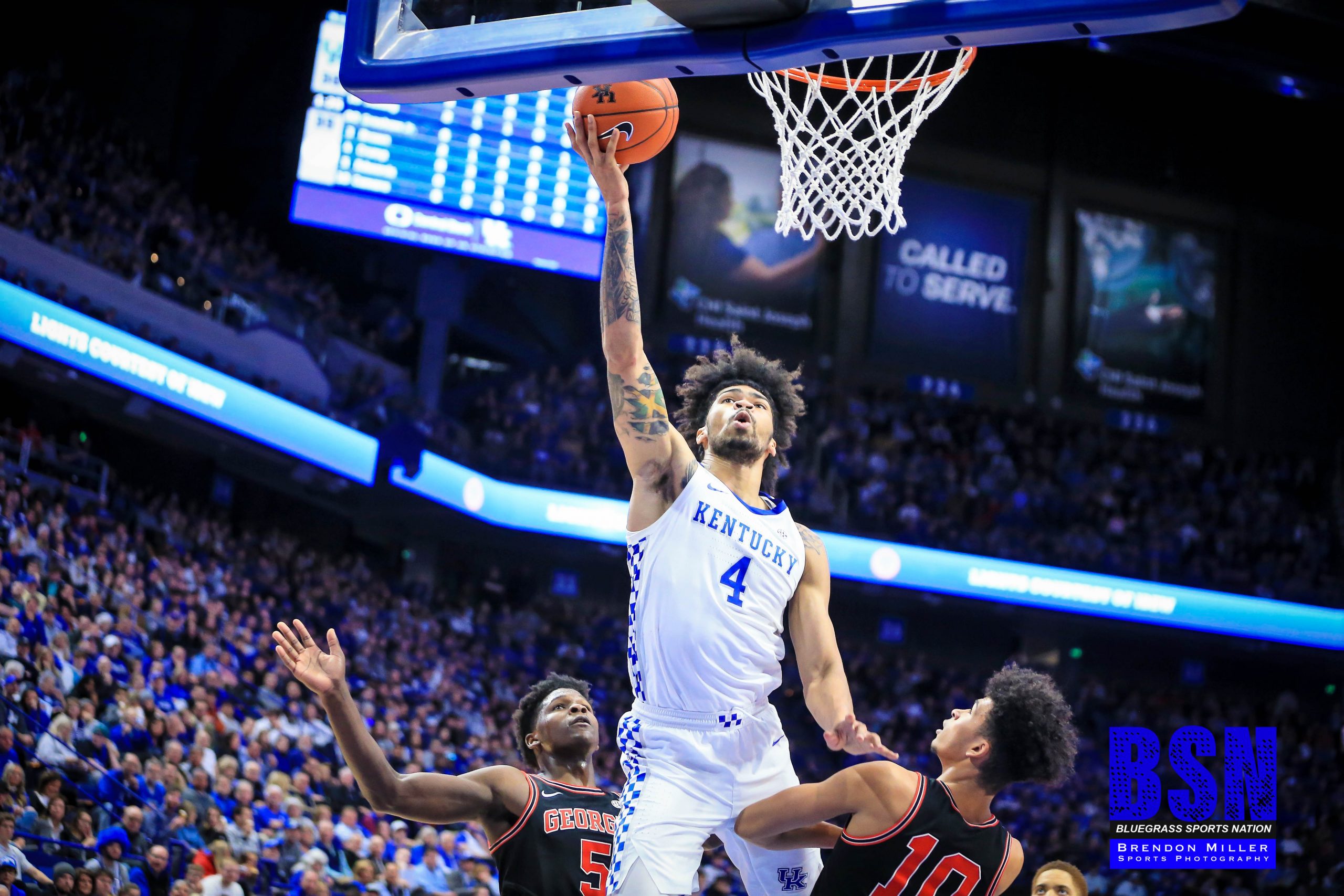 A shakeup atop of the Southeastern Conference standings took place Saturday after co-league leaders LSU and Auburn suffered losses on the road.

The 11th-ranked Tigers dropped a shocking 85-73 setback at Missouri that ended the team’s seven-game winning streak.

“Missouri played really well,” Auburn coach Bruce Pearl said. “They were really good offensively. We weren’t good defensively. Missouri averages in the high 60s. They scored 85 tonight. That was a real issue for us. We had a hard time guarding them.”

LSU suffered an 88-82 setback at Alabama and has lost three of its past four games. Kentucky, which defeated Ole Miss 67-62 on Saturday, is in sole possession of first place in the league with a one-game lead over both set of Tigers.

Kentucky plays at LSU on Tuesday and plays host to Florida Saturday at Rupp Arena. Auburn will try to get back on track at Georgia on Wednesday. Kentucky is 20-5 overall and 10-2 in the league. Auburn (22-3) and LSU (18-7) are each 9-3 in the league.

The Wildcats, who have won four straight, also figure to move up in the Associated Press Top-25 poll this week. Teams that are currently ranked ahead of the Wildcats — Auburn, Seton Hall and Louisville — each lost on Saturday.

Kentucky used a big second half to hold off the Rebels at Rupp Arena, its first weekend home game in more than a month.

“As you go through seasons, all you want to see your team do is fight,” Kentucky coach John Calipari said. “They’re not going to be perfect. They’re not making every shot. They’re going to have bad shooting nights. You just want to see them fight, and I would guess our fans — just fight. Don’t get pushed around, just fight. And we’ve had teams come in here and make every shot, and okay, you lost.”

The playing surface at the Exactech/O’Connell Center was renamed Billy Donovan Court in honor of a coach that led the Gators to back-to-back national championships from 2007-07.

“It’s just really emotional for me, and I’m really humbled,” Donovan said. “I’ve always said this: It takes a lot of people to really contribute and help. … Everybody contributed. I’m just thankful that I was around such great people. I think that’s what it speaks to is the quality of people that I was fortunate enough to be around here at Florida.”

Donovan currently serves as coach of the Oklahoma City Thunder.