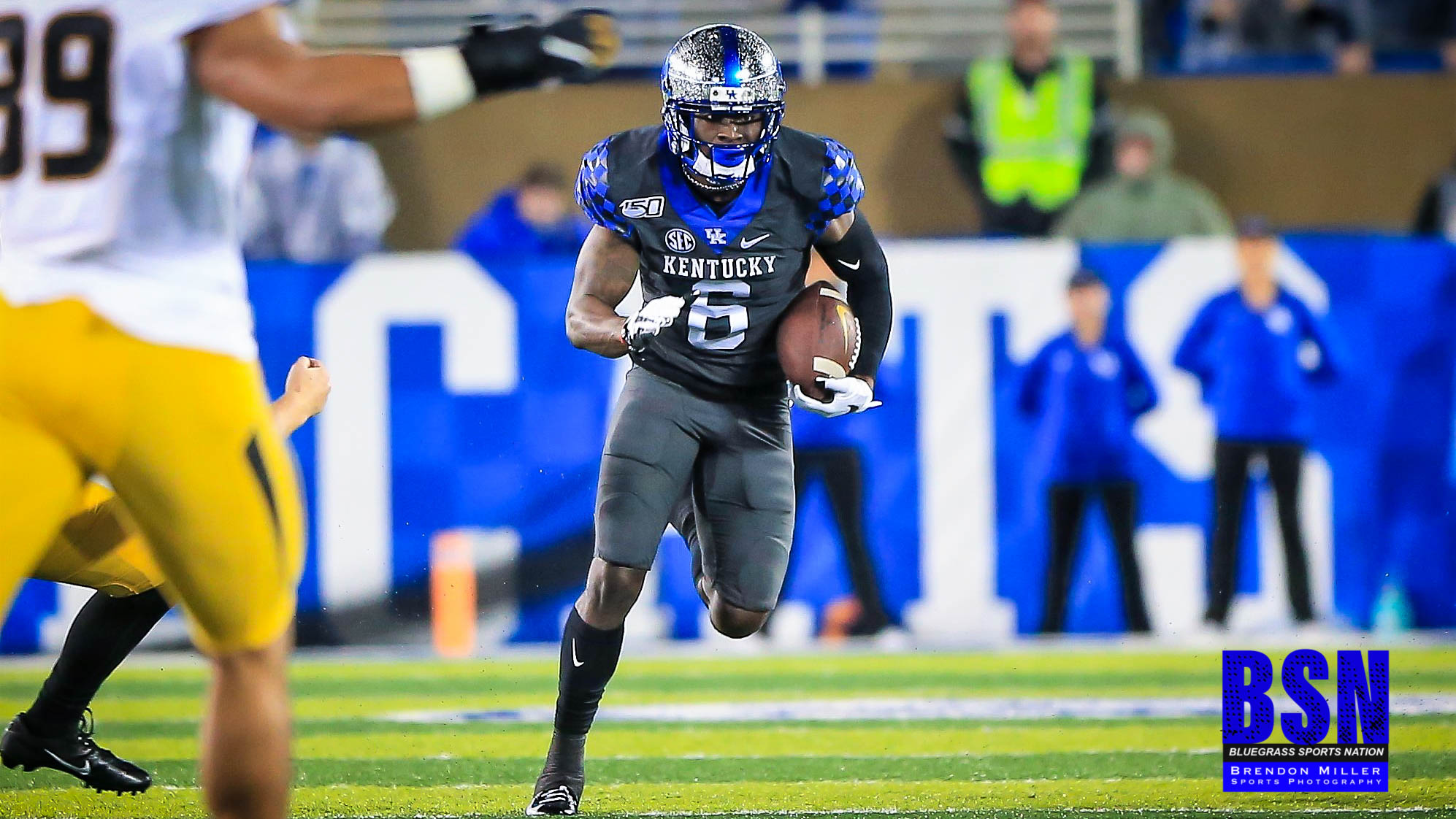 Kentucky picks up a crucial victory against Missouri.

Yesterday, the Kentucky Wildcats squared off against the Missouri Tigers. Despite heavy rain, 48,446 people filed into Kroger Field for last night’s game.

After a scoreless first quarter for both teams, the Kentucky offense found their stride in the second quarter by scoring 22 points. However, the defense’s performance can’t be understated either, as Missouri was held scoreless in the first half. Missouri scored on a 74-yard touchdown pass early in the third quarter, but other than that, it was a relatively routine second half. The final score was 29-7 in favor of Kentucky.

Five Key Takeaways From The Game

As expected, Lynn Bowden had a phenomenal game. Bowden carried the ball 21 times for 204 yards and two touchdowns. Through the air, Bowden went three of seven for 54 yards. On the season, Bowden now leads the team in receiving yards, rushing yards, and kick/punt return yards. That’s incredible. Also, Bowden’s 204 rushing yards against Missouri ranks in the top 10 in school history for rushing yards by an individual player in a game.

Bowden took over at quarterback two weeks ago against Arkansas due to a multitude of injuries at quarterback. Ultimately, it was an injury to Sawyer Smith which led to Bowden becoming the starting quarterback. Smith has been battling a various of injuries for a number of weeks, and his status has remained cloudy throughout.

In the second quarter, Bowden was shaken up after a run, so Kentucky put Sawyer Smith in the game. Bowden returned to the game after three plays. In Smith’s three plays at quarterback, he did throw one pass, and his arm appeared to be 100%.

At this point, with all of the uncertainty surrounding Sawyer Smith’s health of late, it is hard to figure out Kentucky’s quarterback situation. After the game, Stoops was asked if Bowden was going to be the starting quarterback moving forward regardless of Sawyer Smith’s health, to which he responded, “Well, I think you all can see what’s going on out there, it’s pretty hard to take him out. So, I don’t know. … We’ll see. Sawyer is getting better and it’s nice to be able to have the option to go with both guys. Once again tonight, the conditions made it extremely tough to get him (Sawyer Smith) out there tonight.”

2. Wait, Kentucky Just Did What?

Kentucky just beat a (5-2, 2-1 SEC) Missouri team which was ranked in the top 25 last week. Not only did the Cats get the victory, but they won by a whopping 22 points with their third/fourth string quarterback while only attempting eight passes in the whole game.

It wasn’t even a decade ago that Kentucky had back-to-back two-win seasons, and now Kentucky is beating a solid SEC program soundly with a wide receiver at quarterback. Beyond that, Kentucky has now won five straight games against Missouri. It truly is amazing to think how far this program has come in Mark Stoops’ tenure.

Last night, Kentucky only attempted eight passes. While Missouri did have to account for the passing game, it was clear that the majority of Kentucky’s offense was going to come on the ground. Despite this, Kentucky averaged 6.2 yards per carry last night. No matter the conditions or what kind of offense you are running, any time you average over six yards per carry against an SEC defense it is highly impressive.

It goes without saying that Max Duffy is one of the most impactful players on the team. Last night, Duffy averaged 52.4 yards per punt. He is an absolute weapon and plays a big role in helping Kentucky win the battle of field position, which means so much to an old-school coach like Mark Stoops.

In last night’s game against Missouri, nearly midway through the third quarter Kentucky was forced to punt from their own nine-yard line. With most punters, Missouri would start their drive in Kentucky territory, but not with Duffy. Duffy proceeded to kick a 70-yard punt, pinning Missouri at their own 21-yard line. Duffy was standing in the end zone when he got the snap, yet Missouri’s drive began deep in their own territory. He is crazy good!

Mark Stoops is in his seventh season as the head coach of Kentucky. Defense is Stoops’ calling card, so it’s no surprise that he’s developed a tremendous defensive unit at UK. For example, Kentucky has allowed 34 points or less in 22 straight games, which is the longest active streak in the nation. Also, entering last night’s game, Kentucky was tied for first among FBS teams for the fewest passing touchdowns allowed (three).

Ultimately, the defense has had to deal with an immense amount of adversity this season and have been put in tough situations at times. There have been times throughout the season where the offense lacked production or the opponent would start their drive in Wildcat territory due to an offensive turnover. In last night’s game, for example, there were two drives where Missouri took over near midfield due to a Kentucky turnover; each drive resulted in a punt. That is phenomenal. In part due to the success Kentucky had defensively last season with Josh Allen, this defense isn’t getting the level of respect they deserve.

Kentucky’s next game is on November 9th, at home against Tennessee. The time of the game and the channel the game will be shown on have yet to be announced.