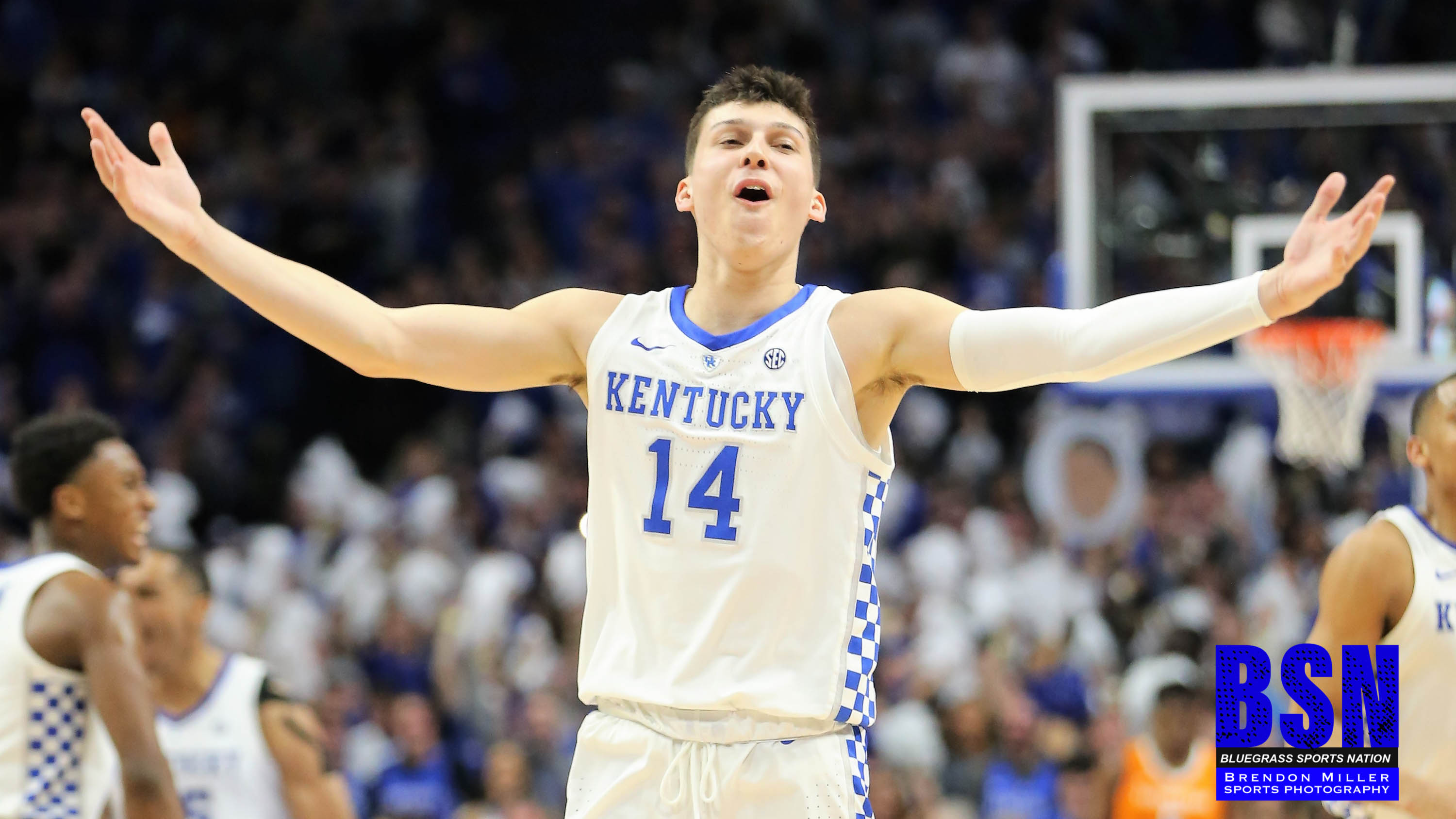 The Wildcats/Volunteers match-up is a historical rivalry that have lost some of the excitement of the past few years. Tennessee, however, have seen recent success since hiring Rick Barnes as the head coach. Which includes getting his team ranked #1 in the country before coming into Rupp Arena. Tonight was the 226th time that Kentucky and Tennessee have played each other, but this was the first time that they played each other while both teams are ranked in the top five. The Big Blue Nation knew what the game meant for the season and the filled Rupp Arena and cheered for their Cats louder than they had all season.

The first half was the P.J. Washington and Keldon Johnson show. Washington scored the first 7 points for the Wildcats and when the offense began to stall Johnson scored 11 straight points. The pair combined for 20 of the first 23 points of the game and it look like Tennessee didn’t have an answer for them.

It was a very physical first half, but Kentucky didn’t allow the Volunteers to shoot a single free-throw in the entire half. The Cats also out rebounded the Vols 17 to 11 and forced five turnovers. Kentucky would lead by as much as eight, but took a 6 point lead into the locker room 37 to 31. Washington and Johnson both scored 13 points and were the leading scorers at the half.

It was a great start to the second half for the Cats as they scored 5 straight points, prompting a timeout by Tennessee with only 53 seconds into the half. Kentucky went on a 14-0 run pushing their lead to 20. It looked as though Kentucky was going to run away with the game, but Tennessee would not go away. The Vols went on an 13 to 0 run to cut the Cats lead to 11. The Wildcats went to P.J. Washington who scored the next four points and the Volunteers were never able to recover.

It was a convincing 86-69 victory for the Wildcats in a game that could be a final four match-up. Washington lead all scorers with 23 points. Tyler Herro got a double-double with 15 points and 13 rebounds. The Cats had an impressive six blocks and six steals in the victory.

This was a great game to measure how our Cats can perform in March. They weren’t an team that could be bullied and held their own under the basket scoring 36 points in the paint while only allowing 20. It was a great atmosphere tonight as the BBN saw their Wildcats destroy the #1 team in the nation.

Kentucky’s will travel to face the Missouri Tigers for their next game on Tuesday. It will be a late 9:00 P.M. tip and can be viewed on ESPN.