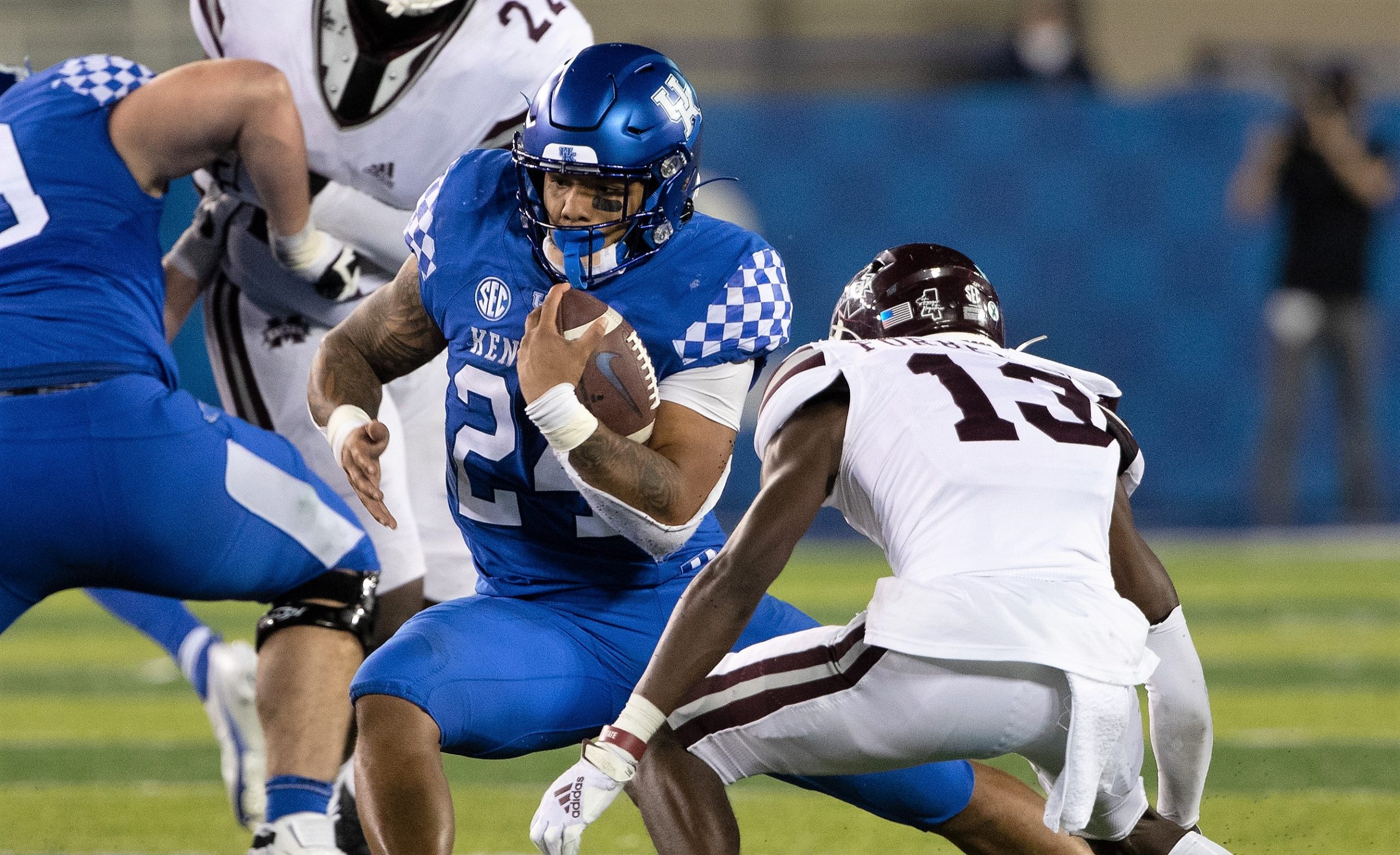 After an (0-2) start to the season, Kentucky desperately needed a win on Saturday against the (1-1) Mississippi State Bulldogs. Although UK played competitive games against Auburn and Ole Miss, BBN would have most assuredly been discouraged if the blue-and-white fell to (0-3). There was a sense of urgency for Kentucky to win. Fortunately for BBN, the Cats emerged victorious.

Game Recap:
Each team’s offense struggled in a scoreless first quarter, which saw 32 combined plays for just 103 yards. In the second quarter, Terry Wilson opened up the Kentucky offense on a 51-yard run, which gave Kentucky the ball at the Mississippi State 14-yard line. Two plays later, Wilson finished the drive with a 12-yard touchdown pass to tight end Keaton Upshaw.

It took only one play for UK running back Chris Rodriguez to find the end zone on a two-yard TD run. Kentucky led 14-0 with 3:48 to play in the opening half.

On the ensuing possession, the Bulldog offense responded with a 13-play drive and faced 2nd and goal at the UK 4-yard line with little time remaining in the half. The UK defense delivered for BBN as linebacker Jamin Davis intercepted Costello on the final play of the second quarter. At halftime, Kentucky led Mississippi State 14-0.

In the third quarter, with 5:49 remaining, the Bulldogs scored on a safety when the Cats attempted to punt from the UK 48-yard line. The snap sailed over punter Max Duffy and was eventually kicked out of the end zone by Duffy for the safety. UK led 14-2 at the end of the third quarter.

The Kentucky defense recorded three of its six interceptions in the fourth quarter, which included one by Jordan Wright that was returned eight yards for a UK touchdown with 6:25 to play in the game. From there, the Cats cruised to a 24-2 victory.

What’s Next?
Kentucky’s next game is scheduled for Oct. 17 as the Cats play at Tennessee. The matchup is slated to begin at noon and will be televised on either ESPN or the SEC Network.