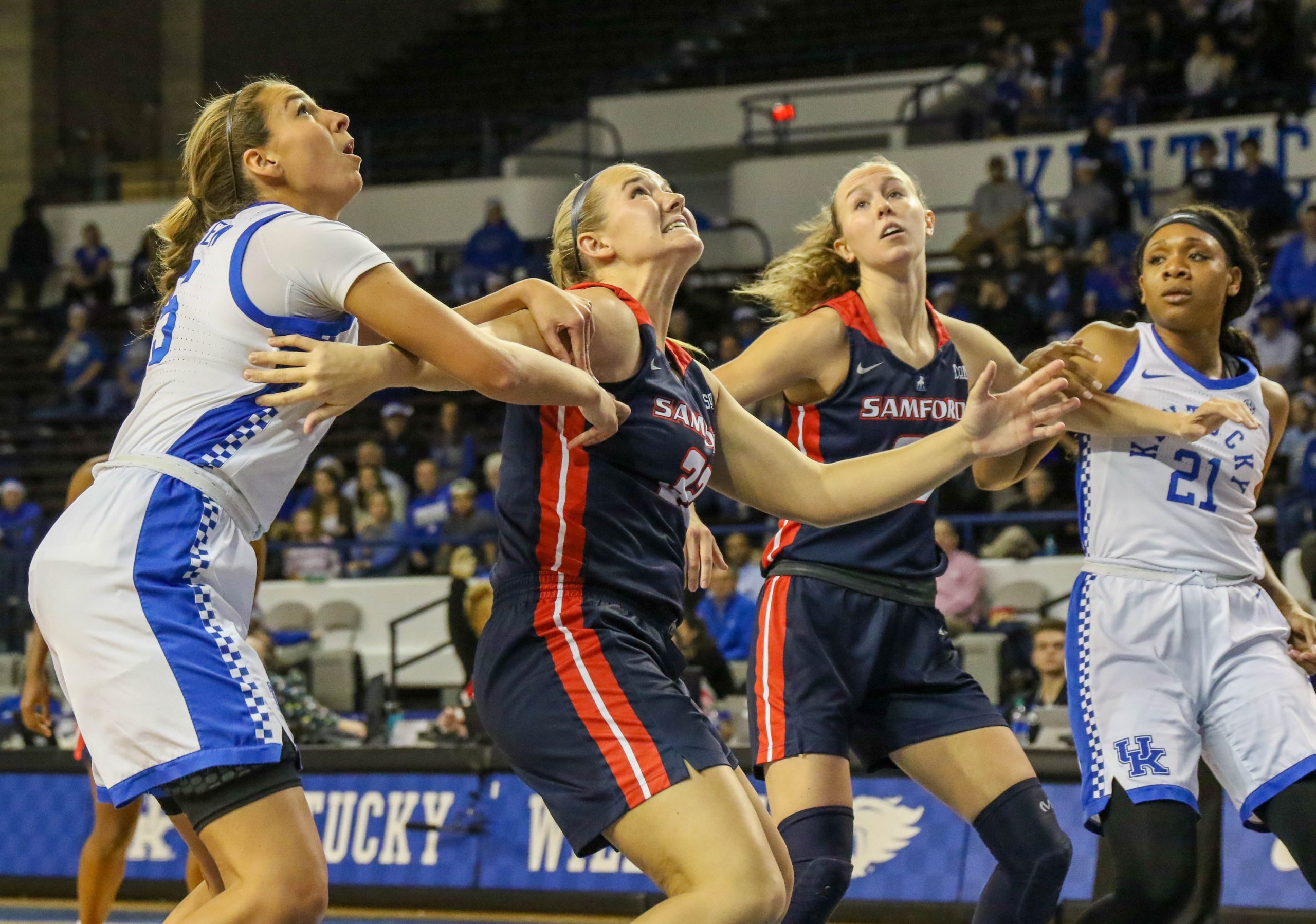 The No.15 ranked Kentucky Wildcats women’s basketball team improved to 9-0 on the season after a dominating win over the visiting Bulldogs of Samford.

After a quick 9-0 start by the Cats following a pair of threes by sophomore guard Rhyne Howard and senior guard Sabrina Haines chipping in one herself, the bulldogs responded with a run of their own to finally take a 14-13 lead with 6 minutes remaining in the first.

It wasn’t until a timeout with around 3 minutes to play in the first quarter that Coach Mitchell would spark a fire behind his team.

Following the timeout Kentucky seemed to put the gas pedal down and did not look back for the remainder of the half, ending the half on a 13-2 run, making their final 3 of 3 shots, and exploding to a 41-20 halftime lead.

The first half stat sheet was filled by Rhyne Howard, who tallied 16 points on 6-9 shooting from the field, 2 rebounds, and 3 assists. Additionally, Amanda Paschal was a big contributor in the first half, chipping in 8 points of her on a perfect 4 of 4 shooting, along with 3 rebounds and 4 assists.

The 2nd half started out and finished as more of the same, with the wildcats proving why they’re a top 15 team in the country.

Kentucky established and had their dominance in full display the last 2 quarters, tacking on 38 more and securing a 79-49 victory.

The Cats won the battle in almost every single category whereas a team they gathered 35 rebounds, dropped 23 assists, and forced 18 turnovers.

Kentucky was once again led by guard Rhyne Howard who finished the day with a career high 30 points, and added 6 rebounds, 3 assists and 3 steals.

After tying her previous career high of 29 points on Wednesday morning, Rhyne truly 1 upped herself today by staying hot and setting her new career high of 30 points.

“My teammates and coaches were really helping me and telling me what I needed, it felt really good to finally break that 29….the standing ovation after (I got taken out) was great, the fans are always there to pick me up and it was great,” stated Rhyne when asked about her performance today.

The Wildcats improved to 9-0 this season and will continue their current home-stand on Wednesday night against Winthrop at 7pm at Rupp Arena in their final tune-up before facing No.2 ranked Louisville next Sunday at 1pm in Rupp Arena.