CATS Win in Yet Another Comeback 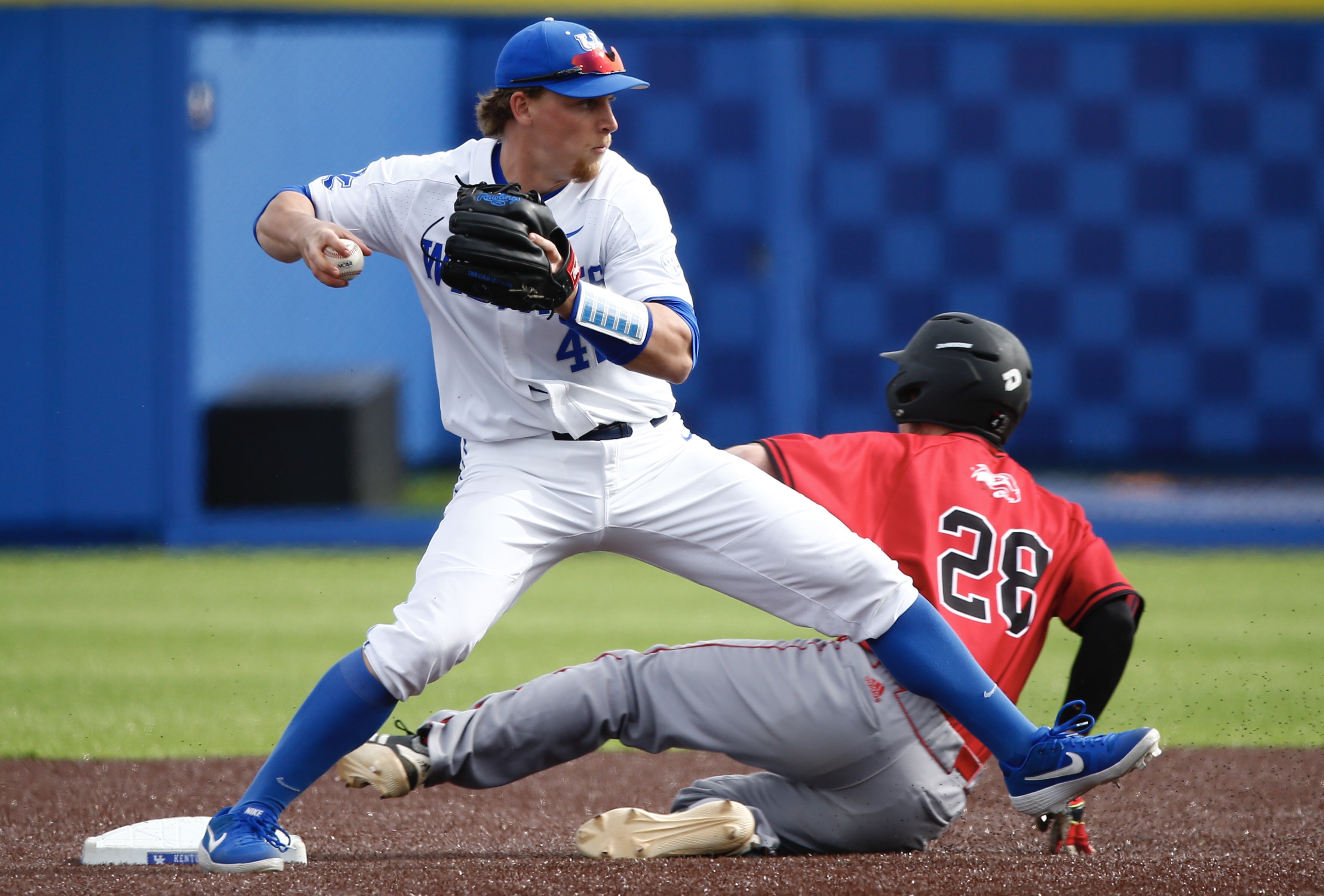 LEXINGTON, Ky. – Ryan Shinn delivered a game-winning hit for the second time in three days and the Kentucky baseball team rallied for 6-4 victory over SIU-Edwardsville with a four-run eighth inning at Kentucky Proud Park. It was the Wildcats’ eighth come-from-behind win in 12 total victories this season.

Shinn lined a two-run single to right-centerfield to play hero for the second straight game after his two-run walk-off home run on Sunday vs. Middle Tennessee. His clutch hit came after junior infielder/outfielder Elliott Curtis pulled a two-run single into right field to tie the score at four after the Cats (12-4) entered the inning down 4-2.

The comeback was ignited by Coltyn Kessler’s double into the right field corner, followed by an Austin Schultz single and Cam Hill walk to load the bases. Curtis then put a quality swing on a 2-1 pitch, scoring Kessler and Schultz to tie the game. After Breydon Daniel walked to re-load the bases, Shinn went the opposite way with another impressive swing in a critical moment.

Sophomore right-hander Daniel Harper earned his second win of the second by extricating the Cats from a jam in the top of the eighth and handling the final three outs in his second inning of work as the UK bullpen held the Cougars scoreless over the last four innings.

UK will next host Western Kentucky on Wednesday afternoon before traveling to Baton Rouge for SEC Opening Weekend against No. 11 LSU. First pitch against WKU is set for 4 p.m. ET.

·         Kentucky has scored in 80 consecutive games and 156 of the past 157 dating to the 2016 season. The lone shutout came in a seven-inning game. The current streak is the seventh-longest in school history.

·         The Cats now count eight come from behind wins out of the 12 total victories this season.

·         All nine Cats in the starting lineup reached base safely and eight had hits.

·         Senior OF Ryan Shinn now has reached base safely in 15 straight games. He also has nine doubles on the season.

o   Shinn recorded the game-winning hit for the second straight game, this time a two-run single in the eighth.

·         Sophomore C/INF Coltyn Kessler extended his career-long hit streak to 10 games and his reached base safely streak to 11 games.

·         Junior OF Jaren Shelby extended his reached base safely streak to 10 games.

The Cats welcome Western Kentucky to Kentucky Proud Park on Wednesday in the front end of a home-and-home with the Hilltoppers. First pitch is at 4 p.m. ET. The game will be aired on SEC Network Plus. Audio coverage can be found via UKathletics.com.