CATS With Season Opening Win – Who Did Well? 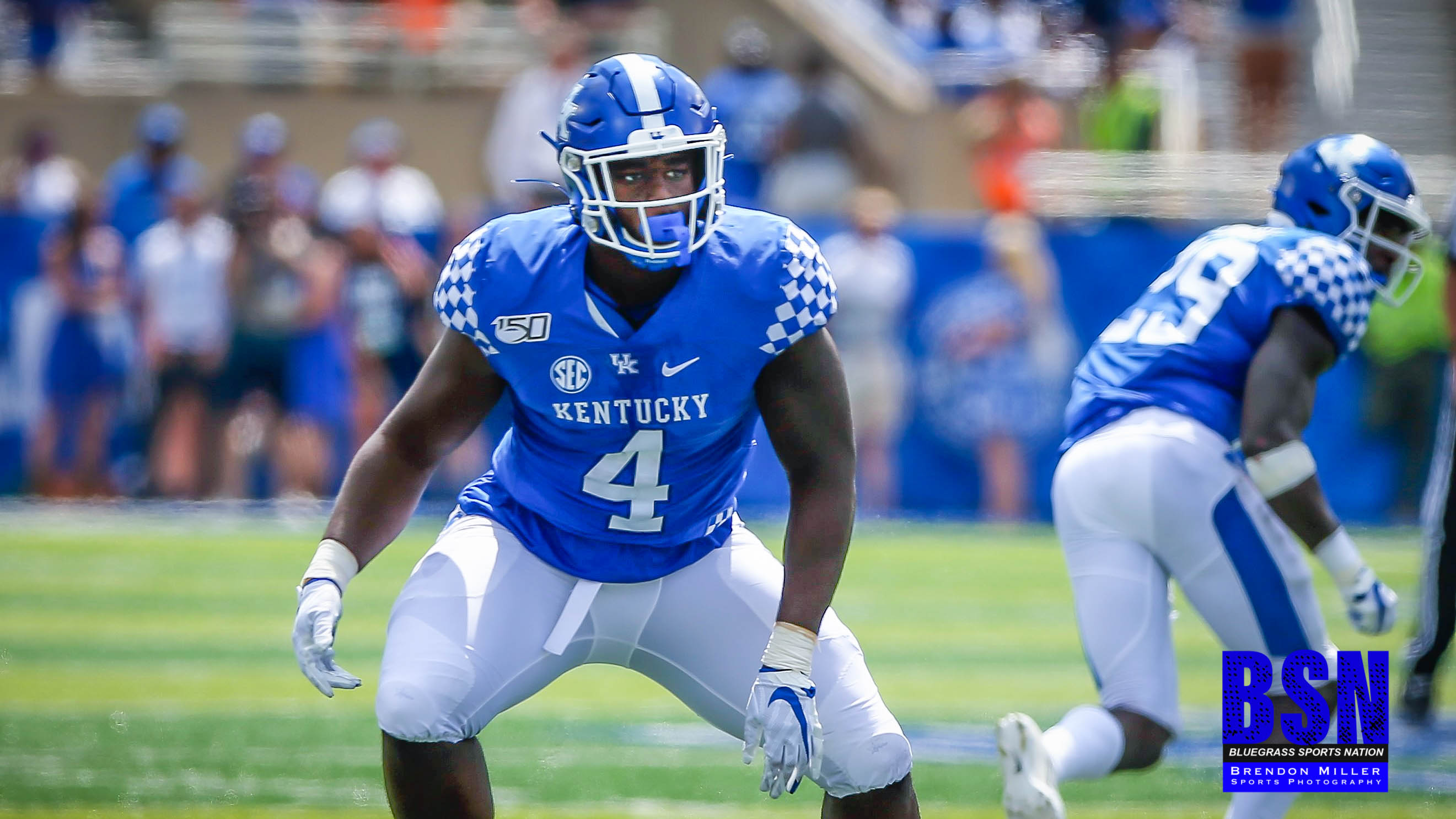 The Kentucky football program started their season today in a home game against the Toledo Rockets. The game was tied at halftime, but ultimately Kentucky was able to walk away with a 38-24 victory.

As for the wide receivers, Lynn Bowden had six receptions for 77 yards on eight targets. Ahmad Wagner stepped up as a receiving threat to go opposite of Lynn Bowden. Wagner had three receptions on five targets for 57 yards, including a 40-yard catch and run where he broke several tackles along the way. Redshirt freshman Bryce Oliver made a leaping catch for a 32-yard touchdown on his only reception of the game. There were two targets given to the tight ends. Both went to Keaton Upshaw who had two catches for 19 yards. The offensive line played well allowing only one sack which came late in the game.

Defensively, linebacker DeAndre Square had 11 tackles, 0.5 sacks, and an interception. Kentucky totaled four sacks from five players. The Kentucky defense held the Rockets to 5.42 yards per play. Toledo did very well on third down with a 44% conversion percentage, going 7-16.

Coming into the game, Kentucky’s inexperienced secondary was viewed as a possible weakness; however, Toledo went 11-25 through the air for only 166 yards, no touchdowns, and one interception.

The special teams played well today for Kentucky. Punter Max Duffy averaged 54.0 yards per punt on six attempts with a long of 61 yards. Kicker Chance Poore made his only field goal attempt of the game, which came from 46-yards out.

After the game, Kentucky head coach Mark Stoops said, “It’s always a good thing when you walk in and you win by 14 points and you’re frustrated in a lot of ways, but that’s okay. We’re striving to be the best we can. We left a lot on that field, but we also did a lot of good things.”