CHRIS VARNEY INDUCTED into the KHSBCA HALL of FAME 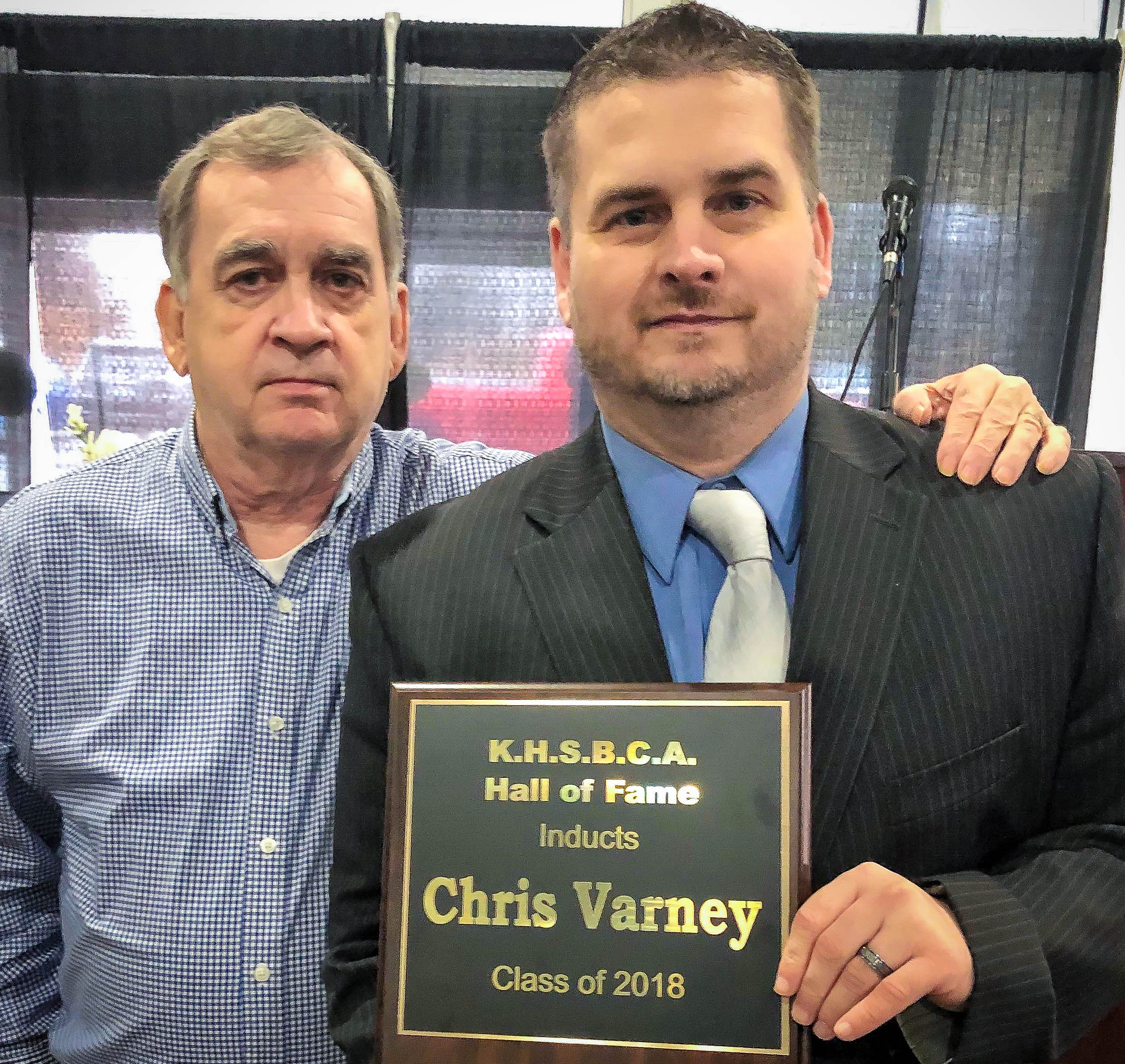 Coach Chris Varney, was inducted into the Kentucky High School Baseball Coach’s Association Hall of Fame this weekend in Louisville at the groups annual clinic. Varney played his high school Baseball at Hazard High starting in 1991 as a seventh grader through his senior season in 1996. During that time he was part of two 14th Region Championships, one of which resulted in a Final Four appearance, and one Regional Runner-Up. He finished his playing career at Alice Lloyd where he played 4 years.

After his playing days were over, he started his coaching career with a one year stint as the Head coach at June Buchanan. That was followed by a three year stop at Hazard as an assistant where he won two regional titles before moving into the head coach role at Powell County High School in 2006. During his 12 year stay at Powell County, Coach Varney won two Regional Championships (2006, 2012) and was Regional Runner-Up three times (2010, 2013, 2015). Coach Varney is currently the head coach at Montgomery County High School where he has was regional runner-up in 2018. In all as a coach, he has been part of seven District titles along with four Regional Titles and an overall record of 313 wins and 173 losses. He was named 14th Region Coach of the Year in 2006 and 2015.