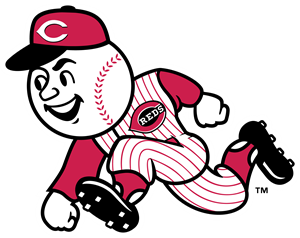 By Mark Sheldon MLB.com @m_sheldon
Outfielder Mason Williams had his contract selected from Triple-A Louisville and will replace Winker on the 25-man roster. To make room for Williams on the 40-man roster, infielder Alex Blandino was transferred to the 60-day DL.

In 89 games, Winker batted .299/.405/.431 with seven home runs and 43 RBIs. In the ninth inning of Monday’s 2-1 win over the Cardinals, he had to dive to the ground while running to second base to avoid being struck by a Tucker Barnhart line drive. He was officially diagnosed with a right shoulder subluxation.

Mark Sheldon has covered the Reds for MLB.com since 2006, and previously covered the Twins from 2001-05. Follow him on Twitter @m_sheldon and Facebook and listen to his podcast.