Clay Travis once Called UK fans, “Dumbest in the country” 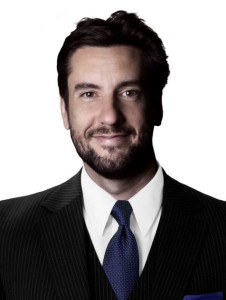 We ran this article a few years ago by UK Hater Clay Travis. He recently attacked Coach Cal for “Paying Players”. This may be the most needy and desperate media person in the country. He is trying to do what Matt Jones of KSR has already done, and corner the market on sensationalism in media reporting. Clay Travis, in an attempt to get notarized has once again attacked UK basketball, and once again, proving, he is the biggest idiot in the United States.

The Ten Dumbest Fan Bases in America: #2 The Kentucky Wildcats

You’d have the state of Kentucky.

Kentucky is the chinstrap bearded white guy in the oversized jean shorts and high top tennis shoes who rolls up to your tailgate and says, “Yo, where the bitches at?”

Not surprisingly, “the bitches” are never with him.

And who do the vast majority of dumb Kentuckians root for? Kentucky’s basketball team, of course.

Intelligent Kentucky basketball fans — and there are at least a handful — solemnly acknowledge this fact.

There is no worse human being on earth than a Kentucky basketball fan and an Alabama football fan.

Have you no shame, Wildcat fans?

Of course not. The man they named their arena after, Adolph Rupp, actually got the NCAA death penalty for a year.

What can you say? Cheating is in the Wildcat fan DNA, right down to its present day savior, John Calipari.

John Calipari is the only man alive who has twice had NCAA Final Fours stricken from his record. When he coached at Memphis, Kentucky fans hated him and called him a cheating liar. The moment the Wildcats hired him he became a saint who was unfairly maligned by everyone.

If you root for Kentucky you probably failed the GED.

What’s the dumbest stereotypical Kentucky fan like in his element?

He lives in a mini-trailer behind his mom and dad’s actual trailer.

The trailer is made to be pulled behind a truck, but there are no cement blocks to hold it up when it’s not attached to a truck so when you enter the “house” you have to walk uphill to the back.

The only furniture is a bed, which is constantly sliding down towards the door.

Inside the trailer there is one poster, a faded Rick Pitino Kentucky Wildcatsschedule from 1992 that is affixed to the ceiling above where the bed is supposed to be. Occasionally he has pretend conversations with Rick Pitino after he’s had too much to drink, but he’s ashamed of this fact and only admitted it to his second wife once and, DAMNED IF THAT BITCH DIDN’T USE IT TO KEEP CUSTODY OF THEIR LABRADOR RETRIEVER MIX NAMED NAZR.

He has worn a Jeff Sheppard jersey to four consecutive weddings, only three of which were his own.

His three wives have had six children while married to him, but he has failed to be the father five different times when he was tested for child support.

The sixth child was brown and they didn’t test him to see if he was the father.

Secretly he’s hoping that Tiffanye — with an e, yes, that’s how you really spell it — wasn’t lying when she told him that Tony Delk was the baby daddy.

But he kind of doubts that Tony Delk hangs out at the Frankfort Ruby Tuesday.

Although come to think of it, that kid really didn’t have a neck either.

That made him kind of sad because Frankfort is a bad ass town.

You know who is from Frankfort?

Johnny F’ing Depp could have been born anywhere in the world and he was born in Frankfort. So there.

He actually lives in between Paris and Frankfort in a town without a name.

In addition to Kentucky basketball, Johnny Depp being from Frankfort, and what Rick Pitino looks like shirtless, he is proud of other, unexpected things. For instance, he regularly praises the “cave systems” of Kentucky when he calls in to talk Wildcat basketball.

He has been to Mammoth Cave for 42 consecutive years and he recently got a tattoo of Mammoth Cave on his right arm.

A picture of Rick Pitino, of course.

The only time he leaves the state is for Kentucky basketball games in Nashville or Atlanta.

Last year he made $12,462 working part-time at Walgreen’s before taxes and spent $4,828 on SEC tourney and NCAA basketball tickets.

He owns 12 different versions of the UK 2K t-shirts and thinks whoever came up with the connection between UK and 2k is a “genius.”

He doesn’t have a television in his trailer so he has to watch the UK games in his parent’s trailer.

When he knocked on the trailer door late to watch a late night game from Hawaii, his dad once showed up at the door completely naked holding a shotgun.

“You crazy knocking on a man’s trailer door this late at night? It’s so dark out here I thought you were Tony Delk,” his dad said.

“Wait, dad, has Tony Delk really been coming around here?”

Then his dad watched the entire Kentucky game with him naked while cleaning his shotgun.

Last year he failed the GED for the fourth time, but he’s planning on a fifth try.

Because Rick Pitino tells him he can do it late at night when they talk to each other.