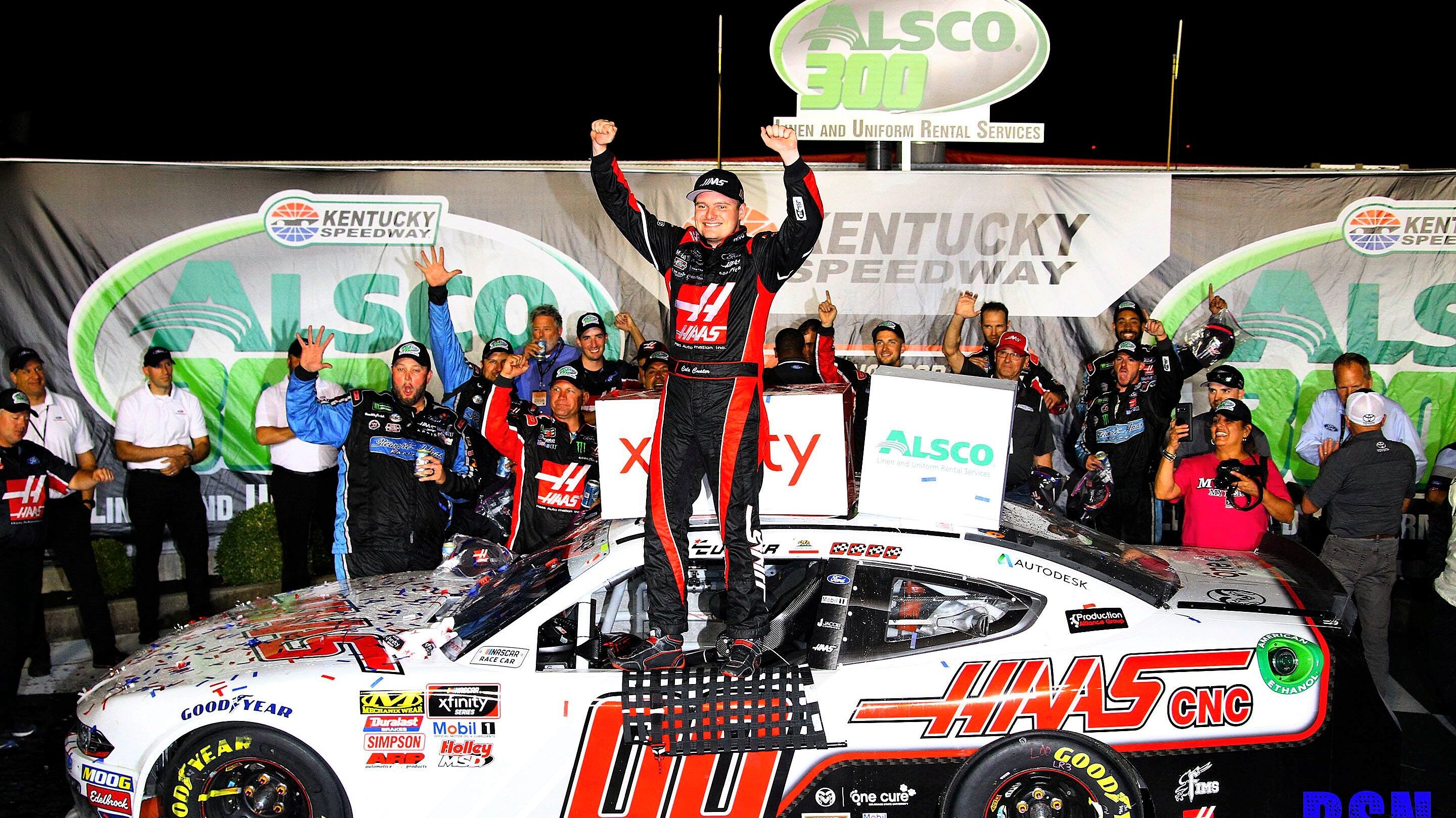 The NASCAR Xfinity Series stopped by Sparta, Friday night for the annual Alsco 300 at Kentucky. The second jewel of the triple header weekend hosted by the Kentucky Speedway.

Stewart-Haas Racing’s Cole Custer No. 20 Ford held off Toyota’s Joe Gibbs Racing’s No. 20- Christopher Bell to earn his fifth checkers of the season.  This victory is his second win in the last three races and his third victory in the last six races.

Bell, who has four wins this season, won the first two stages and checked  off 72 laps between both segment.

Cole Custer seized the opportunity to regain the lead from Stewart-Haas Racing teammate Chase Briscoe’s No. 98 Ford on Lap 111 of 200.

Bell charged from fifth to second after a restart on Lap 97 but had nothing for Custer.

As the Sun was setting in the Commonwealth, Bell’s racing team neglected to adjust the necessary adjustment for final Stage for contention.

Cole Cluster’s Ford dominated the Final Stage, checking off  88 of the scheduled 200 circuits.

On lap 155, Cole Cluster patientlyregained back the lead on Lap 155 pulling away from Christopher Bell’s Toyota at a margin of 1.651 sec. to secure the victory.

Exclusive Sports Coverage brought to you by your Mountain Sports Connection-BluegrassSportsNation and our great sponsor of our Kentucky Speedway coverage – PDQ Sales and Service in Jackson!!!